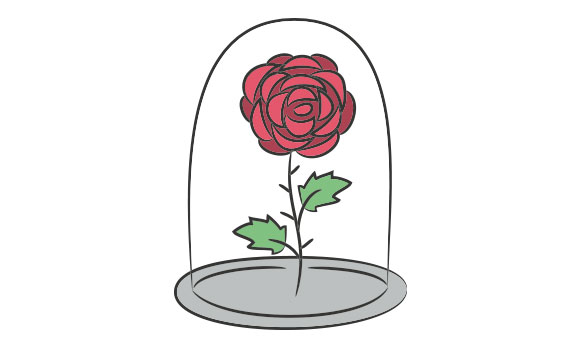 In the upcoming movie remake Beauty and the Beast, the main character Belle is kept prisoner by a mean Beast whom everyone hates and fears, yet Belle somehow sees the good in him, which (not-so-spoiler-alert) transforms him. What does Judaism say about seeing the good in other people? Thanks!

What I’m going to say may surprise you – and I’m sure it’s not what Allison had in mind when she forwarded me this question – but I’m going to go with “hate and fear the beast.” Let’s look at the facts:

1. The Beast is holding Belle captive against her will. This is not something good people do. Seeing the good in him in such a situation is not admirable, it’s called Stockholm Syndrome. Belle will require years of therapy.

2. I saw the cartoon, and the Beast was prone to lashing out in fits of anger, slashing things with his claws. In my opinion, caution is called for among such volatile people.

So, yes, I’m going to tell you to judge people favorably but at the outset I’m going to set some parameters. When a stranger pulls up and offers you a ride in his van, you do NOT “judge him favorably” and get in. That’s a good way to get an episode of Law & Order: SVU based on your life. You exercise caution and get away.

Okay, judging others favorably. Where do we start? I guess at the beginning: the mishna in Pirkei Avos (1:6) tells us, “Accept a teacher upon yourself, acquire a friend for yourself, and judge every person favorably.” But what does it mean to judge everyone favorably? Let everyone in jail go free? No, clearly some people are guilty but until the facts are in, we should give them benefit of the doubt, similar to the secular legal principle of a presumption of innocence. This includes considering the possibility of improbable situations as in the following famous story:

A man worked for three entire years, at the end of which he asked for his wages only to be told by his employer that he had no cash. The worker asked for produce as payment, only to be told that there was none of that either. Whatever he asked for – livestock, real estate, utensils – the boss said he didn’t have any. The man went home for the holidays dejected. After Succos, his employer showed up with the man’s wages plus five donkeys carrying expensive gifts. After enjoying a banquet, the boss asked, “What did you think when I said I had no money?”

“I assumed you had invested it in a sudden opportunity,” the man replied.

“And when I said I had no livestock?”

“I assumed you had rented them out.”

“And when I said I had no produce?”

“I assumed you hadn’t taken tithes yet.”

And so on for all the other things the boss had claimed not to have. When this exchange was finished, the boss exclaimed, “Everything is exactly as you said! As you judged me favorably, so may God judge you favorably!” (Talmud Shabbos 127b)

This presumption of innocence is commensurate with a person’s actions and the reputation he has earned. For example, if you see your rabbi (or any observant Jew) coming out of a McDonald’s, it’s appropriate to assume that he went in to use the restroom. If you see him driving on Shabbos, you should assume that there’s a medical emergency. But if you have a Jewish neighbor who doesn’t keep kosher or Shabbos, there’s no reason to assume anything beyond the apparent.

Which brings us back to going too far in this matter, as with a potentially dangerous Beast. Rabban Gamliel once hosted a stranger in his home. He set the guest up with a bed on the roof but he removed the ladder. (People in those days used the roof for all sorts of things so this was not unusual.) In the middle of the night, the guest tried to rob the house but the ladder was gone, so he fell to the ground.

“You didn’t judge me favorably!” the man complained.

Don’t get me wrong – it’s extremely important to judge others favorably. Seeing the good in others is a sign of the good in ourselves (Nishmas Chaim). People are punished for suspecting innocent people of wrongdoing (Talmud Shabbos 97a) and the way we judge others is how we ourselves will be judged (Shmiras HaLashon). Seeing others positively is definitely a characteristic we should cultivate within ourselves but within healthy parameters. In other words, STAY OUT OF THE VAN.