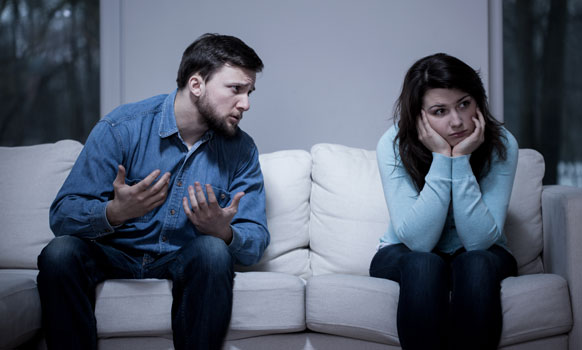 How Can I Accept A Pre-Yom Kippur Apology That I Know Is Insincere?

I know that I’m supposed to resolve my differences with people this time of year, but I don’t know what to do. There’s someone I know who will do a perfunctory apology like they do every year, but it will be insincere. This individual has a history of hurting me again and again in the same way each year, so I don’t know how I can forgive. But if I can’t forgive, how am I supposed to go into these Days of Awe and ask God to forgive me?

The apologies we extend have to be sincere. If they aren’t, we’re not obligated to accept them. (This is true of both apologies extended to man and those extended to God. One of the “al chaits” we recite is for “lip service” confession – we’re required to say it and to mean it!) If someone has a track record of repeating the behavior, that doesn’t mean they’re insincere in the apology. They could mean it when they say it, but then slide back into their old bad habits. (Again, isn’t that true of many of the “new year’s resolutions” we make each year? We mean them when we say them but our good intentions don’t always last too long.)

When it comes to being dan l’kaf z’chus (judging others favorably), there’s a little-known rule that you don’t have to be a patsy. Rabban Gamliel once hosted a stranger and he removed the ladder to the roof where the guest was sleeping. The guest got up in the middle of the night to rob the house and fell to the ground in a crumpled heap. The guest complained that Rabban Gamliel hadn’t judged him favorably, to which Rabban Gamliel replied that giving others benefit of the doubt doesn’t preclude protecting oneself from potential harm. That seems to be good advice here, as well. If someone apologizes for previous bad behavior, give them benefit of the doubt that they mean it. But that doesn’t obligate you to allow them to have opportunities to abuse you again in the future.

Leviticus 16:30 tells us, “from all your sins before God, you will be cleansed.” That is to say that Yom Kippur only atones for sins that are between a person and God. Whatever is between a person and his fellow man, Yom Kippur will not atone until he appeases that person. Therefore, if a person is in unlawful possession of someone else’s money, he must be sure to return it and to rectify things prior to Yom Kippur. If he has money and he’s not sure whether or not it rightfully belongs to him, he should notify the other person that he wants to go to beis din with him immediately after Yom Kippur. He must sincerely resolve to act according to whatever the court decides.

If one wronged another person verbally, he must appease him. The one who performed the offense is obligated to go to the injured party to apologize. If this is too difficult, or if he realizes that his apology will be more readily accepted through a third party, then he may send someone else. The one being apologized to should forgive him sincerely and not be cruel, since that is not a trait of Jews. (The trait of the Jews is to be slow to anger and easy to pacify.) When the offending party asks for forgiveness, the one who was injured should forgive him sincerely and willingly. Even if he caused him much pain, he should not seek revenge or bear a grudge. If the one who wronged him does come to ask forgiveness, the injured party should make himself accessible to facilitate the offender asking his forgiveness. If one does not overcome his hatred by Yom Kippur, his prayers will not be heard, G-d forbid. If one rises above this inclination, all his sins will be forgiven. (The preceding two paragraphs are paraphrased from Kitzur Shulchan Aruch 131:4.)

But forgiving is hard, so how do we cultivate the trait of forgiveness? The Chovos HaLevavos presents things in a useful way. Consciously, we may recognize that God is in complete control of all things that happen to us. With this in mind, let us consider a field. If you plant crops and they fail to grow, you don’t blame the field; if they are lush and abundant, you don’t praise the field. Either way, you acknowledge that God provided that which He wanted you to have and you thank Him for it. The same is true of people. If we expect things of others and they disappoint us, we shouldn’t get angry with them. If they are successful, we should thank God. (In this case, we should also thank the person because the Talmud tells us that God only carries out good things through worthy agents.) Either way, we should recognize that God is in control, not other people.

Of course, even if things inevitably turn out the way God plans them, that doesn’t mean that other people can’t have good or bad intentions towards us. For overcoming anger towards this, I like to think about the ways in which I have wronged others. Of course, I have wronged others. We all have. But I have never intentionally wronged someone else. I may have offended because I didn’t choose my words carefully, or I didn’t anticipate how my actions would make them feel. But I never set out to hurt anybody out of spite. I suspect that’s true of most of us. Most offenses are probably caused by another person’s failure to consider others. It’s because they’re self-absorbed, not because they’re malicious. They give into their greed or anger or jealousy in order to satisfy their own impulses, not to hurt others. They may not even have considered how their actions may affect others.

That doesn’t make it good but it makes it easier to forgive. I didn’t try to hurt you, I just said a dumb thing. You didn’t try to hurt me, you just did a selfish thing. It’s easier to forgive someone for a personality shortcoming than it is for a directed personal attack. As noted, if the other person committed the offense and doesn’t seek to make amends, you’re not obligated to forgive them. But if you can find it within yourself to go the extra mile and extend forgiveness, it will no doubt come back to you in the form of your own favorable judgment on Yom Kippur