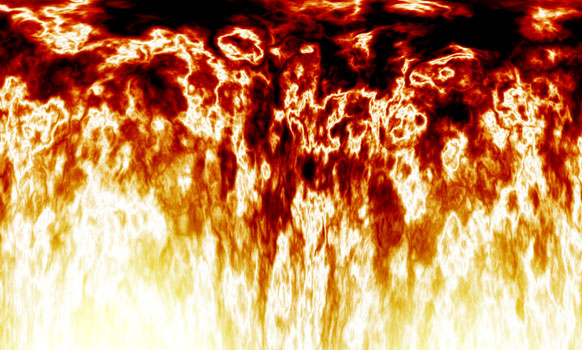 The culmination of the Three Weeks, an annual time of mourning the destruction of The Beis HaMikdash (Holy Temple) is Tisha b’Av. It is the saddest day of the Jewish year and the most calamitous in our history. So great was our pain on this day as a nation, that each year we commemorate it with significant lament. It is also the day that we mourn other tragedies that have befallen us before and since. What happened on this day in Jewish History that was so bad that we have to remember it forever? Here are 11 awful things that happened to the Jewish People on the ninth day of the Hebrew month of Av – Tisha b’Av.

1. THE SLANDER OF THE SPIES

While Moshe was leading the Jews to Israel from Egpyt, the Jews sent spies into Israel to report back on what they saw, causing most of the Jews to doubt Hashem. This caused a decree to be issued that an entire generation could not enter the Land of Israel.

2. DESTRUCTION OF THE FIRST TEMPLE

Bayis Rishon (Solomon’s First Temple) was destroyed by Nebuchadnezzar and the Babylonians on Tisha b’Av. 100,000 Jews were murdered and millions were exiled from Jerusalem. This happened in approximately 586 BCE.

3. DESTRUCTION OF THE SECOND TEMPLE

Over 500 years later, Bayis Sheini Herod’s Second Temple) was razed by Romans, who were led by Titus. This time two million Jews were killed and a million were put into exile. This occurred in the year 70 CE.

Soon after the destruction of Bayis Sheini, a group of Jews thought they had found Moshiach in a warrior named Bar Kochba, who led them in a revolt against the Roman Empire. Emperor Hadrian quashed the Bar Kochba revolt. The place of the Jews last stand, Beitar, was completely destroyed on Tisha b’Av, as over 100,000 Jews were murdered.

5. PLOWING OF THE TEMPLE GROUNDS

One year after Beitar on Tisha b’Av, General Turnus Rufus razed and plowed the Temple site and turned Jerusalem into a Pagan city, forbidding all Jews to enter it.

The First Crusade was declared by Pope Urban II on Tisha B’Av. 10,000 Jews were killed in first month. The Crusades brought death and destruction to thousands of Jews and totally wiped out many communities in Rhineland and France.

The Jews were expelled from Spain at the climax of the Inquisition in 1492 on Tisha b’Av.

In the year 1290, Tisha b’Av was the day the Jews were kicked out of England.

9. WORLD WAR I BROKE OUT

On the night of Tisha b’Av in 1914, Germany declared war on Russia. Historians agree that this act directly influenced the Holocaust’s occurrence.

On Tisha b’Av 1942, Jews were deported from the Warsaw Ghetto en masse to Treblinka Concentration Camp.

In 1941 on Tisha b’Av, Himmler yemach”shemo got formal approval from the Nazis to proceed with “The Final Solution” in which a third of all living Jews died.