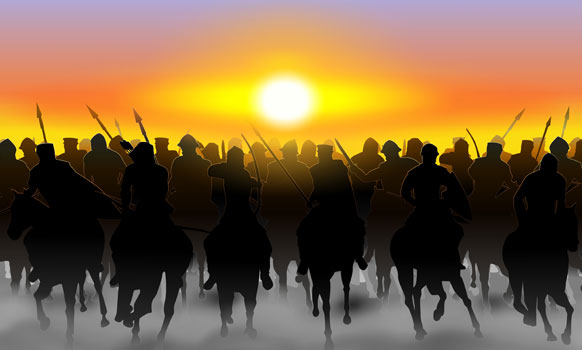 How Could The Torah Be True When It Includes Sacrifices & Genocide? Pt. 1


The following post contains excerpts of an email conversation between a Jew in the City reader and our Educational Correspondent, Rabbi Jack Abramowitz. Due to the length, it has been broken into two parts.

Am I to view the troubling and seemingly irrelevant parts of the Torah as a history book? We celebrate the receiving of the Torah every Shavuos but what are we celebrating? I know that our rabbis and educators always focus on the positive messages of the Torah but are they white-washing the facts? When reading about G-d in many troubling parshios, I don’t recognize the compassionate and just G-d that I’ve been taught to love. This is still causing me to be skeptical that the Torah is the true and binding word of G-d.

Q: I am troubled by the mitzvah of seir l’azazel (the scapegoat of the Yom Kippur service). We are taught to believe and hope and pray for a redemption and a third Beis HaMikdash. If these commandments were just for ancient time, why all the daily prayers for and reminders of those practices? I find it difficult to say these prayers and to honestly tell my children that the Torah is true and timeless.

A: The purpose of the seir l’azazel is not to inflict pain on an animal; that’s an unfortunate consequence. Regarding nature, G-d told Adam two things: to subdue it (Genesis 1:28) but also to guard it (Genesis 2:15). We see that we are permitted to use nature but not to abuse it. Hurting an animal out of cruelty is absolutely prohibited (this possibly even includes hunting for sport). But for needs, like food, we are permitted to kill animals, as our needs supersede theirs. This is true not just for physical needs, but also for spiritual needs, such as sacrifices and the seir l’azazel.

Let me try a different approach – and this may blow your mind a little but here it is! In Moreh Nevuchim, the Rambam says that the Beis HaMikdash (Temple) was NOT the ultimate form of service that Hashem desired! Think about it: there was only one Temple. People could not offer sacrifices anywhere else. People could not train to be kohanim – you had to be born a kohein. Even if you lived in Yerushalayim, you couldn’t go to the Mikdash whenever you wanted – there were a dozen forms of tumah (ritual impurity) that would keep people from attending! (Marital relations, bodily emissions, corpses, certain dead vermin, etc.) If G-d wanted us to go to the Mikdash and to offer korbanos (sacrifices), He certainly made it challenging! Contrast this with shuls the way we have them now (and, by the way, shuls did exist in Bible times as well). Shuls are everywhere and we go to them all the time. Halacha minimizes going to the Beis HaMikdash and maximizes going to shul – clearly, going to shul is the thing G-d wants us to do more!

If this is the case, why did G-d command that the Beis HaMikdash be built at all? Why didn’t He just tell us to build shuls wherever we might live? The answer, the Rambam explains, is that the Mikdash was kind of a “halfway house.” The Jews were surrounded by cultures that had temples, priests and sacrifices – it was all they knew! If G-d said, “Effectively immediately, sacrifices, incense and libations are replaced by reciting Shemoneh Esrei and reading the Torah,” the people would not have been able to adjust. The Temple was designed to transition the Jews from the practices of an idolatrous society to the way we have davening now. (So why pray for the Temple’s restoration? We’ll come to that at the end!)

Q: The killing of entire nations (seems similar to Islamic holy wars) as far as killing children of foreign nation. Even if the Torah was a leap in morality during ancient times, how am I to view all these mitzvos that don’t seem to apply to us in our times and why should the rest of the mitzvos still apply? So many of biblical law would be troubling to us if it would be practiced again.

A:  This is an extremely challenging topic, and I’m the first to admit that I struggle with it as well. It would be easy to shrug it off as the product of a less-civilized time, or to say “do not question the will of God!” but the reality is that we’re encouraged to question things – “All that God has said, we will do and we will hear” (Exodus 24:7). We agree to observe the commandments even as we struggle to understand them. What I can tell you is that, as is the case with so many other mitzvos, the reality of the situation is far more nuanced than most people assume from a surface reading.

The Torah does not encourage (or permit) genocide. There were rules of combat the army had to observe – extending offers of peace among them. Even when they did go to war, they had to leave one side open as an escape route for their enemies . This is true even of the seven Canaanite nations. Even members of Amalek could renounce their nation’s evil ways and be safe – we see an Amalekite convert in Sefer Shmuel (The Book of Samuel), plus the Gemara says that Haman had descendants who studied Torah in B’nei Brak. (Some say that Rabbi Akiva was one of them! See more here.)

But what about children, whom we would normally consider to be non-combatants? Practically speaking, they don’t really have the opportunity to renounce their nation’s ways, so how do we justify including them in this obligation? We don’t. We know that there is collateral damage in war, whether it’s carpet bombing in Vietnam or the siege on the Branch Davidian compound in Waco, but this is still a difficult concept for us. Since we don’t know who is descended from Amalek anymore, we are relieved of the burden of having to carry out this commandment, leaving our conflicted feelings strictly in the realm of the hypothetical. (Will we once again assume this responsibility when the Temple is rebuilt? Come back for part 2!) 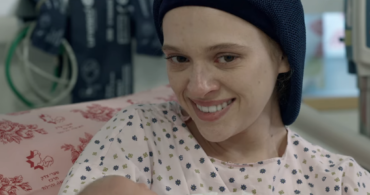 What’s the Difference Between Hasidic vs. Orthodox Jews?