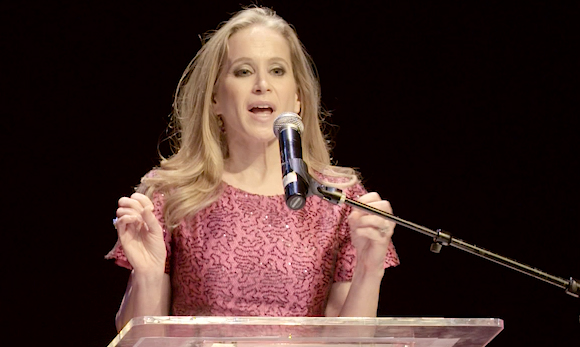 Check out this heart-warming and hilarious speech. Watch till the end!

Allison Josephs is the founder and director of Jew in the City and its division, Project Makom. Shas been involved in the field of Jewish Outreach for over twenty years, working at Partners in Torah, Sinai Retreats, and NCSY, and is the Partner in Torah mentor to actress Mayim Bialik. She was named one of NJOP’s Top Ten Jewish Influencers and was one of the Jewish Week’s 36 under 36. Allison has been quoted or written about in numerous publications, including The Wall Street Journal, CNN, The Daily Beast, Huffington Post, and Yahoo News. Allison has appeared on numerous television and radio networks including CBS, ABC, Fox5, TLC, The Hallmark Channel, HuffPost Live, Associate Press TV, and NPR; her articles have appeared in numerous publications including the anthology Like Water on a Rock, The Washington Times, Kveller, and The Forward. She is a sought-after international lecturer whose corporate clients include Con-Edison and NYU Langone and hosts a weekly radio show on the Nachum Segal Network. She received her Bachelor in Arts from Columbia University in Philosophy and lives with her husband and four children minutes from the George Washington Bridge.

Does The Torah Support Racism?