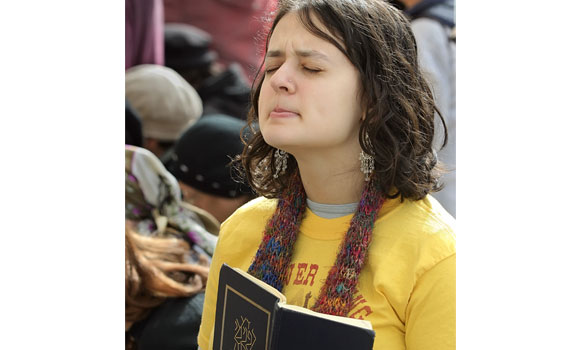 Can Orthodox Women Be Rabbis?

People have asked me to write about this topic for quite some time, but I have always hesitated because I knew that the moment I put words onto the screen, I would get complaints from those to the right and to the left of me. It is the perpetual problem of a person who tries to listen to both sides from the center and incorporate the best of each, but as this topic is in the news again, causing much dissent within the Orthodox community, I’d figured that maybe now would be the right time to jump in!

There are the two motivating factors which form the suggestion I’m about to propose in terms of how we handle this question: number one – I’m a lifelong feminist. I don’t mean it in the “women should be exactly like men way.” I mean it in the “I believe all women (and all people for that matter!) should live their lives with agency.” I also believe that women have a tremendous amount to offer the world – some talents that are similar to men and some which are uniquely, and wonderfully, women-specific. With all the ways women are contributing to secular society, it is understandable that Orthodox Jewish women want to have more opportunities to use their talents to improve Jewish life .

At the same time, I am extremely wary of change occurring too quickly and without proper rabbinic backing when it comes to matters of Jewish law and mesorah (tradition). I’m not going to go into a halachic discussion on the merits or problems of ordaining women because I’m simply (like most people) not well enough informed to have a handle on the topic. This is what I do know, though: I am the product of a movement (the Conservative movement) which was supposed to be “religious” but just more open and progressive than those “extremist Orthodox Jews.” What ended up happening to my family and community and really much of the Conservative movement at large is that the “progressiveness” beat out the “religiousness” and there is not too much left in terms of a future for Conservative Judaism. Now does every single Torah law or rabbinic enactment sit easily with me? Definitely not. There are a slew of topics I struggle with. But here’s what I’ve come to realize. The Torah, along with emunas b’chachamim (faith in our sages), is like a game of Jenga. It might seem appealing to start picking out the blocks you don’t like in an effort to “improve” it, but before you know it, the whole thing tumbles.

And that is my dilemma – wanting new opportunities for women, yet realizing that Jewish law is not determined by how many shares (or Likes) you get on Facebook, but rather the same process which has been in place for thousands of years. So this is my suggestion, which is prefaced by a question: Why must a rebbetzin (also known as a rabbanit, in Hebrew) be a position you can only marry into (i.e. by marrying a rabbi)? In our every increasingly complicated world, I know many a woman who is married to a rabbi, but who has a career which is not “rebbetzin.” And I know many a woman (present company included) who is leading and inspiring in the Jewish sphere, but without a rabbi for a husband. Such a model works if you’re the entrepreneurial type, but not every person is. This leads me to wonder, perhaps there could be a rebbetzin (or rabbanit) training program for women who didn’t marry rabbis, but who still want to have a meaningful way to contribute and be a leader within an Orthodox Jewish community.

Women could learn at high levels as they’ve been doing in parts of the Orthodox world for some time and become experts on women’s halahic issues. They could take classes on public speaking, pastoral counseling, speech writing, etc. And then they could get placed in shuls. Shuls could start having rebbetzin positions for hire. Interestingly enough, there was a legal question that came up recently in Oregon as to whether or not a rebbetzin is considered “clergy” with protected privilege status if someone tells a rebbetzin something in confidence, and the court ruled that a rebbetzin is in fact clergy! But here’s the really surprising part – my friends both to the right and to the left of me were all excited about this news!

In my on-going effort to increase unity in the Jewish people and look for ways to stop infighting (four more Jews were stabbed in Israel yesterday!) I wonder if a rebbetzin/rabbanit training program could be a compromise that we could all live with…