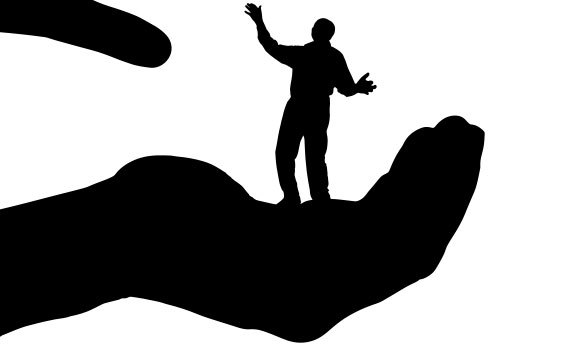 A terrible tragedy befell the Jewish people this week when seven innocent children were killed in a fire in Brooklyn. As we mourn and attempt to comfort each other through this great sorrow I have heard that there are rabbis who claim to “know” the reason these precious souls were taken from us. From time to time you’ll hear that a rabbi or leader in the Jewish community publicly assigns blame to certain groups or actions after a tragedy occurs. Is this an appropriate way to think and talk in terms of Torah philosophy?

Thanks for your question. I too am troubled by the people who claim to know the workings of God (as are the several rabbis and rebbetzins I consulted with about this topic), especially since prophecy ended two thousand years ago. There is an example from Tanach (the Jewish Bible) of people who claim to know why suffering occurs: In the book of Job, when Job loses his family, his property and becomes sick, his friends come over to tell him he is to blame. But at the end of the book Hashem appears before Job in a whirlwind and explains that His ways are beyond human comprehension:

Then the LORD answered Job out of the storm. He said: “Who is this that darkens my counsel with words without knowledge? Brace yourself like a man; I will question you, and you shall answer me. “Where were you when I laid the earth’s foundation? Tell me, if you understand. Who marked off its dimensions? Surely you know! Who stretched a measuring line across it? On what were its footings set, or who laid its cornerstone– while the morning stars sang together and all the angels shouted for joy?

Hashem goes on and on about every detail of the universe that humans have no concept of in order to show Job that our comprehension of the Almighty does not even begin to exist. But even if we could understand God’s ways, it’s not even clear if reward and punishment are meted out in this world. The Torah tells us that honoring one’s parents and shooing away a mother bird (before taking her eggs) are two commandments which will lead to a long life (the reward for most mitzvos are not given), yet there’s a famous story in the Talmud of a man named Elisha ben Avuya who witnesses a boy follow his father’s directive to shoo away a mother bird to get her eggs and then plummets to his death. Seeing this Torah reward not play out, Elisha ben Avuya becomes a heretic. He concludes “There is no Judge.” But the Talmud explains that the “long life” these commandments speak of is a reference to “long life” in the next world.

However, we are told elsewhere in the Talmud that “one who suffers should examine his actions.” (Brachos 5)  So perhaps there is an idea that some amount of punishment could be connected to our actions in this world. However, the Talmud is very clear that one examines *one’s own actions* not someone else’s. And even when we examined our actions, no one actually knows the correlation between action and suffering – it could merely be a way to introspect and grow from the challenge. But aren’t there grisly curses described in the Torah for turning our back on God’s words and ways? Of course. But we are not told which action leads to which consequence. And as the great Rabbi Yisrael Meir Lau (former Chief Rabbi of Israel and one of the youngest survivors of the Holocaust) explains in his book “Out of the Depths” he will never know the reason for the Holocaust. Neither will we.

Even if we could know the reasons for suffering, uttering such words of judgment fly in the face of the essence Judaism. As Hillel teaches the would-be proselyte how to sum up the Torah on one foot: “What is hateful to you don’t do unto your fellow. The rest is commentary.” The foundation of Torah observant Judaism is to be a mentsch and to have compassion (not judgment). The Jewish people are referred to as “rachamim bnai rachamim” (people of compassion who are children of people of compassion). And our sages command us, “Do not judge your fellow until you have stood in his place.” Even the Torah itself is described as “Daracheha darchei noam” (Its ways are those of pleasantness its paths are those of peace). Job’s friends are not wrong just for believing they know God’s ways. They are chided in the Talmud for speaking to Job with “onaas devarim” (hurtful words) when they blame him for his suffering.

And finally, the Talmud tells the story of a great Torah scholar, Rav Shimon Bar Yochai, who is often credited for writing the Zohar (which contains kabbalistic ideas – some of them seemingly fiery) yet when after seven years of studying in a cave (to hide from the Romans) he emerges from it and sees his fellow man occupied with farming and other “mundane” activities, he judges them for not being as on “high” a level as himself. “How can people engage themselves in matters of this world and neglect matters of the next world?” Shimon Bar Yochai asks as his eyes (allegorically) burn up the fields as he looks at them. But then a Heavenly Voice is heard, which says “Bar Yochai, go back to the cave! You are no longer fit for the company of other human beings.” So Rav Shimon Bar Yochai goes back to the cave to study for seven more years and learns how to appropriately act and speak to the people of his generation. Only then is he able to become a great teacher of Torah, the Revealed and the Hidden.

Allison Josephs (aka Jew in the City)