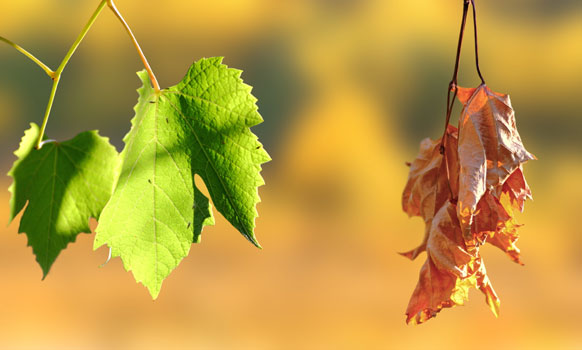 Who Will Live And Who Will Die? A Troubling High Holiday Prayer

Every Rosh Hashana we say the prayer Unsaneh Tokef :

I’ve said this prayer many times in my life, but was never bothered by it until this year. Perhaps it’s because I never considered the meaning behind the words until a couple weeks ago when I saw a video which illustrated it very literally, showing a slew of people suffering like Unsaneh Tokef describes and then concluding with “Repentance, Prayer, and Charity avert the evil Decree.” The video then suggested that the viewer make changes in his life so that next year will be a better one.

I immediately picked up the phone and started dialing the numbers of some of the rabbis I trust most. “What in Heaven’s name are we supposed to do with a prayer that seems to say that reward and punishment is so simple?” I wanted to know. “How can this prayer tell people that there’s a formula for avoiding tragedy when we see that it’s simply not true?!”

All three of the rabbis I spoke to noted that they also find the prayer difficult to understand. Each offered a different approach: the first said “repentance, prayer, and charity DO work, but we have no idea who much they work.” Perhaps things would have been even worse. Another said something similar: it’s not that repentance, prayer, and charity avert the evil decree all together, it’s that they avert the “evilness” of the degree (i.e. it would have been even worse).

I was not in love with this approach because there were probably people who did everything right on Rosh Hashana and then ended up in Auschwitz later that year, and it’s hard to imagine how Auschwitz was “not as bad as it could have been.” The final answer I got resonated the most. This rabbi explained that “who will live and who will die” is not literal life and death but rather a metaphor. The Talmud tells us that “Evil people while they’re living are called ‘dead’; righteous people while they’re dead are called ‘living.'” (Brachos 18A-B) Why? Perhaps because when you are a bad person you cut yourself off from to the Almighty Who is the source of goodness and of ALL life. When you are righteous, however, you embody Godliness and are bound to God in this world and the next.

So that answered my question about how to read “who will live and who will die” in a way that doesn’t offend good people who suffer, but then it led me to another question. If “life” and “death” are not literal in this prayer, then why does it go on to say all the (seemingly) literal ways you could kick the bucket in the year to come?

After some more thought, this is what I realized: in a society that talks about basically EVERYTHING, the one thing that most people still get an uneasy about is discussing death. It is one of the only taboo subjects left. I watched this over Rosh Hashana. One of the teens at our table was getting existential and thinking about how fragile life is, noting the tragedies that had happened that year and her father was clearly uncomfortable and eventually asked to change the subject before he walked away.

But it’s in those moments of discomfort that things can get real. It’s when we’re honest with ourselves about how uncertain our existence is and the myriad ways it could all end that we can make the resolve to live a life which is connected to the Source of All Life. Maybe that’s why the machzor goes through so much pain-staking detail. Not because it’s promising us that we can avoid these catastrophes, but rather because it’s reminding us that they will surely come. It is that feeling of vulnerability that can prompt us to turn to repentance, prayer, and charity so that we can transform into ourselves into the Godly individuals we are each capable of becoming. It is then, that the evil decree (of being cut off from the Source of Life) can be averted.

May we all be sealed in the book of life.