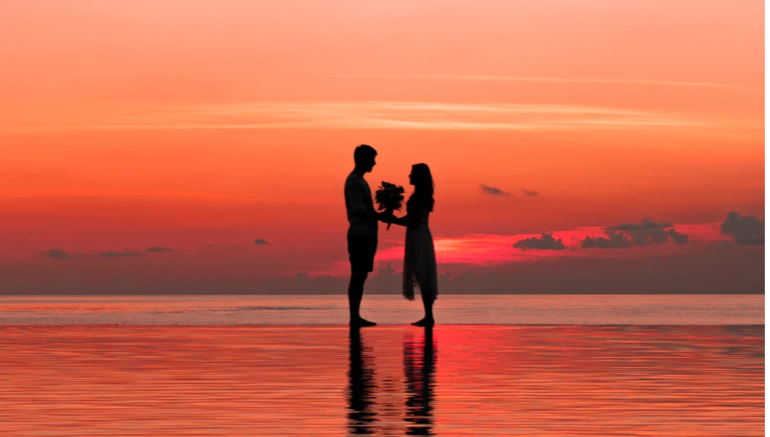 How Can I Support My Intermarried Cousin Even Though I Know She Made a Wrong Choice?

Dear Jew in the City,
My cousin recently got married to an non-Jew. How can I support her even though I know she made a wrong choice?!!!
Thanks,
A Concerned Cousin

Thanks for your question and your concern, but we need to parse your words a bit, not because I believe your intentions are anything but the best, but rather to make sure that you’re approaching the situation with enough sensitivity. First let’s look at the word “wrong.” Of course you and I disagree with intermarriage since the Torah prohibits it, but talking about it in terms of  “right” and “wrong” smacks of judgmentalism, which is something you need to steer clear of if you’re going to be able to sincerely support your cousin. (When I say “support” by the way, I mean it in the “be there for her” sense not in the “agree with her” sense.)

If your cousin had murdered someone, stolen from someone, cheated on someone, these are all things that fit into the moral sphere. These transgressions fall into the category of mishpatim, which are commandments that people could have figured out on their own had the Torah not been given.

There’s nothing that seems immoral about a Jew marrying a non-Jew, though. To a person with no Torah background, what could be wrong about two people who love each other wanting to share a life together? In fact, without Torah guiding one’s values, being against intermarriage might actually seem immoral and closed-minded.

Keeping with that theme, we also must consider the word “choice.” Based on the teachings of Rav Dessler, I would argue that for your average secular Jew, marrying a non-Jew is no more of a choice than equally liking chocolate and vanilla ice cream yet “choosing” chocolate over vanilla one day. What Rav Dessler explains is that there is something called a “bechira point” – a place in each person where there is a struggle and free will (choice) is exercised. A person’s bechira point has the ability to move based on knowledge and or personal growth.

For your average person, murder is not where their bechira point is, but telling a white lie probably is. So too, just like for your average secular Jew there’s no struggle about whether or not to keep Shabbos week to week – the answer is simply no – there’s most likely no struggle or choice involved in picking a spouse based on religion.

There are, however, some non-religious Jews who are strongly against inter- marriage even though they do not keep many other commandments. I was raised quite secularly, yet my parents always drilled home the message that we had to marry Jewish. Not because they’re racist, God forbid, but rather because, even as unobservant as they were, they were passionate about Jewish continuity.

Their issue with intermarriage was that it either leads to non-Jewish children (if the wife is not Jewish) or Jewishly apathetic children, as is often the case when a kid is raised with two religions or no religion. Unfortunately though, even when a Jew marries a Jew nowadays, that union often also leads to apathetically Jewish children as most Jews today have very little Jewish knowledge.

What I realized as a teen was that simply marrying a Jew wasn’t enough. I had to both marry a Jew AND be actively engaged in Jewish life and learning in order to be able to foster the Jewish continuity that my parents care so much about. So here’s the thing – your cousin marrying a non-Jew is obviously transgressing a Torah commandment, but she’s probably transgressing many other commandments. There’s no reason to be any less supportive of her today than you ever were. As we have established, her lack of observing is not actually based on choice right now.

Ideally she would have found a Jewish guy, but since she didn’t, we work with what we have, and what we have is a Jew, just like any other Jew who can be inspired by her heritage, and who one day will give birth to Jewish children.

True, being married to a gentile could make things more complicated if she ever decides to observe more and he does not want to convert, but honestly, there are many Jewish couples where one spouse cares to be more religiously committed than the other spouse which leads to its own challenges.

I suggest that you continue your friendship and relationship just as you have before, but make an extra effort to reach out to her Jewishly – inviting her and her husband for Shabbbos and holidays. As she embarks on married life, thoughts of children will likely come to the forefront and many people, upon bringing life into the world, start to think about the bigger questions in their own lives.

Just a final point about outreach. It shouldn’t be coming from a place of “saving” her or pitying her or having her be your project (not that I have any reason to believe that you feel this way!). Jewish outreach should only come from a place of bringing two loves together.

When I first discovered Torah living and learning, I was so overwhelmed by its depth and beauty I felt that it would be selfish to keep it all to myself. How had I gone seventeen years without anyone else getting this information to me? How could I not shout it from the roof tops? I had to and did! I dragged my family, kicking and screaming. “Come learn what I’m learning. Come meet who I’m meeting. Come experience what I’m experiencing,” I pleaded with them.

They hemmed and hawed for a while – why would they want to be around those “crazy” Orthodox Jews? But I was relentless, because I wanted to bring the people that I loved to the lifestyle and learning that I loved. It was their heritage and I wanted them to get to experience it like I did before they wrote it off. When they finally agreed to open themselves up and learn, it didn’t take long before each and every one of them chose a Torah way of life too.

In closing, remember that every single mitzvah counts no matter what happens with your cousin’s marriage. Don’t look at this union as the Jewish “end” for your cousin, with your love and efforts it will only be the beginning!

P.S. This answer is only applicable to someone who is already intermarried.