Doubling Down on Anti-Semitic Displays, Belgian Parade Features Costumes of Orthodox Jews With Insect Bodies Caricatures of Jews, including ones depicting them as ants, were prominently displayed at this city’s annual parade. The displays came a year after the Jewish Telegraphic Agency exposed anti-Semitic displays in last year’s parade in Aalst, located about 10 miles […]

The First Female Haredi Pilot & Other Orthodox Jews in the News

Comey’s Case for Obstruction of Justice Orthodox Jewish All Star Norman Eisen, chief White House ethics lawyer for President Barack Obama, is a co-founder and the chairman of CREW, Citizens for Responsibility and Ethics in Washington. In this article for NY Times, he and Noah Bookbinder discuss the background behind obstruction of justice and how […] 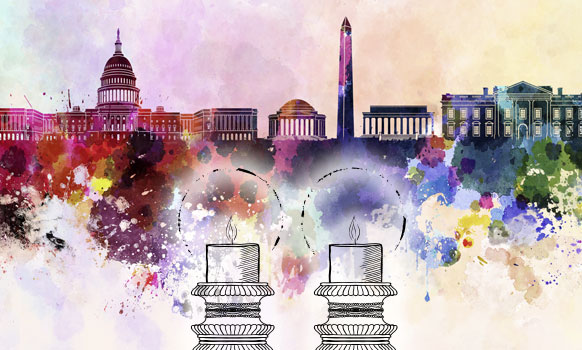 Whether we’re thrilled with our choices of candidates or not, America undeniably has election fever. As we saw recently, Orthodox Jews have always had a place in the leadership of the United States. Now, more than ever, observant Jews are making their mark on contemporary politics. Here are some Shabbos-observers who are at work in […]