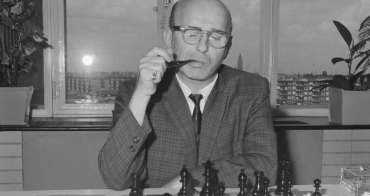 With 62 million people having viewed the Queen’s Gambit now on Netflix, the long-beloved and admired game is back in the spotlight. From its origins in 5th century India and its spread to the Middle East, to modern-day yeshiva chess clubs around the world, Orthodox Jews have long-loved the strategy-based game. But have you ever […]

For the past eight days, Jews around the world have been publicizing the Chanukah miracle. But when it comes to getting the world excited about the Maccabees, no one does that better than Akiva Poppers. “It’s the ultimate underdog story,” proclaims Poppers. But Poppers isn’t just talking about the ancient Maccabees. Poppers is the voice […]

As the attacks on Orthodox Jews continued to increase last year, during my winter break trip to Israel, I thought it would be a perfect chance for our Olympic Orthodox Jewish All Star, Bat-El Gatterer to teach our viewers some self-defense through her sport, Tae Kwondo. We spent a few weeks editing the video and […]

How Rescheduling the Olympics Gives Me Another Shot at My Dream

Due to the Coronavirus Pandemic, the 2020 Tokyo Olympics have been rescheduled to 2021. They just announced the specific dates for next year’s games and I’m doing everything I can to try and ensure the marathon isn’t rescheduled for Shabbat. It normally is always on a Sunday but in the Tokyo Olympics, things are a […]

While Lakewood, New Jersey is best-known as a center of Torah study, there is a new trend for young, budding yeshiva bochurs: playing organized sports. RZF (Redzone Football) has led the way, founded by Moshe Reichman and Yitzchak Levy who both grew up in Brooklyn, where they met in 9th grade at Yeshiva Torah Temima. They […]

Thanks to her humble beginnings on Barbie rollerblades, Orthodox Jewish Aliza Hiller is defying stereotypes as an ice hockey player in a competitive women’s league. As a kid, she actively played basketball, softball, and floor hockey, but competitive ice hockey was not an obvious passion, rather she says, “I grew to love it.” Hiller was […]