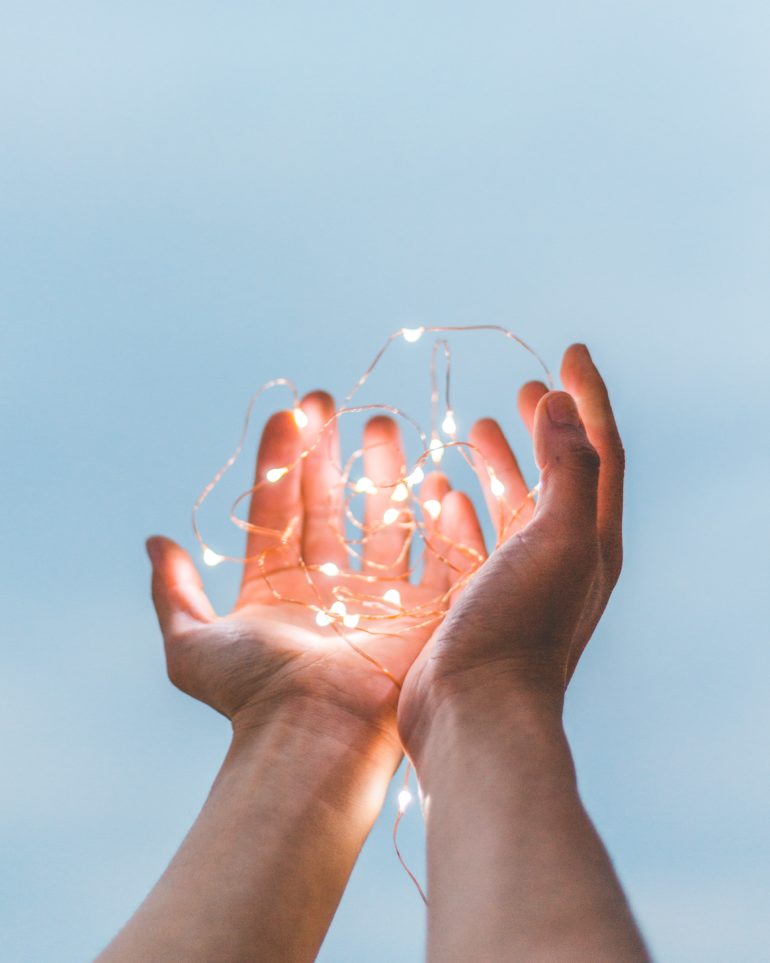 Chesed is a cornerstone of Jewish life. We encourage our children to do acts of kindness and expect the same of ourselves. Sometimes it can feel like we are going through the motions or are not really sure what the end goal is. But the word natan, to give, is a palindrome, spelled the same backwards and forwards; whatever good we do for others often comes back to us in ways we never could imagine.*

There is a famous story about Asher Bookstein, as told by Rabbi Yaakov Cohen. Three families lived in an apartment building in Jerusalem — the Bookstein family lived on the third floor. When the first-floor family installed an iron gate around their porch to prevent break-ins, the Frager family on the second floor was not pleased, concerned it would allow robbers to climb to their porch. In order to keep the peace, the Bookstein family paid out of pocket and had an iron gate built on the Frager’s floor, so their property would be protected as well. The Booksteins were happy to give in this way, expecting nothing in return.

A few weeks later, the Booksteins went out, while their fourteen-year old daughter babysat their younger children. A fire broke out, and the children were trapped inside their apartment. With no safe escape, and the firetruck still on its way, it was only a matter of time before something tragic happened. Suddenly, two young men climbed the iron gates on the first and second floors and were able to enter into the Bookstein’s apartment by breaking their porch door. The iron gate saved the Bookstein’s very own children.

The Booksteins gave wholeheartedly and selflessly. Yet, Hashem repaid them immeasurably for their altruistic act of giving. When we give, Hashem gives back to us in an unlimited fashion, allowing us to experience the ultimate reciprocation from above.

I would often read about these incredible moments of Divine reciprocal kindness, but it wasn’t until I experienced it in my own life that the concept truly came into focus.

A few years back, someone in our community was unable to drive due to a medical condition. People began davening and doing errands on her behalf. Although I had never met this person, I reached out to offer her a ride whenever she needed one. I was thrilled to help, even rearranging my schedule any time she called.

At one point, when driving her became disruptive to other aspects of my life, my husband asked, “Why are you doing this? Chesed starts at home, and you need to take care of yourself first.”

I heard his point, but something indescribable kept drawing me to help her. Baruch Hashem, she had a refuah sheleima, and eventually she was able to drive again.

Eventually, I became pregnant with my fifth child, and was actually unable to drive myself. There was one person in my life who truly showed up for me, picking up my children from school, running errands, and even taking my older children on the day my baby was born.

That’s right, it was my special driving partner.

Witnessing the reciprocal nature of chesed firsthand truly allowed me to see Hashem’s ability to connect the dots, helping those who have always been the helpers.

I saw an article in Mishpacha magazine that depicts this concept perfectly. Yaacov, an electrician in Brooklyn, read an obituary about another electrician who had passed away suddenly. The man had actually lived in the building next door and left behind a wife and four children. Their pain felt palpable to Yaacov as he thought, “This could have been me.” He felt an urge to pay a shiva call, despite the fact that this was a stranger.

Upon entering, Yaacov saw the devastation the electrician’s death had left behind—a young widow with four children to support and no income. A toddler was crying on the floor from hunger, and Yaacov saw that their small kitchen was completely bare. He returned that night with groceries and told the widow, “I myself am an electrician. If there is anything I can do to help you, please do not hesitate to call.”

Desperate, she called him to ask if he would purchase her husband’s tools. Yaacov organized them, added some of his own, and sold every last item for her. He raised over $3,000—a hefty sum at that time—and continued to bring groceries often.

Years later, a young pregnant woman named Ruthy sat at a Shabbos table in Jerusalem. She worked in a factory and was struggling to make ends meet. Woefully, she admitted, “I am scared of losing my job, especially because I am pregnant. If I take maternity leave, they won’t have me back, and I am the sole supporter of my family. My husband is unemployed, and my brother, also jobless, lives with us.” Everyone, including the host, shook their heads with sympathy.

The host then proceeded to ask her detailed questions about her family background, names and professions, etc. All of a sudden, he got up and quickly walked out of the room.

Ruthy didn’t understand how she had offended him.

The wealthy businessman returned, teary-eyed. “Your grandfather, Yaacov, is a righteous man.” He then shared that his father, an electrician, had passed away when he was young. He even remembered starving as a child.

“Your grandfather came with food to fill the entire kitchen. He did kindness after kindness for my mother and our family. It would be my honor and responsibility to help. You, your husband, and brother will all have a job in my company. Come tomorrow morning, and I will have positions waiting for you.”

Even years and generations later, we are not always privy to the ripple effect our actions may have. When we give without getting, we always receive more in the end, whether it be physically from Hashem in bounty, or spiritually from the energy we receive from above.

*An important disclaimer: Giving is not a magic wand or full-proof plan to “get back” from G-d. Sometimes we never see any results from our kindness, while other times Hashem openly shows us how it affects our life. We do not want to aspire to do kindness with the intention of receiving, and ultimately, the reward of giving is the kindness itself. While there are many miraculous stories like this, there are situations which don’t end in this way. As humans we only see the present tense which is limiting. Hashem runs the world and we don’t fully know how or why things happen.