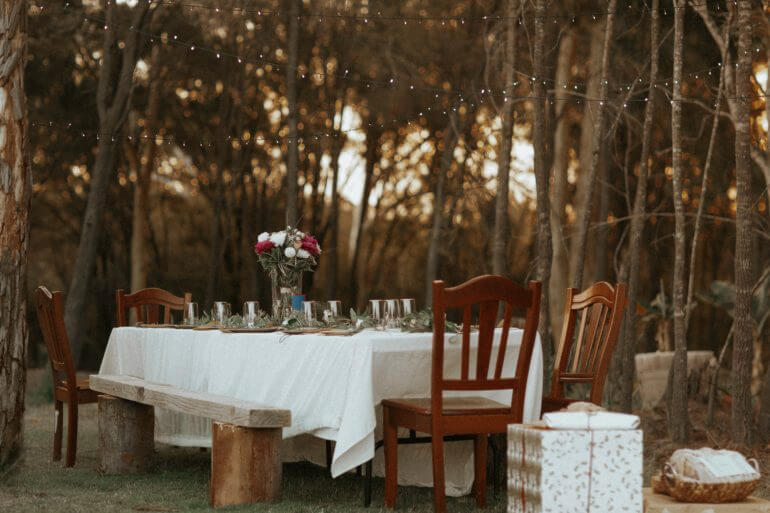 What’s The Jewish Perspective On Pleasure?

What is the status of physical pleasure in Judaism? Is it good or evil? How can I tell what is too much and what is too little?

Thanks for your question. Now I’m going to ask you one: do you know what musar is? Musar is the field of Jewish self-improvement but it often gets a bad rap. Many people picture fire-and-brimstone chastisements. Yes, if you’re not behaving properly in shul and I chew you out, I’m “giving you musar,” but that’s not all it is.

The preeminent work of musar is Mesillas Yesharim (“The Path of the Just”) by Rav Moshe Chaim Luzzatto – AKA the Ramchal – an 18th-century Torah scholar. I have heard it said that one page of Mesillas Yesharim contains more than most other musar works in their entirety. In the first chapter of his magnum opus, the Ramchal tells us the purpose of life:

“Our Sages, of blessed memory, have taught us that man was created only to delight in God and to bask in the glow of His Presence, which is the truest pleasure and greatest delight that could possibly exist. The true place of this delight is in the World to Come, because it was created in preparation for this. But the way to reach this destination is through this world. That is what our Sages of Blessed Memory have taught us, ‘This world is like a vestibule before the World to Come (Avos 4:16).’”

In this brief excerpt from the most musary of musar works, the Ramchal tells us that pleasure is good. In fact, it’s the entire reason we were created. But he also tells us that real pleasure may not be what we think it is. What we think of as pleasure might be a means to that end, or it might be an impediment, depending on how we use it.

We’ll discuss two types of physical pleasure here: eating and drinking, and sexual pleasure. There’s not a significant volume of traditional Torah literature on spa days or rollercoasters, so you’ll just have to infer conclusions for such pleasures.

If you were to ask someone what the Torah has to say about eating and drinking, you might be met with a series of “thou shalt nots”: we can’t eat bacon, we can’t eat shellfish, we can’t eat milk-and-meat combinations, we can’t eat chometz on Passover, etc. But as much as we are commanded not to eat, we are commanded to eat. For example, we must eat on Shabbos and yom tov. A festive meal is one of the obligations of Purim. We must drink four cups of wine and eat matzah and maror on Seder night. To paraphrase Koheles chapter 3 (or the song Turn, Turn, Turn that was based on it), there’s a time to eat and a time to refrain from eating.

The reality is that we need to eat in order to survive but we’re not limited to that. (To quote a popular television theme song, “According to our new arrival, life is more than mere survival.”) But gluttony violates a Torah prohibition and the Rambam specifies it as a flaw for which one must repent (Hilchos Teshuvah 7:3). Fitness guru Jack LaLanne is credited with coining the phrase “eating to live vs. living to eat,” but it’s a dichotomy that Jewish law and philosophy have recognized since time immemorial.

The gemara in Chagigah (16a) recognizes that people and animals both eat. As Rav Yerucham Levovitz (d. 1936) observed, our job is to elevate the act. The Torah provides us with the guidelines for doing that. We don’t eat certain foods. We prepare the foods that we do eat in particular ways. We limit the times and places in which we eat. We recite brachos. As Deuteronomy 8:10 tells us, “You shall eat, and be satisfied, and you shall bless Hashem your God.” We’re not limited to eating enough to survive – we can eat our fill and we can enjoy it – but then we have to use the strength that eating gives us to perform God’s will.

Along similar lines, the Rambam points out that we’re not only obligated to eat and drink on yom tov, we’re obligated to ensure that the needs of the needy are met. If we do this, then our feasting is a mitzvah; if we don’t, then it’s a meritless excuse for gluttony (Hilchos Yom Tov 6:18).

So, is it okay to enjoy eating and drinking? Absolutely, though it comes with responsibilities. Fulfilling these responsibilities elevates the act so that our eating is differentiated from that of an animal. Kiddush is recited over wine, which is certainly a luxury item as far as foods go, but it is literally an act of sanctification. We can use our desires to eat and drink in constructive ways.

Sexual pleasure is similar. As with eating, Judaism doesn’t see sex as a necessary evil. In fact, the Midrash in Bereishis Rabbah (9:7) says that the words “it was good” in the creation account refer to our yeitzer hatov (inclination towards good), while the words “it was very good” refer to our yeitzer hara (inclination towards evil). Why is our evil impulse “very good,” the Midrash asks? Because without it, no one would get married and start a family. The so-called “evil inclination” need not be considered so “bad” after all! (See also the familiar gemara in Yoma 69b.)

As with eating, the Torah has a long list of “thou shalt nots” when it comes to sex, most of which involve with whom we’re not allowed to have it. But there are likewise quite a number of obligations promoting the act in its proper context. The very first mitzvah in the Torah is to procreate! But procreation is not the end all and be all of the sexual act. Sex is permitted/encouraged/required even when conception is not possible (such as when the woman is already pregnant).

I say required because the Torah recognizes that women, like men, have sexual urges and a man is required to do his best to please his wife. The Mishna obligates a man to meet his wife’s conjugal needs according to a certain schedule based on how strenuous his daytime occupation is (Kesubos 5:6)  While the Torah originally permitted a man to have more than one wife, he was not permitted to take a second bride if doing so would diminish the amount of marital intimacy to which his existing wife had become accustomed (Exodus 21:10).

It may surprise those who consider Judaism or Orthodoxy to be prudish that a couple may engage in sexual acts that, shall we say, do not promote conception (Nedarim 20b). (I’m not going to go into details, so do your own research or consult your rabbi for guidance.) Similarly, sex is meant to be enjoyed “in the raw.” Doing it with one’s clothes on out of a misplaced sense of modesty is actually prohibited (Kesubos 48a).

As with food, however, there are guidelines in which we must act in order to elevate and sanctify the act. Most notable among these are the laws of family purity, through which the couple must distance themselves each month based on the wife’s menstrual cycle. But as Rabbi Meir tells us (Niddah 31b), this separation makes the couple long for each other like newlyweds. That’s hardly an attitude of “sex is a necessary evil, so we’d better limit it!”

Like enjoying good food, having sex is encouraged in its proper context. For example, it’s considered an aspect of Shabbos pleasure and Torah scholars are expected to enjoy it on Shabbos (Hilchos Shabbos 30:14).  On the other hand, the Sages are critical of Torah scholars who are always after their wves “like roosters” (Brachos 22a) and it is considered pious not to act too frivolously during intercourse (Hilchos Issurei Biah 21:9). Sex is also one of the things that humans and animals have in common (the aforementioned Chagigah 16a). Once again, our job is to elevate and sanctify the act, differentiating us from the animals.

So, what’s the status of physical pleasure in Judaism? Encouraged within proper contexts. Is it good or evil? Good when utilized properly, bad when misused. How can you tell what’s too much and what’s too little? That’s probably subjective but gluttony and copulating “like roosters” are both too much. Self-deprivation is too little (see Nedarim 10a). So enjoy yourself, just don’t only enjoy yourself, and you’ll probably do fine.

This Jewish Wisdom Is The Foundation Of Educating Children

Rebuilding With Light: This Orthodox Jewish Woman Led A Team That Rebuilt The World Trade Center