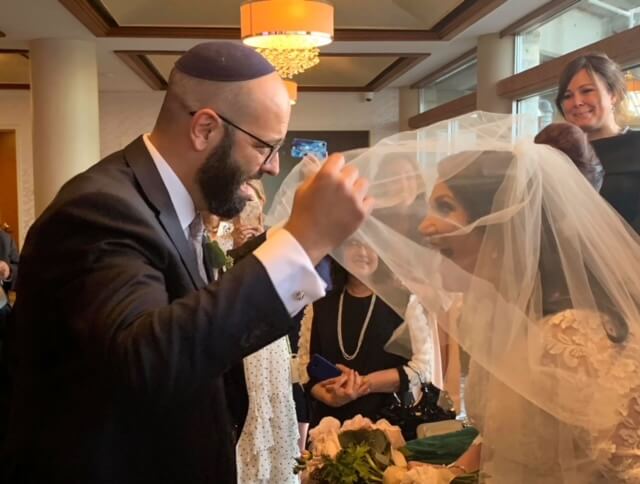 There is hardly anything more universal than the desire to love and be loved. It doesn’t matter what country you live in, what religion you are or what family you come from — love unites us all.

One thing we’ll never tire of reading is a great love story. Everyone wants to know how the other person found “the one,” and knew it. Sometimes, the twosome grew up together or went to the same college. Other times, they started worlds apart. It seems though, if a certain soul is meant for you, it will find its way. That’s Meghan Lapides’ story.

On Tu B’Av in 2018, Meghan was on a break from dating. In her late thirties, she was exhausted from the process and wanted to take some time to focus inward before immersing back into the pool. Then, on the Jewish day of love, a friend asked her to be her wingwoman at Bang It Out’s annual Tu B’Av white party in Riverside Park in NYC. She said, “sure,” figuring it would be a fun night to catch up with friends.

When she got there, across the room she spotted a familiar face — David Bedussa, a guy she had seen on the apps a few months prior. David, who is four years younger than Meghan, was born and raised in Rome, Italy. He also wasn’t supposed to be at the party. At the time, he had been living in Philadelphia for 11 years and a friend in the area convinced him to go, driving all the way in from Philly for it.

After they popped up on the apps all those weeks prior, they both actually swiped right. They spoke on the phone but two “eh” convos later, they decided to let things fizzle and never met in person. Although Meghan had never gone up to a guy in her life at a party, for some reason, this time she did.

“It was 100 degrees that night so they were giving out fans at the party. I didn’t have one yet but saw he did. I walked up to him and said, ‘You know, you really should be fanning me.’ He laughed and we ended up talking for the rest of the night,” Meghan shares. “I knew when we parted I was going to see him again.”

She was right. After the party, they made plans for the following week. Then, he came over for Shabbat. “We never spent a Shabbat apart after that,” she says. 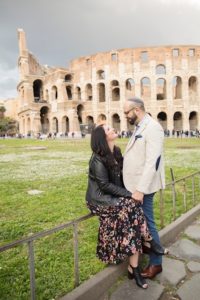 The two dated for about six months, then on a trip to Italy to meet his parents in March of 2019, he surprised her with a proposal. They got married that September on the 15th of Elul.

“David and I are from such different places,” Meghan explains. “We’re from different countries and religiously we weren’t on exactly the same page when we met. Ultimately, we agreed on what the important things like Shabbat, keeping kosher and family purity would look like in our marriage. For the things that weren’t in line, we figured out compromise and how to make sense of the differences. We shared values and a vision for the future.”

When you’re dating for a long time, as they both were, it can be hard to remain positive, but Meghan, a baal teshuva (returnee to Judaism) knew in her core that she was going to meet the right person when it was best for her. “I didn’t know why I wasn’t meeting the right person at the time, but I did know that Hashem’s plan was always better than mine,” she says. “Timing is everything. I knew Hashem wasn’t going to bring me this far in life and leave me.”

Looking back, she is now so grateful she was able to focus on her career as much as she did and travel without kids, truly living those years to the fullest rather than sulking because she hadn’t yet met her match. “I have no regrets,” she explains. “I really leaned into being single and focused on having a good time.” 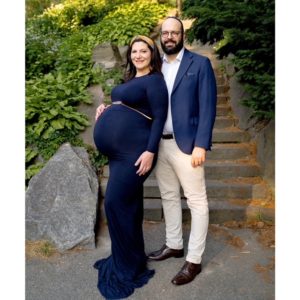 Now, the two are parents to a set of delicious twin boys who were born in the depths of the Covid pandemic in August 2020. As anyone with kids knows, the big life change can alter a relationship quite drastically as well.

Meghan’s pregnancy was especially unique in the sense she finished her first trimester right when Covid was starting to hit. Because of that, all of the plans she had about telling close friends and family in person had to be put on hold, let alone other friends and acquaintances. “We kept thinking Covid would end and we would be able to tell people in person,” she shares. “Then, eventually, I was nine months pregnant with twins and the way most people found out was when I posted a photo of David, me and the babies. It was like, ‘Surprise! We had secret Covid twins.’” 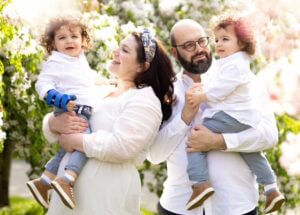 They started their family in a one-bedroom apartment in NYC. They planned to move, but real estate shut down that March when Covid hit and then Meghan was just too pregnant to go anywhere. “I always say to David, the true testament that you’re my basheret is that we made it through the pandemic so far with two kids in a small space as a real team,” she reveals. “The balance we provide each other has been the key.”

“I’ve learned that the most important thing is listening to each other,” Meghan shares. “Make sure you have time for each other that’s real time — when you’re not talking about bills, the kids or chores — even if it’s a small moment. When you live in close quarters and are both working from home, it’s also easy to get frustrated more easily. Make sure you’re giving the other person grace.”

Now, the two look at Tu B’Av as their meetaversary. Every year at this time, they take a moment to celebrate the fact that they met and all they’ve built together since. “Imagine what our lives would look like right now if one of us hadn’t gone to that party,” she shares. “I always say to people, ‘Go on that date, have the phone call, take the chance.’ I’m so glad I took the chance to go and then walk up to him.”

To celebrate, they often spend Tu B’Av visiting Riverside park before the annual party begins, as they now live right by there and schedule a special date night during the week of the holiday.

During that time, they often marvel at how things worked out despite their initial missed connection. “I had been to that party before. We both spoke on the phone and didn’t like each other. For some reason, we had to meet in person in order for things to work. We really see Hashem’s hand in bringing us together. It’s a true miracle.”