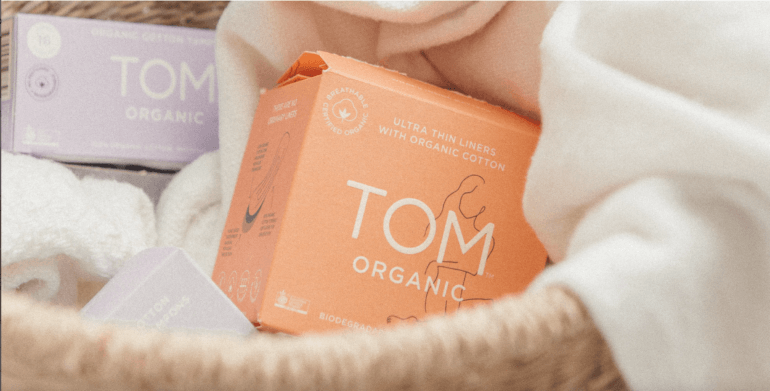 Thinx, a brand that is so careful to celebrate women and minorities, has some distorted and libelous information about Orthodox Jews and Judaism (because – yuck – that is the WRONG kind of minority) on their website. On their very unpopulated blog, they have an article on Menstrual Hygiene Day, which has this fun and incorrect tidbit about Orthodox Judaism:

After the article praises Egyptians and Greeks for being kind of bold and daring about periods, we get to the part about the awful Jews.

“But a lot of ancient religious folks weren’t as down to go with the flow. For example, niddah, which was (and in Orthodox communities still is) how Jewish people labelled menstruating women. Basically, a person deemed niddah would be physically separated from everyone else (don’t even think about trying out period sex) and had to be blessed by a rabbi before resuming regular activities, like handling family belongings. Unfortunately, the idea of period blood being “unclean” has been around for a long time, proving how society has (not) progressed.”

First off, there was and is no rabbi blessing anyone in regards to niddah (or kosher food, for that matter!). Second, in Biblical times when the laws of niddah were so strict and faaar more separate than they are today (today it’s only a husband and wife separating physically for 11-14 days), all sorts of other groups got separated. If you gossiped and got tzaraas (became a leper) you were separated from the camp. And there were other sorts of spiritual impurities like tumas meis (from touching a dead body) and tumas zav (seminal emission) that had complex laws that came along with them.

Second, if you have a healthy marriage, chances are you will find this practice to be positive and beautiful. Many healthy couples report that the cycle of starting and stopping touching each month adds excitement to their sex life. (If the marriage is unhealthy, this practice will sadly, likely make the problems more acute. But avoiding problems is never a good thing!)

Third, calling a period “unclean” in Judaism is a misconception that too many people have, which we corrected in this video but it’s a shame that Thinx didn’t do good research when they published this piece.

The info on Thinx itself describes niddah in an incorrect and negative way, and the article that it links to, explaining that Orthodox Jews still practice the laws of niddah, is also problematic. The author of that article begins by saying: “Certain sects of Judaism — like my own, Modern Orthodox fold — consider discussions of periods too private to talk about.”

This author is incorrect. What she should have said was “dysfunctional families don’t have healthy communication skills and sadly, I am from such a family, so I didn’t get enough information about my body and many other important topics.” Tragically, many people who come from dysfunctional have no idea that they do. Puberty and sex-ed classes can be found in many modern orthodox and even centrist to left-leaning Ultra-Orthodox schools. When parents don’t give their kids this vital info, it’s because no one had these conversations with them either, because their parents were also dysfunctional.

And despite the link in the Thinx blog post explaining that “Orthodox Jews” still practice this law, the article it links to interviews several non-Orthodox Jews and only features Orthodox Jews from the left-leaning parts of the community. If the article is meant to explain Orthodox Jews practicing this law, it should be a diverse group of Orthodox Jews speaking. The women interviewed say things like,”Though Judaism traditionally sees periods as negative, I embrace both my body and my heritage, with no shame around either. My period is a reminder that my body is a sanctuary in which God resides — I am perpetually amazed that my body has so many complex systems that function nearly flawlessly.”

Wow. How amazing that this woman overcame Judaism’s negativity on periods. Who said that Judaism sees periods as negative? Burying a dead body is one of the most praiseworthy acts a person can do, but it leaves burier in a state of ritual impurity because the person is touching a dead body, devoid of life. Life is the holiest thing we have in this world. A period is a missed opportunity for life. Not negative, just marking that potential for life was missed.

Thinx – please thinx (I had to!) next time and do some research before you besmirch an entire community. Healthy Orthodox Jews are sex positive and body positive. Please stop inserting your ignorance, bias, and negativity into our community.

UPDATE:  After sharing our feedback with the Thinx team, they issued the following updated text below. (Note – there are still small factual errors – all orthodox Jewish communities practice these laws , the woman recites a blessing in the water, she is not blessed by the water, and the pool is always called a mikvah. But the tone has gone from derision to celebration and this is our vision for confronting all media platforms that celebrate all minorities but judge Jews.)

For some Orthodox Jewish communities, on
the other hand, niddah is a label used for
menstruating women going back to ancient
times that recognizes the loss of a potential
life and signifies a holy period of marital
separation. Basically, a person deemed
niddah is physically separated from their
husband and has to be blessed in a pool of
water, often known as mikveh, before
resuming regular marital activities – a
period of abstinence that has been revered
as a trailblazing approach to sustaining a
healthy marriage.