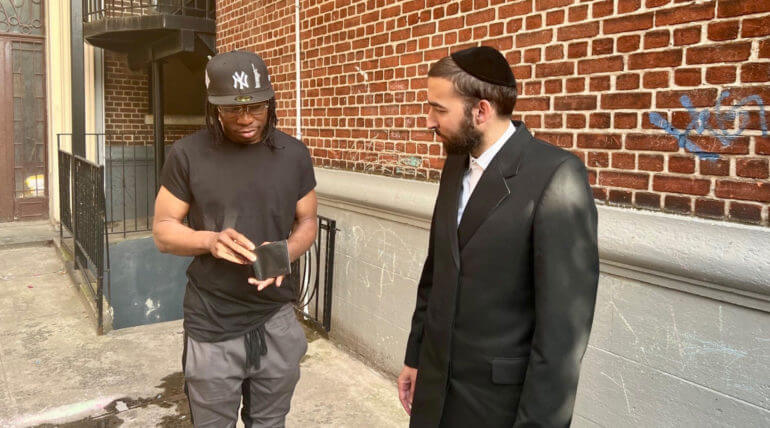 A Hasidic family (name undisclosed) from Brooklyn found a wallet during an outing to Governors Island last Thursday. The wallet contained $1,400 in cash.

Intent on performing the mitzvah of hashavas aveida (returning lost items), the family contacted State Assemblyman Simcha Eichenstein in hopes of tracking down the owner of the wallet: Christopher Collins, who lives in the Bronx.

Eichenstein was able to arrange a meeting between the father of this family and Collins, at which the return was made – the video is available at the New York Jewish Week.

“I’m thankful to find out that there are people out there that care enough to give me back my wallet with all my things in it,” Collins said. Both Collins and the family have declined further interview, but Eichenstein has been available for comment as the mediator.

Eichenstein has taken the opportunity of this feel-good moment and kiddush Hashem to speak on human kindness, particularly in the wake of the mass shooting in Buffalo and other recent racially-charged acts of violence. “These are two individuals that have never met before and probably will never meet again. When we get past all that, we start to realize that is how we’re supposed to treat each other.”

Brutal Antisemitic Attack in Brooklyn: "People Think They Can Get Away With It"