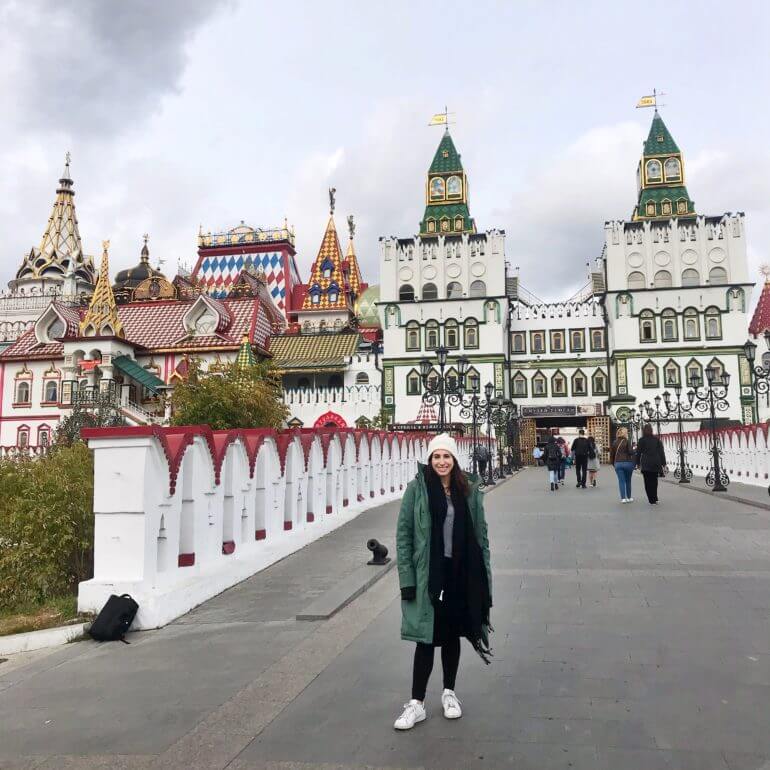 How I Got Out Of Russia During The Ukraine War

For the past three and a half years, I’ve lived in Moscow, Russia. It’s been a journey filled with ups and downs and adventure and challenge alike. Little did I know, it would turn into a home that I would need to abruptly depart from while nine months pregnant during a war.

Let’s backtrack for a minute though. Four years ago, I married my husband, David. While he was born in America, he was the first in his family — his parents and grandparents are all from Russia and Ukraine. When they immigrated, they were having trouble making a living and his father moved back to do so, building up successful companies abroad.

When we were dating, my husband told me he had the opportunity to work for his family’s business in Moscow. I was pretty shocked and honestly, had no idea what to say to that. “Was it a deal breaker?” He asked. “I don’t know,” I kept repeating over and over.

Eventually, as we continued to discuss it throughout our dating process, I realized that if this was my husband, we could make it work anywhere. So, a few months after our wedding, we packed up. I left my family and friends and moved to a whole new foreign city — sight unseen.

It took a while to adjust. I had to navigate a new language, completely new community and all new people. Eventually, I did make some friends and learned to get by at the grocery store and doing day-to-day tasks, but it was hard to make it feel like home.

I came back to America from time to time on trips to visit and had my first child back in America two years ago. When I got pregnant again, I debated what to do. Ultimately though, I decided to stay in Russia for the birth. I realized that even though it was hard at times, that’s where my life is now, it was something I had to accept. I built my home there. My son, Ezra, had his gan, or daycare there, we had a nanny he loved to help me out, and I felt as stable as I could with not being in America. Then, Putin decided to invade Ukraine and everything went out the window.

Initially, we were still going to stay in Moscow. It was all so surreal, no one believed it would last this long. As things continued though, sanctions increased and the energy became tense, it was clear we needed to leave. Flights were getting canceled right and left, airlines were stopping their services and I feared the worst. What if the fighting came to Moscow? What if things got so bad inside that we couldn’t get any products we needed? What if there was no way out at a certain point? Plus, as I got more and more pregnant, I knew I wouldn’t be able to travel much longer so to stay safe, we decided to head back to the States.

The decision happened on a Tuesday and we had a flight booked for Thursday of last week. The flight was supposed to take us to Dubai and then America but the first flight got canceled so we had to find something new. This one was to leave on motzei Shabbat. Then, motzei Shabbat, my husband and I turned on our phones to discover the flight had been changed again. Ultimately, it was for the best. His uncle found a flight for us the next day that was going direct to Tel Aviv on El Al. From there, we would go to America.

Initially, I found myself filled with emunah. I listened to shiurim back-to-back to gain chizuk (strength) and felt confident Hashem would take care of us, in whatever way that meant, however was best. I wish I could say I stayed in that world of connection throughout the next few days, but it got really difficult. I was worried we wouldn’t be able to get out, or that the longer I waited, the riskier it would be for the pregnancy.

I was nervous the airline would stop us from getting on the plane due to being too pregnant or that right before we left, the company would decide to stop flights. I was anxious about coming to America too. Being at this stage and needing to set up a whole new temporary life was daunting, especially with no preparation.

While validating my own struggle, I thought about the Ukranians a lot too and would cry for them. Being in Russia scared with all the uncertainty allowed me to empathize with what life was like in Ukraine for those who had a much harder time getting out and often had to do so with just the clothes on their backs and a small bag if they were lucky. I thought about those stuck in basement bomb shelters with kids or fleeing with 2-week-old babies. It’s hard to fathom.

Now, it feels like I’m living in an alternate reality. In some ways, it was all too easy to return. I slipped back into my American life as I try to set up shop and parts of it feel really normal. A big part of my headspace though is still in Russia and Ukraine. I keep thinking about how to help while feeling helpless. I’m trying so hard to validate my own struggles and the challenge of such an abrupt change and escape, while knowing that this situation is so much bigger.

What I’ve learned from all of this so far is that we are so not in control. It’s one thing to know that on an intellectual level, but it’s another to actually live through the tides that teach it to you in real-time. My intellectual decision to stay was completely uprooted by a different plan Hashem had.

Amidst exhaustion from the jet lag, reading the news and trying to get a toddler adjusted to a new time zone, I keep trying to bring myself back to the one thing I can count on in all of this: Hashem. The only thing that gives me solace in all of this is that it’s a part of His plan. If Hashem wanted me to stay in Russia, He could have made that happen, but He brought my family and me back. For some crazy reason no one can understand, this war is a part of His plan too. Everything He does is out of love, it’s just holding onto that knowledge and really internalizing it that takes a lot of work.

It’s an interesting time to be going through this as well. We’re in the second month of Adar, a time when we’re meant to increase our joy. It’s a time all about simcha. I had a class with a Chabad Rebbetzin in Moscow just a few days before we left, and she spoke about something the Lubavitcher Rebbe said. In Adar, the instruction isn’t to check the news, and then increase the joy if you see good news. The message is just to “increase the joy.”

The joy isn’t based on the external things happening around us. We have to be the ones to bring it to whatever situation we find ourselves in.

So, as one of my own Rebbetzins advised me during a quick freak-out phone call: “Who do I want to be in all of this?” I want to remember this time as one of resilience, peace, gratitude, empathy and most importantly, bitachon. Nothing brings more true internal joy than that a close connection with Hashem. It’s work, but what meaningful part of life isn’t? Most importantly, it’s the remedy that will get us through.

Uman Synaoguge Turns Into Safehouse For All Ukranians

Does Halacha Require Two Witnesses In Order To Report Abuse?