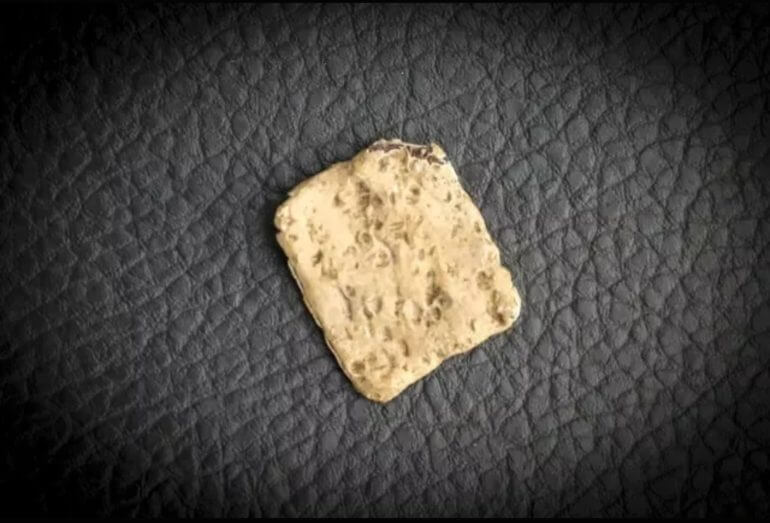 It’s always a bit eerie when a story from the Torah gets validated with evidence from modern times. While faith is a main pillar of Judaism, stories like this could make one even more secure in their beliefs.

In this case, it goes back to Deuteronomy 27:15-26, when Moses instructs the Levites to lead all the people of Israel from the top of Mount Ebal and talks through a series of 11 curses against anyone involved in idolatry, dishonoring their mother or father, or moving their neighbor’s boundary stone, just to name a few. In Joshua 8:30, Joshua builds an altar on Mount Ebal following his battle with Ai, makes a burnt offering to G-d and repeats the curses of Moses.

Now, an actual tablet found on Mount Ebal is said to have a formulaic curse inscription on it. The news was revealed at a press conference on Thursday at the Lanier Theological Library in Houston, Texas by the Associates of Biblical Research (ABR).

The tablet first became known in December 2019 when Scott Stripling, ABR’s director of excavations and the director of the Archaeological Studies Institute at the Bible Seminary in Katy, Texas led a team to to wet sift the discarded material from excavations conducted in 1982-1989.

For more information on this story, visit jpost.com.

Will Smith's Oscars Slap: What If Hollywood Had Jewish Values?