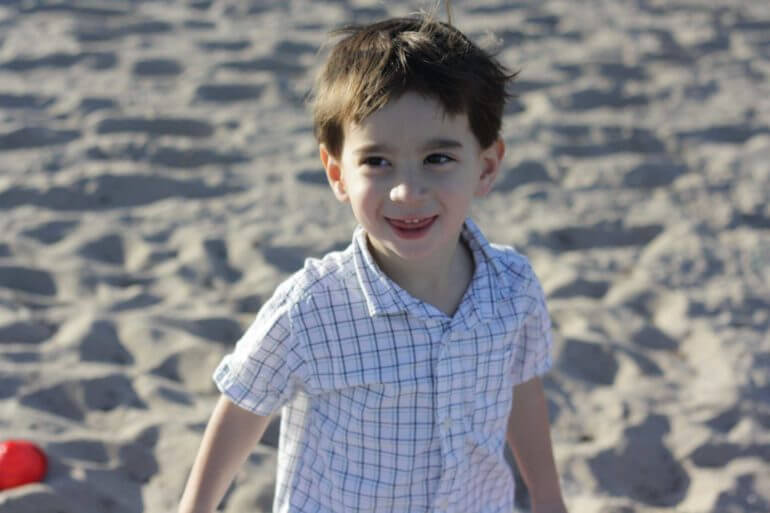 Why Do The Jews Have To Be A Hated Nation? What I Told My Son On His Bar Mitzvah Day

During the Gaza attack on Israel this summer, as Jews around the world were being physically assaulted, I was concerned that my pre-teen son wasn’t paying much attention to the news or aware of what his people were enduring. I saw a powerful clip on Instagram of Hitler addressing Nazis over 70 years ago which cut to Jews today being attacked in multiple cities all over the planet for the crime of being Jewish.

I showed my son the video hoping to elicit a sense of solidarity with his people, a sense of urgency that antisemitism must be stood up to, a conversation about when we’d make Aliyah. But instead my son asked me why he had to be born to such a hated nation.

His question took my breath away.

I didn’t know how to answer him, despite usually being quick on my feet when it comes to responding to difficult philosophical questions. And although I have faced antisemitism myself throughout my life, somehow this question had never occurred to me.

Like Yaakov Avinu, who the Torah calls an “ish tam,” which Rashi translates as a “straightforward talker,” my son has always said what’s on his mind, asking the probing questions that don’t occur to other people.

Was that how he came to this idea?

Perhaps. But maybe it also was that he was born on parshas Toldos, the Torah portion where we learn that Eisav Soney Es Yaakov – Esau hates Jacob – one of Torah sources for the root of antisemitism.

Or maybe my son thought of this question because of the tragic circumstances which were unfolding in the world as he came into it.

Thirteen years ago last week, as I went into labor, a Chabad house in Mumbai, India was taken over by terrorists, Jews held hostage. My husband and I were panic-stricken, watching the news unfold – crying and praying. But then my son was on the way and we shut out the outside world, focusing inward on the new beautiful baby boy who was emerging.

I stayed in this cocoon for two days, bonding and loving my new baby, and then my husband came to the hospital with piercing news – the Holzbergs were dead. The terrorists had killed them. Their son Moshe had escaped with his nanny, but Rivky and Gavriel Holzberg had perished – how would I feel if we added the name Gavriel to our son’s name, to remember this holy man who died to sanctify God’s name?

Perhaps it is for all of these reasons that my son wanted to know why he was born into such a hated nation. I didn’t have an answer for him when he asked me this question in May, but I thought about it for months, and this past Shabbos, on his bar mitzvah day, I told the story of his name to our family and friends and the question he asked. This was my answer.

“I don’t know why we have to be hated or why you had to be born a Jew, but this is what I can tell you:

May the joy and the wisdom and the meaning and the community and the love and the comfort and the refuge that you will find in your Torah, in your people, in your God and in your land far, far outweigh any negativity you will ever know as a Jew. And may Hashem grant you and long and healthy life to enjoy these blessings. Mazel Tov!”