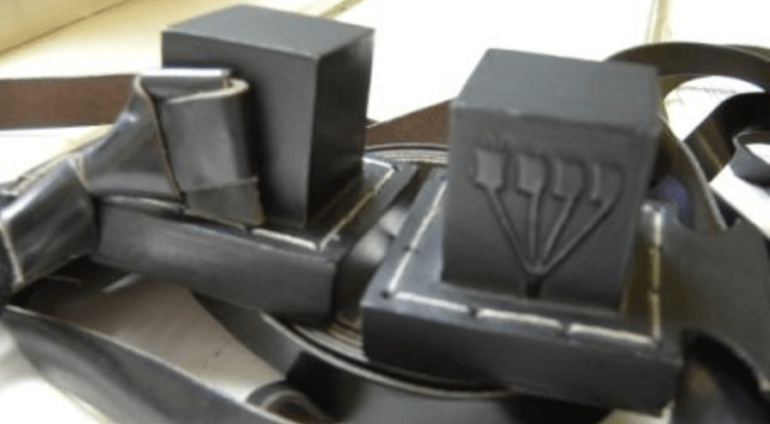 My son recently started putting on tefillin. Is there anything meaningful that I can share with him about this mitzvah?

Nope. Not a thing.

I’m kidding. There’s actually quite a bit one could say about the significance of tefillin.

It always struck me as strange that tefillin are singled out as the symbol of a bar mitzvah. At the age of 13, a Jewish boy becomes obligated in all mitzvos of the Torah. He has to wave a lulav on Succos, he has to fast on Yom Kippur, he must put a mezuzah on his doorpost and he must recite Shema in the morning and at night. There are 613 mitzvos, so why is this one designated as The Official Mitzvah of Turning 13?

When we look at the significance of the mitzvah, perhaps it’s not so strange at all.

In discussing this mitzvah, the Sefer HaChinuch explains that people are physical, so we are naturally drawn after the things that we desire. We would do nothing but pursue pleasure all day long if it weren’t for the soul that God placed inside us. But since the soul is on the body’s “turf,” it’s at a disadvantage and we’re still primarily physical. God therefore gave us mitzvos designed to strengthen the soul’s influence. One of these mitzvos is tefillin. (Actually two, since the arm tefillin and head tefillin are really two separate mitzvos.)

The Sefer HaChinuch didn’t have such terminology but in my book The Taryag Companion, I describe the mitzvah of tefillin as “a spirituality antenna” and “spirituality amplifiers.” That’s pretty much what they do. They invigorate the neshama (soul), giving it extra strength to overcome our lower urges in order to pursue God’s will.

There was once a bar mitzvah in my shul and the bar mitzvah boy’s grandfather, a fairly prominent rabbi, spoke about the mitzvah of tefillin. He discussed how, while there are two mitzvos of tefillin, we put them on in three stages. First, we position the arm tefillin on our bicep, opposite the heart. Next, we place the head tefillin on our forehead, between our eyes. Finally, we return to the arm tefillin, and we tie the strap around our hand. These three stages – heart, head and hand – represent the three stages of mitzvah performance – emotionally accepting a mitzvah as God’s will, intellectually understanding the rationale underlying the mitzvah, and actually performing the mitzvah. In this way, tefillin are perhaps indicative of mitzvos in general and the manner in which we should perform them. [1]

So, like I said, perhaps it’s not so perplexing that tefillin are seen as the mitzvah representing a boy’s acceptance of all the mitzvos.

That should be enough for a 13-year-old’s attention span, though I’m sure there’s much more that one could say about the mitzvah of tefillin. If you want more, then a little online research or a good book on tefillin should provide you with more than enough material.