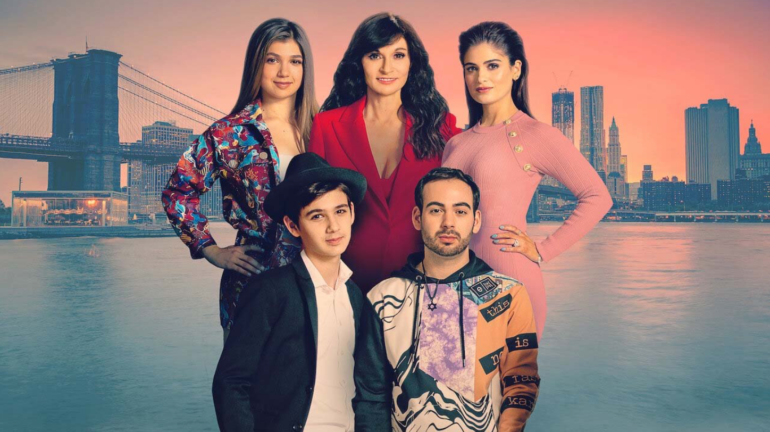 As I sit here mourning the loss of the Beis Hamikdash (Holy Temple) that was burned to the ground 2000 years ago, catapulting the Jewish people into a painful exile, where we’ve been beaten and murdered, expelled and tortured in almost every land we’ve ever lived in since then, I am thinking of how we as a people got here.

I’m also thinking how we can get out, and I believe the answer to that can be found in another destruction (albeit a far smaller one) that the world got to watch over the last few days on Netflix, the train wreck of a show, “My Unorthodox Life.” Julia Haart didn’t just leave her community and quietly go on with her life. She felt the need to bring everyone down on her way out. And I believe that her motivation for this can be found in the most famous story attributed to why the Temple was destroyed.

The Talmud tells the story of Kamsa and Bar Kamsa. There was a wealthy man who lived in the 1st century C.E. For an upcoming party he sent his servant to deliver an invitation to his friend Kamsa. However, the servant accidentally delivered then invitation to Bar Kamsa, an enemy of the wealthy man. Upon seeing his enemy at his party, the host ordered Bar Kamsa to leave. Bar Kamsa, attempting to save face, tried to bargain and beg and find a way not to be thrown out. First he offered to pay for the food he ate, then for half of the expenses of the party, and then for the entire party. Each request was rebuffed by the angry host. Finally, the host forcibly removed Bar Kamsa, in the presence of the communal leaders who didn’t have the courage to protest the shameful actions of a wealthy and powerful member of their community.

Bar Kamsa vowed revenge against the rabbis who sat idly by as he was publicly humiliated embarrassed. He visits the Roman Caesar who controlled the region and told him the Jews were inciting to revolt against the Roman Empire. The Caesar, unsure of whether to believe Bar Kamsa, sent an animal to be sacrificed as a peace offering in the Temple in Jerusalem along with Bar Kamsa. On the way, Bar Kamsa made a small incision in the animal’s lip which disqualified it for a Jewish sacrifice. The rabbis refused the offering which incensed the Caesar and led him to believe that the Jews were planning to revolt. He then sent an army to lay siege to Jerusalem, eventually leading to its downfall in the year 70 C.E.

So how does the story of Kamsa and bar Kamsa connect to a modern day Netflix series? From our experience with Makom members – a branch of Jew in the City which helps charedi Jews with negative experiences find a positive place in Orthodoxy – the vast majority of members not only experienced abuse (including religious abuse) – their abuse was compounded and made that much more painful by bystanders who knew what was happening – but like the rabbis of old – did not have the courage to stand up to it and stop it.

Julia Haart, like Bar Kamsa, I believe feels a similar rage: “If this hurt took place and no one was brave enough to get up and speak out, then I will burn this all down.”

So what is the solution to this tragic story?

Every single one of us has the power to prevent another chorban (destruction) of a fellow Jew’s life. Anyone of us who knows of someone being hurt or a dangerous person out there going unchecked, has a Torah commandment to not stand idly by our neighbor’s blood.

After 2000 years of torture, we still haven’t gotten this right.

We won’t be returned to our homeland, the wholeness of our nation restored, unless we are all courageous enough to protect the innocent against those who do them harm.

Kamsa and Bar Kamsa is not a story about the past. This is a message to every single reader to examine your life today and make sure you are strong enough to protect those around you who can’t protect themselves.

Here's How The Orthodox Community Is Responding To My Unorthodox Life

Makom Members Highlight The Dysfunction in My Unorthodox Life