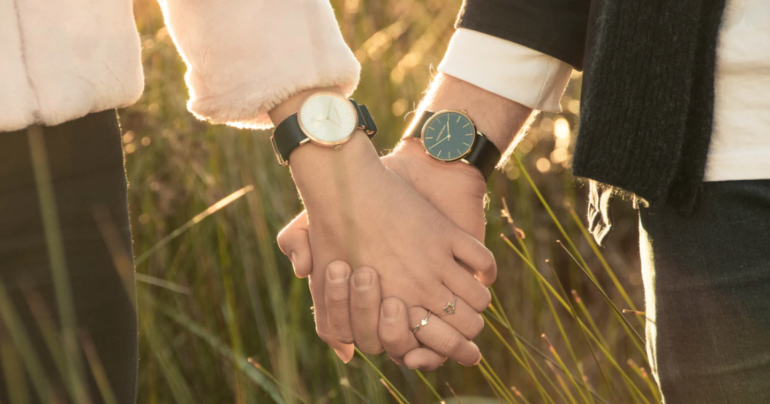 Are Soulmates a Concept in Judaism? Can You Have More Than One?

Do we have the concept of soulmates in Judaism? Can you have more than one?

Thanks for your question. We do indeed have such a concept in Judaism; most people refer to it using the Yiddish word “bashert” (meaning one’s “destined” mate). And it shouldn’t surprise you that lots of people misunderstand what having a bashert means.

The Talmud (Sotah 2a) tells us that 40 days before a fetus is formed (presumably at conception), a Divine voice proclaims who that baby is intended to marry. This is not a commandment or a prophecy. It’s entirely possible to marry more than one person, or the wrong person, or not to marry at all. An appropriate match will be made available, and the opportunity to join with this “soulmate” will arise, but a person can willfully or ignorantly ignore the signs and neglect to pursue the relationship.

In Genesis 1:27, the Torah tells us that “God created man in His image. In the image of God, He created him. Male and female He created them.” Our Sages explain (Eiruvin 18a) that Adam and Eve were originally a single creation (“male and female He created them”) but that God subsequently separated them. Accordingly, a person’s soul has a “male” half and a “female” half that seek to be reunited. This reunification is necessary for a soul to reach its optimum level of potential perfection.

We see that God brings particular men and women together as couples from a variety of sources. The Talmud in Moed Katan (18b) cites Rav in the name of Rabbi Reuven ben Itzterobili that this concept is apparent in the Torah, in the Navi (the Prophets) and in Kesuvim (the Writings). In the Torah it says, “Then Lavan and Besuel answered and said, ‘This thing (the match of Rivka and Yitzchak) comes from God’” (Genesis 24:50). In the Navi it says, “His father and mother didn’t realize that it (Samson’s match) was from God” (Judges 14:4). In Kesuvim it says, “Houses and wealth are an inheritance from one’s fathers but a wise woman is from God” (Proverbs 19:14).

While your soulmate’s soul may fit your soul the best, other souls might also fit well enough, so even if you marry someone other than your “intended,” that doesn’t necessarily make the match “wrong.”

One’s “soulmate” is a work in constant progress. Free will is a big part of it.

Imagine a stereotypical “frat boy.” He parties every night and wakes up someplace different every day in a pool of his own filth. Elsewhere, there’s a demure and studious young woman, who was Divinely-announced as his soulmate. This boy simply might not be worthy of this girl as a consequence of the choices he’s made over the past few years. Now fast-forward a bit. The boy is now a serious, hardworking and charitable young professional, a pillar of his community, while the girl is making up for lost time, clubbing every night and hungover until noon each day. It’s possible that she is now undeserving of him thanks to her choices! (I’m not trying to disparage frats or clubbing per se, I’m just trying to paint a visual picture in as concise a context as possible. These are necessarily extremely broad strokes!) The reality is that we aren’t the same at 19 as we will be at 26 or 35 (or 44 or 72 or 98). We all have our spiritual ups and downs and the person who might be your perfect fit at one stage of life is not necessarily the person who could fill that role at a different stage. The better we make ourselves, the better the soulmate we deserve.

You know who else didn’t believe in the concept of a “one-and-only” soulmate? The Rambam. In his letter to Ovadya the Ger (Obadiah the Proselyte), he makes the following observation: the Torah (Deut. 20:7) tells us that a man who has betrothed but not yet married a woman is exempt from battle out of concern that he might be killed and another man will marry her.

The Rambam points out that in a world of one-to-one basherts, there would be no concern of someone else swooping in and marrying your intended. If one’s bashert were actually mandated, no one else could ever marry that person!  (Not only that, why should anyone be concerned that a person might get killed if it’s Divinely-ordained that he must marry the girl he left behind? The betrothed soldier should be invulnerable!) Rather, the Rambam tells us, one’s bashert is a potential that one can achieve, not a foregone conclusion.

Marrying your soulmate doesn’t guarantee a lifetime of bliss. Marriage is hard work. The Torah calls a man’s wife “a helper opposite him” (Genesis 2:18). The Talmud (Yevamos 63a) explains that if a person is deserving, then their spouse is a helper; if not, then they are opposite one another. You can’t expect joining with your soulmate to suddenly make you complete. Your soulmate is a human being, as imperfect as you are. The job of soulmates is to challenge one another so that they can grow together.

In marriage, two people have to learn to become one and to operate as a unit for the common good. If one or both partners are stubborn, selfish or in other ways looking out only for themselves, a marriage might not work out. This can be so even if one marries their soulmate. If that happens, don’t think it’s the end of the world. Remember that you’re not the same person at 20 and at 35. You’ll always have another crack at things with a person who’s appropriate for your current spiritual level.