Ari Tolwin grew up in a sea of black hats, hailing from a yeshivish family from Detroit. But last month, he swam with the Sharks on ABC’s “Shark Tank.” How did the son of  an outreach rabbi land a $2 million dollar deal with Mark Cuban for his NuMilk plant milk maker? Tolwin attended yeshiva before segueing into real estate and getting a BA at the University of Pennsylvania and an MBA at Duke. “It was insane luck or siyata de shemaya. I put together a good application [to Penn] as someone who was unique. I drew on the stories of the gedolim who really wanted to learn and … listened in at the window [at yeshiva].” While Tolwin was accepted to Penn on academic probation, after a semester of good grades they removed it. But later on in college, while taking a calculus class, he realized he needed to do algebra, which he had never learned in school. So he wrote a note on the test, “I don’t know how to do algebra, but if I did, this is how I would do it.” (Tolwin has since learned algebra!)

On what his qualifications were to start NuMilk, he says, “I’m not an engineer, but that didn’t stop me. Any entrepreneur you talk to… doesn’t qualify to do what they are doing. The only thing that really qualifies them is the desire to do so. What brings them success is their desire to do so.” He thinks about relationships similarly. “If you want to marry someone and then be a parent. Does anyone have any qualifications for that? Most people [don’t] but they’re going to commit to one another and commit to the idea of parenthood.”

Tolwin’s previous venture was as founder and CEO of Happy Tree Maple Water, where he met a friend in a similar business and decided to team up. They thought about their favorite products and thought, “maybe that would spur innovation for us.” They realized that what they really loved were the fresh peanut butter grinders at Whole Foods. “We realized…we’re not going to change our mind tomorrow [with this product.].” They decided that a fresh plant-based milk maker would be the ideal product to try. “Plant-based milk is unique for a few reasons…the ingredients are shelf stable. The second thing is that it’s mostly water.” They saw that the options out on the market weren’t as appealing as they could be and thought to combine technology with the push for a more nutritious plant-based milk.

A German company helped them develop a mill to process the almonds. Tolwin pushed them to engineer the whole machine prototype and surprisingly, all they asked for was $10,000. “That was a critical piece for us because it allowed us inexpensive entry into pursuing our idea.” Further into their development of the machine, they were looking forward to making good on their contact at Whole Foods when Amazon took them over. NuMilk ended up putting the machine into the Paramus, NJ Whole Foods location before it was truly ready.

Whole Foods Paramus normally sells 100 bottles of Almond milk a week. Numilk was hoping to sell 110 in their first week. They ended up selling 170 bottles on their first day.

NuMilk was a success for 2.5 days before the machine broke. After six months of fixing the machine every night, they received further investment and redesigned the machine. Five versions later, they finally had a great model, but then COVID hit. They used the opportunity to reevaluate. “One of the things we were trying to solve was how to have a direct relationship with our customers.” Tolwin realized that they wanted to create a countertop machine that could be used everywhere from coffee shops to boutique hotels to kitchen counters. Now they just needed a way to bring it to life.

There was an open casting for Shark Tank for which one of NuMilk’s investors was encouraging. Tolwin applied and then forgot about it before getting an email one week later. “To me, you just have to open that door a little bit and then you can kick it down. So as soon as there was that window to talk to a live person, I felt good.” There were many mini interviews, leading up to a meeting with the producers the day before they were supposed to film. “It was kind of like every job interview and school application…rolled into one massive thing.” They worked with a coach who prepared them to be on TV and had to quarantine for two weeks to be in the Shark Tank bubble at the Venetian in Las Vegas.

“We asked for a million dollars for five percent, and ended up with two million for ten percent.” Better yet, they were offered it by Mark Cuban, who was their preferred partner. “To see a machine that works well, delivers, is cost effective and makes something that doesn’t exist in a market that’s big and growing very quickly, that’s what got them excited.” Now, Tolwin and his partner are working hard at bringing the countertop model to market.

Tolwin wears his Judaism proudly, “I think everybody who talks to me for five minutes knows I’m Jewish.” (Though he notes that his being 6’4″ sometimes throws people off.) While they don’t work directly with Mark Cuban all the time, they send him updates regularly. “He replies immediately…if he doesn’t reply within 2 or 3 minutes, he’s probably not replying at all.” Tolwin notes that Cuban is Jewish and from the Midwest too.

While the NuMilk machines don’t have a hechsher, their raw ingredients do not need them. They will be releasing simple packets for the home counter versions that will have hechshers on them in the near future. While the at-home products are still a few months out, a store locator on their website can help you find a NuMilk kiosk near you.

In terms of how he connects Judaism to his work, he says, “I bring a lot of Tanach stories, even in secular context, in a lot of our conversations with investors and everyone else. I think of Chush ben Dan, I think of Nachshon ben Aminadav as a little bit of inspiration. Aharon Avinu making shalom…[and doing just] what Hashem told him to do. The [lesson] is that everyone wants to put their mark on stuff, and the answer is, just do it.” Tolwin is just glad he took the first step. “The best thing is just jumping into the red sea. That’s the perfect example.” 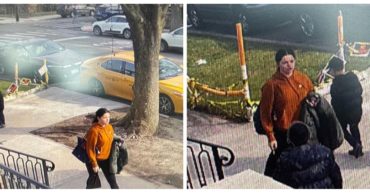