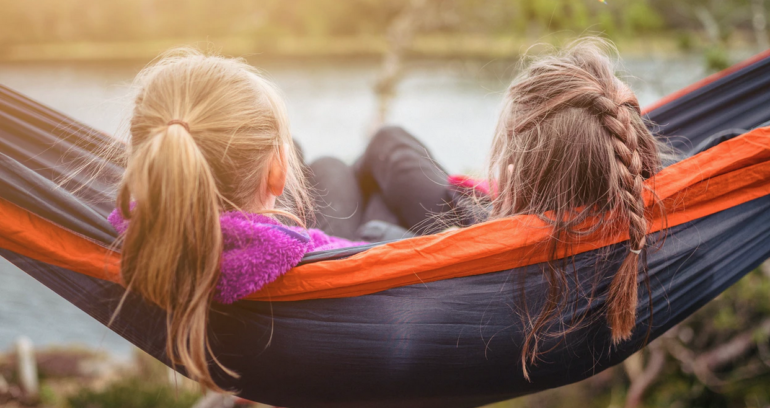 Traditional media often highlights the abusers of the religious Jewish community, but thankfully, there are so many out there in the Orthodox Jewish world working to create positive change, like Dr. Shani Verschleiser. Verschleiser is a trauma therapist and the founder of Magenu, an organization that works to protect our children by promoting education in personal safety‬. Growing up in an Orthodox Jewish family in Brooklyn, she was from a family of three children whose parents were divorced. Verschleiser got her doctorate in audiology but “found that the part I enjoyed the most was the counseling aspect. The part that was really connecting with people.”

She took a break to start a family and worked with her husband Eli on his at-risk teen work through his nonprofit Our Place. Through hosting these kids for Shabbos meals, she realized that many stories were related to some form of abuse in their narrative. “It was just right there.” She told her husband, “It’s so great to be working with these kids now, helping [to] be there, help send them to rehab if they need [and] just to be a person to talk to, but I really feel we have to figure out a way to work backwards and find a way to prevent them from getting hurt to begin with.” This idea got her thinking and questioning, “Why are there so many stories like this? Why is this happening?”

At the same time, she was raising her own children and would bring up sensitive topics openly with them. When her daughter was in kindergarten, she told her mother that she made a friend in the park. When they had a conversation about the danger of what could have happened, Verschleiser’s daughter responded with “‘Don’t worry mom, he was really nice.’ It hit me that kids really look for the monster. We all know it’s [generally] not the monster.” She studied this phenomenon more closely and thought about how to address it. “With so many abusers starting out nicely and then grooming and manipulating, it is hard to pinpoint that as being the issue.” When she tried to discuss what happened with the school, there was a lot of denial. “Our radar isn’t tuned in to these things, we want to look at things as positive and safe.” That took Verschleiser to want to get her child to understand this nuance without being afraid. She started doing a lot of research on how to teach her own kids and brought together a small group of moms in her living room for a discussion, “How do we help our community have education on this topic?”

At this point, she went back to school for social work. She took an academic interest in trauma and the effects on the individual in the long-term. “Trauma [manifests] in how the nervous system reacts, its really just not [going through] the event [by] itself.” Two people experience the same events differently, even in the same household. By understanding what it means for people who are wired more sensitively, she worked out a program where formerly taboo topics could be discussed with nuance and care.

She created a way of teaching kids about safe and unsafe touches where even the most religious schools are assured that it is broached in a tznius way. For example, the program doesn’t begin with that topic. “Until that point, there is so much that has to go into helping a child have a sense of self. Which really is the biggest way to give a kid reseilience.” Before that, kids have to be able to learn what a gut instinct is and how to listen to it. “It’s not only about knowing your body and knowing how to protect your body, but its having this identity where you can recognize and label that you’re having an emotion. ‘I’m nervious about my test so I have butterflies in my stomach.’ We listen to the indicators in our bodies that tell us that something is up.” Verschleiser ultimately wants students to be able to spot the grooming process and how to protect their bodies in a way that makes sense in relation to everything else. “It doesn’t matter where they are from religiously, this curriculum builds the trust and understanding to get through to them, even though some of them may already be being abused.” Reaching these kids through the curriculum has allowed healing from trauma before the kids become at-risk, and give them time to realize their own power so it stops in its tracks. “Trusting your gut, learning that there are trustworthy adults out there that you can find. How to recognize trickly people…all these factors are so crucial to letting a kid feel comfortable enough to know that it’s not okay.”

When Verschleiser first created the program in 2012, she and 40 volunteers used to go from Florida, to Maryland to nearly 40 schools in Brooklyn alone. “It was not sustainable and really according to the research, the majority of the time, kids respond more to teachers they already know and then disclose abuse to them. The children have time to digest it, time to ask questions. They have a face and somebody to hold onto.” She then met a woman named Lauren Book, now a senator in Florida. Book was sexually abused as a child and created a program called Lauren’s Kids, which specializes in education, awareness, and advocacy. Book’s anti-abuse curriculum was available in an easy-to-implement box. Verschleiser worked with Book to create something similar for Magenu. Four year later, she is proud to offer yeshivas, camps and other organizations the program in a box with a teacher manual, parent newsletters, supplemental materials and more. The curriuculum is geared towards schools and communities from Modern Orthodox through Hasidic. While parents and educators may seem daunted by teaching such a hot topic to their kids, Verschleiser has found that the kids follow the lead of the adults in their lives. “If you can get to a place where you’re comfortable, they will be fine.”

She encourages parents to speak out and ask their schools to present the curriculum. Many people come to her anonymously. Her advice is that if schools got together to do it at the same time, it would make it less taboo. “This is a difficult topic, but it doesn’t have to be.”