Why I Started Wearing A Yarmulke Every Day

Someone once asked how my skullcap stays put on my head. I jokingly replied, “Peer pressure.” Wearing a yarmulke, otherwise known as a skullcap or kippah, 24/7 is something I said I would never do. At a certain point, I had no interest in being identified as a Jew everywhere I went. While I was proud to divulge my Jewish identity, to be singled out or even targeted before someone even knew my name…no way!

All that changed when I discovered a community in L.A. where I could celebrate Judaism on a full-time basis. Upon moving to Pico-Robertson, our beloved shtetl in the middle of town, I was surrounded by skullcap-festooned men of all stripes. Not that I took on the custom to fit in; now I had living examples of young guys like me who were proud of their heritage and living committed Jewish lives. I was learning to perceive the world through a spiritual lens and for the first time, I discerned the “Yids with the lids” were serious players.

Wearing this six-inch circle on my head has fringe benefits. It serves as a unique conversation starter. I can’t go long without someone approaching me and “outing” himself as a member of the tribe, often telling me about every Jewish experience since his Bar Mitzvah. I patiently field rounds of “twenty questions” by Jew-loving gentiles. I get grabbed for a minyan in places like the airport, Disneyland, and movie theaters. Germans have approached me to apologize for their people’s actions during the Holocaust. Some folks are reverent; some stare. Most importantly, a yarmulke forces full-time menschy behavior. By publicly showing that I am Jewish, there is a responsibility to not cut in line, utter a curse word or order treif food. I even drive more nicely now. Tempting as it may be, I can’t flip someone off and risk desecrating God’s name when it’s obvious I’m a Jew. A kippah serves as a constant reminder that we are in a battle to make good choices, with our internal qualities matching our outside appearances. We have to maintain “balance” to keep it on our head, literally and figuratively. Just like we put on a sharp suit for an interview and feel like a million bucks, a yarmulke can make us feel like God’s trusted teammate.

The origins of the kippah are ancient and convoluted. I always thought Jews adopted the custom from Roman slaves because they, too, were demonstrating servitude to a Master. According to Rambam, one must wear a head covering when praying, but he doesn’t mention a full-time requirement. By the seventeenth century, it became halachically mandated as a way to distinguish Jews from non-Jews and to serve as a Kiddush Hashem, bringing honor to God’s name. Since I started this practice myself, I’ve seen how powerful the Kiddush Hashem can be.

In the past, I’ve never pushed wearing a kippah full-time on anyone but my children. These days, I’m becoming more vocal in my advocacy of full-time yarmulke wearing as a way to fight anti-semitism. Increasingly, Jews are vilified both on the right and the left. Being conspicuous defuses the situation, creating connections with both Jews and gentiles. It’s harder to hate when one has personal interaction with the hated. Instead of fearing being singled out as a Jew, I now proudly announce my heritage to the world and hopefully create positive associations about the Jewish people. 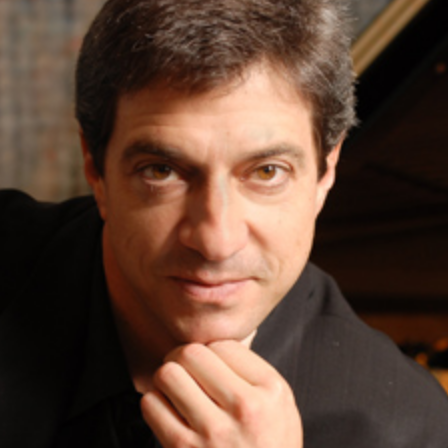 Sam Glaser is a performer, composer, producer and author in Los Angeles. His 25 bestselling Jewish CDs include: The Songs We Sing, The Promise, Hineni, A Day in the Life, Across the River and Kol Bamidbar. He scores for film and TV in his Glaser Musicworks recording studio and concertizes and teaches in over 50 cities each year. He was named one of the top ten American Jewish artists by Moment magazine, has sung The Star Spangled Banner at Dodger Stadium and Staples Center and has won John Lennon and Parent's Choice awards. His comprehensive overview of spiritual living, The Joy of Judaism is a current bestseller on Amazon. Visit him online at www.samglaser.com.

What Was Life Like For Jews In The Rest Of the World During the American Revolution?