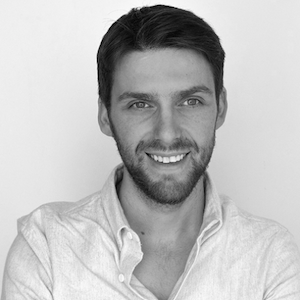 Joe Teplow, co-founder of the non-profit Good Today wants to make giving a daily habit for the world over. He came up with this idea as a student in Yeshiva University and started building out the concept from his dorm room. From the software they developed for Good Today, Teplow realized there was a for-profit application. That is how he came to also co-found Rebel Mail, an email technology company focused on making email actionable (they invented the embedded survey that you’ve seen in Home Depot emails after purchasing a product), which was bought out by Salesforce in 2018 when Teplow was only 27. Teplow was named one of Forbes 30 under 30 social entrepreneurs in 2020. At age 19, he was featured in Jewish Week’s 36 Under 36 for a tzedaka initiative he had created in high school.

Raised Modern Orthodox in Teaneck, New Jersey, Teplow attended SAR. His parents hosted the Happy Minyan of Teaneck in their living room every Friday night. With experience as a corporate entrepreneur and a social entrepreneur, Teplow says, “With Jewish day school you have a dual curriculum…I always managed to stay in school until 9 or 10pm because there was so much to learn.” He feels he may have learned more about entrepreneurship from making extracurricular clubs and activities with his friends than from classes. He volunteered as an EMT in high school in the Volunteer Ambulance Corps. “In some ways that still is the most fulfilling thing I’ve ever done…helping people in incredibly vulnerable situations.”

Despite Teplow’s parents wanting him to be a doctor, they “weren’t surprised” when he “jumped ship” to become an entrepreneur. At YU, Teplow says “one of my roommates was in the Maccabeats, Michael Greenberg. Unfortunately, Michael had lost his mom when he was younger to Leukemia and he was very passionate about the Gift of Life.” Greenberg knew that Teplow knew basic web design and wanted his help. Mayim Bialik also collaborated to help make their Chanukah music video into a successful fundraiser. “The next thing I know, this website that I and a few friends built, was getting traffic thrown at it.” They raised over $100,000 in 9 days. “It was far and away the largest thing I’d ever touched. I was obsessed with the analytics.” What affected Teplow most was that the $100,000 was comprised almost entirely of $18 donations. “For me, this was a formative lesson about the power of the internet to harness the collective for good.”

Teplow continued to help raise money for causes and came up with the idea of Good Today. These campaigns were amazing but short-lived. “I wanted to do something that was ongoing…[that] was evergreen.” Good Today itself drew its main inspiration from Torah sources. “We were founded on this principle that is so deeply Jewish…I think that Maimonides is one of the earliest sources, the Lubavitcher Rebbe speaks about it, but its this idea that when it comes to giving, giving small on a daily basis is more impactful than giving big one time.” Frequency is perhaps more important than the quantity of giving because it transforms a person’s character. Every morning, an email from Good Today arrives, talking about a problem in the world and two charities trying to solve that problem. Users click on where they want to give 25 cents that day. “Every morning you’re waking up and being cognizant about someone else and giving.” The idea took off. They grew from a handful of YU students to 15,000 subscribers. Good Today has since been featured in Forbes and been given praise by actor Ashton Kutcher, among others.

Teplow grew up in a home in which his parents taught him “if you’re capable of giving, then you have to do so.” He credits his mentors, investors and friends for helping him. “Any success [I’ve had], its just so obvious that I’m not running the show, of course, God [is]. For me it’s always been if that’s the case, then there must be responsibility that comes with the success.”

Good Today’s success came out of Teplow’s work with his email company Rebel, but his success with Rebel came from his inspiration in founding Good Today. “It’s really the impetus for everything I do.” He couldn’t stop talking about Good Today, which has led to serendipitous relationships. When he was introduced to Guy Oseary, Madonna’s Israeli manager, he only had 20 minutes and was supposed to speak only about Rebel, but “we ended up speaking about Good Today for an hour.” Oseary also had a vision of impacting the world this way and came on as a co-founder. He introduced Teplow to Kutcher and other celebrities who have become givers on the platform. “There are billionaires on the site…and we’re all just giving 25 cents a day.” They focus now on helping companies recruit their staff to be givers. Their corporate clients include Shutterstock, Jeffries Bank and 30+ more who want to cultivate giving on their teams.

Teplow was nineteen years old when he was about to walk into his first meeting with an investor. He had to make a decision immediately as to whether to wear his kippah and decided to keep it on. The day he sold Rebel to Salesforce, he asked if there was somewhere he could pray [Shacharis]. “They said, ‘You know, we have meditation rooms on every floor. The founder of the company feels deeply about meditation.'” He went into one of the small rooms, put on tefillin and started to say Shema, “and someone else walks into the room… They pull up alongside me and I notice them completely bowing down on the floor, fully prostrating themselves. It was a Muslim at their prayer.” Teplow was so overcome at the situation that he started crying. He introduced himself to the man after they both prayed and found out his name was Yusuf. Teplow told him that his own Hebrew name is Yosef. They hugged.

Teplow told this story to the founder of Salesforce, Marc Benioff, who was touched. Benioff later included the story in his bestselling book, Trailblazer. “I told Marc after it went live, and he’s a Jew, he’s a proud Jew, I said ‘do you realize that my grandparents had to hide that they were Jewish in the workplace, and not only am I not hiding it here, but you’re saying that it can be entirely myself in the workplace and that’s being celebrated?’ That’s a unique opportunity of this generation, where we can be entirely ourselves and not only is it accepted, but its something that makes us who were are, it can really fuel success.”

Teplow will personally sponsor the first week for any company signing up all of their employees. Email him at joe@goodtoday.org or Visit www.goodtoday.org to learn more.