Does Judaism Believe In Judging Historical Figures In Their Time Or By Today’s Standards?

As statues are desecrated, destroyed, and knocked down all over the U.S. in the wake of the protests from George Floyd’s horrific murder, a raucous debate has been reignited between the left and the right over whether we should destroy historical monuments because flawed leaders should not be celebrated or if we should preserve them because they are our history and we ought to keep them intact so that we can learn from them.

One of the reasons living as an observant Jew is so meaningful to me is because as debates rage on in the world, it is not always easy to know which side to align with. Fortunately, Jewish texts are packed with wisdom from ancient times that often have modern day applications.

As I asked myself if we should hold historical figures to modern day standards, I was reminded of Rashi’s commentary on Noah.

These are the generations of Noah. Noah was a righteous man, blameless in his generation. Noah walked with God. (Genesis 6:9)

At first glance, it appears that the Torah has a very high opinion of Noah, but Rashi clarifies that it’s more complicated, as the rabbis themselves have had a debate on the man:

Some of our Sages interpret [in his generation] favorably: How much more so if he had lived in a generation of righteous people, he would have been even more righteous. Others interpret it derogatorily: In comparison with his generation he was righteous, but if he had been in Abraham’s generation, he would not have been considered of any importance. “Noah walked with God”: But concerning Abraham, Scripture says (Genesis 24:40): “[the LORD] before whom I walked.” Noah required [God’s] support to uphold him [in righteousness], but Abraham strengthened himself and walked in his righteousness by himself.

It is an interesting thought exercise to replace a historical American figure, who has been considered a hero, with the formula our sages use on Noah. George Washington, for instance, didn’t just help establish our freedom from England, enable the U.S. to become a democracy, and serve as our first president, when he was offered the chance to become the first king of the United State of America, he refused. His peaceful succession of power to John Adams set our country into a historic path that has benefited millions and millions of people.

But – he owned slaves. He owned other human beings. Can we still consider him great? Well, if we treat him like our sages treat Noah, we can say he lived in a wicked generation and while he was exceptional among his peers, he wouldn’t stand up to today’s standards. Alternatively, we could say that if he showed greatness in a wicked generation, how much greater would he have been if he lived in a generation that understood how deeply flawed slavery was?

When framed like that, what I realize is that our sages ALSO were engaging in this debate. Were these figures from the past only great because there was nothing better in their time, or should we recognize that showing greatness in a lowly generation is something truly incredible? While they sadly don’t wrap the answer up in a neat little package, what they do teach us is that there is validity in having this debate in the first place, so we should consider both sides. Additionally, even if Noah was flawed, he wasn’t erased. It’s because he was preserved in our texts that we are able, to this day, to discuss him and debate him. 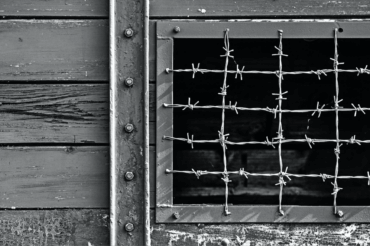 Is It Okay to Do Nothing in the Midst of Someone Else's Fight?