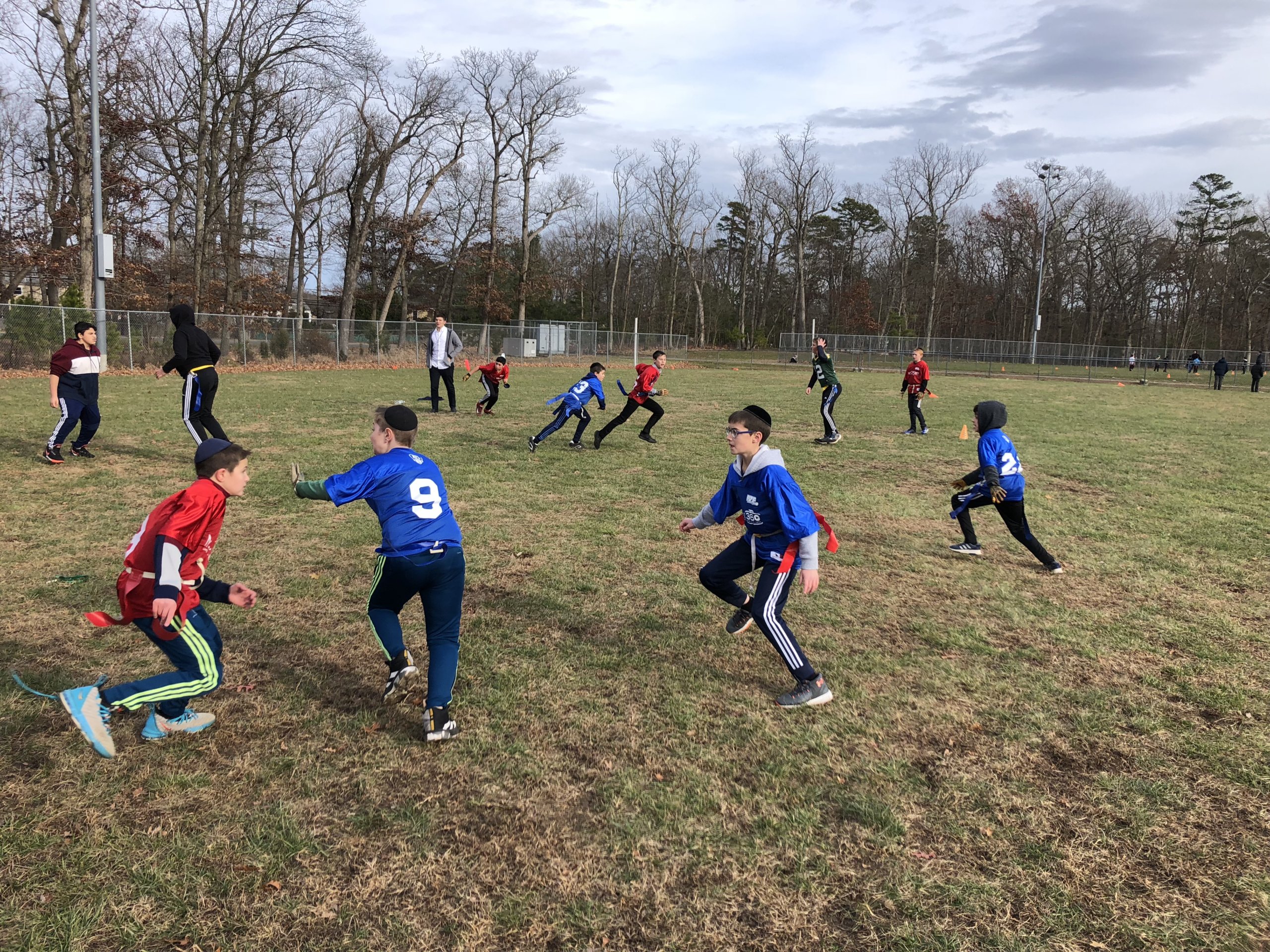 While Lakewood, New Jersey is best-known as a center of Torah study, there is a new trend for young, budding yeshiva bochurs: playing organized sports. RZF (Redzone Football) has led the way, founded by Moshe Reichman and Yitzchak Levy who both grew up in Brooklyn, where they met in 9th grade at Yeshiva Torah Temima. They now serve close to 1000 children in the Lakewood area with their sports activities. Their “flagship” program is flag football, and they also offer soccer for girls. “Baruch Hashem, we’ve had great success with that.”

Both founders grew up playing sports. “Growing up in Brooklyn, it was always encouraged.” In Israel, they both played on a JM in the AM football league. “The Lakewood community encourages playing sports on a very, very high level. They push the boys to play sports. We have principals of the mainstream yeshivas in Lakewood send their own sons to our leagueand they recommend boys in their yeshiva to come to our league. [They] believe that sports is a wonderful outlet for children.”

Moshe recounts that they were both learning full time, having been married a few years and had heard about a similar league in Queens. “I said, Yitz, I really think that it’s a good idea to have a football league here in Lakewood.” Levy agreed and wondered if local kids would go for it or not. “That night, Yitzy put an ad into the newspaper. I was like, ‘whoa, that was fast!'” Within a few hours they had many responses, which led to their first season hosting 40-50 kids. It just doubled and tripled from there. “We got great feedback and a lot of growth in very little time.” 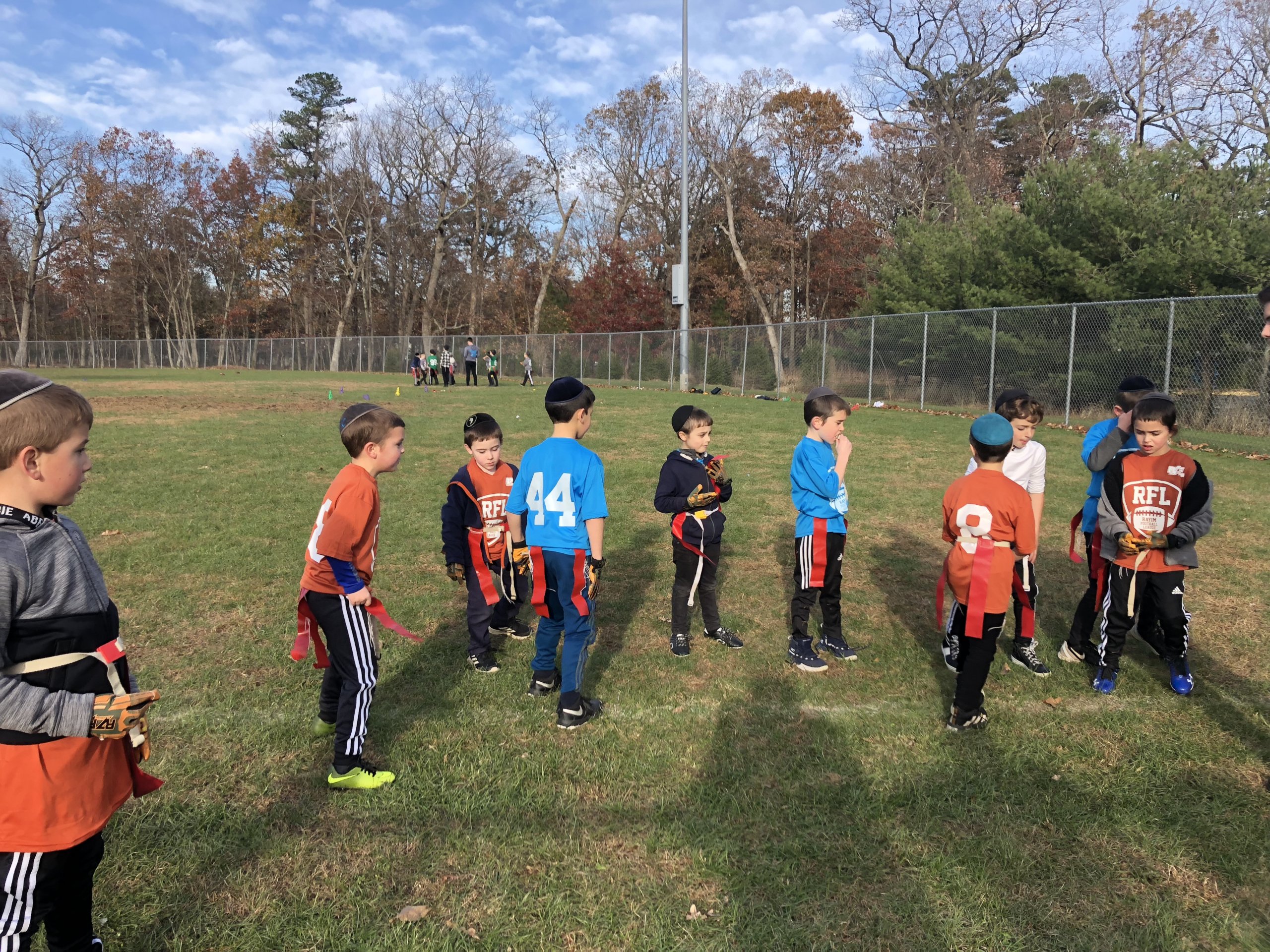 Their program includes kids from the Hasidish, Heimish and Yeshivish communities. “In eight years, we’ve had probably zero pushback for our program. The encouragement has been great.” The fact that the program is so structured and finds a place for everyone also leads to it being universally supported. While this might not have always been the case in every community, today, there is a different attitude. “If we had tried doing this twenty years ago in Lakewood, would we have seen more pushback? It’s possible. But I believe that a lot of the institutions of learning…realize that today, more than eve 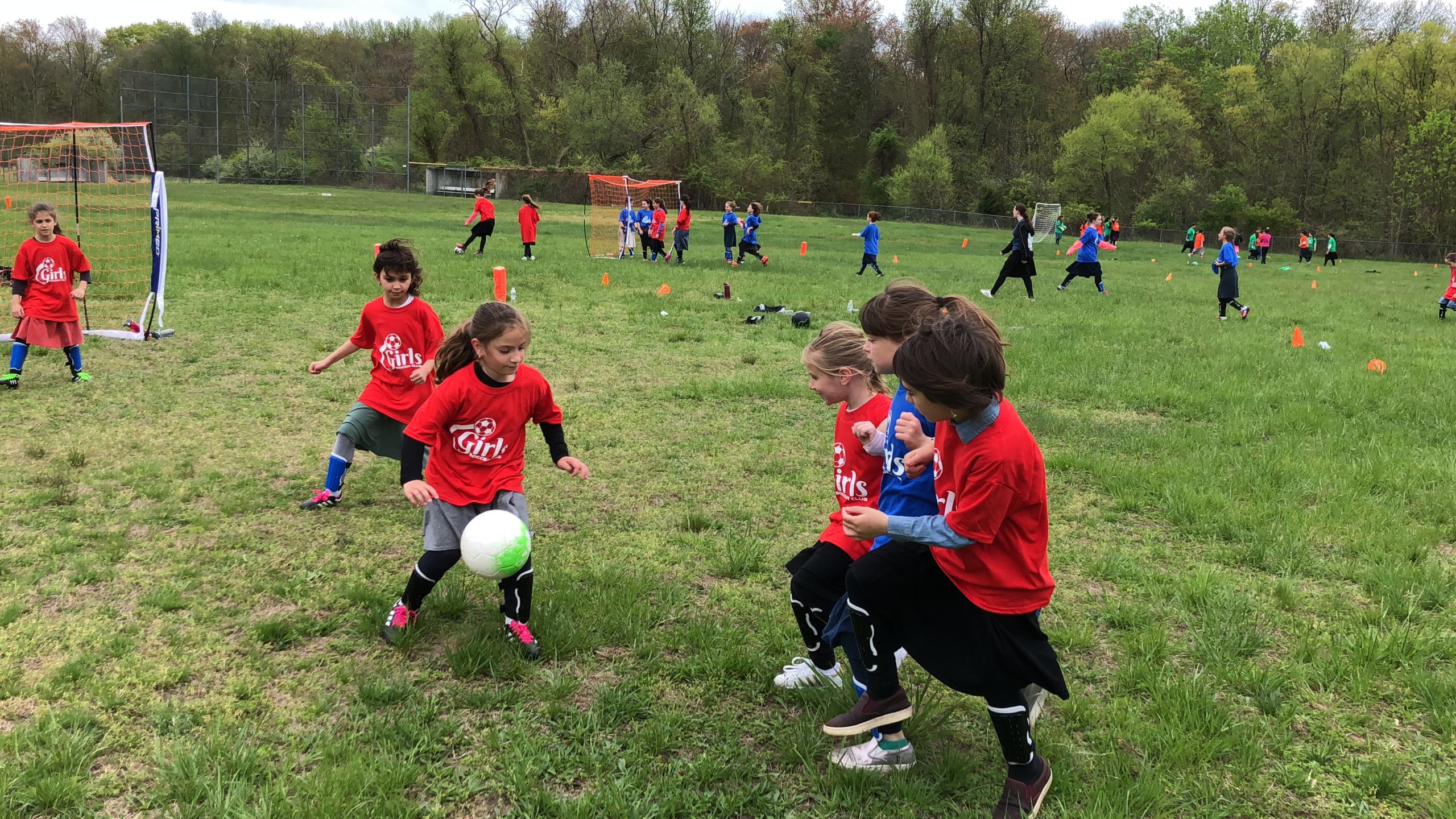 r, children need healthy outlets.” When a person weighs the pros and cons of all the outlets that are out there, “Playing sports is at the top, if not, the top outlet that they really want their children at their schools to be a part of.”

“…We have asked many Gedolim and Roshei Yeshiva about it, and their feedback is positive…” The success and growth of their program has made an impression outside of the Lakewood community as well. “Last year, I helped an individual based in Yerushalayim start his own football program…in Gan Sacher.” In his first year, that man had almost 50 boys in the erev Shabbos program, and it continues to grow.

Levy is still the principal and tries to practice this healthy approach in his school as well. “The educators of our world are getting smarter and using data to understand what breeds success.” They also study what sends kids ‘off the derech.’ They have come to the realization that healthy outlets are key. “An enormous amount of parents have told me that our programs have changed their kids’ lives. I don’t think that most kids would be broken without it, but there are many kids that have really become different people because they were able to have sports as a really good outlet.”

This is exemplified by a boy who they had in their league, who was going off the derech. Through sports, Rabbis Reichman and Levy kept up a connection with him through his rough patch. “He’s now 18-19, in Israel, learning in yeshiva and doing really well. His connection to playing ball in our program and elsewhere is what pretty much got him through his rough patch in life.”

There are still some members in the Lakewood community who see organized sports as outside of their hashkafa. The rabbis encourage those people to let their sons try it anyway. “When they come home for Shabbos in a better mood than they’ve been in, in months, they say ‘You know what? There’s something here.'” Some fathers start out not knowing what football was and have left the games cheering for their sons’ teams, with a new appreciation for the sport.

They offer programs from five-year-olds (though they don’t really start to get into the rules of the game until age seven) through high school. “Our main season starts right after Sukkos or ten weeks. We have three different locations with 40-45 games happening at once.” Over the course of the year, they run other programs that end in June, when kids go to camp. “The girls have fewer outlets for exercise,” which leads to both great interest and a surprising competitive streak when they get into it.”They really want to win!” There is also an adult league on motzaei Shabbos that some alumni have segued into.

While future NFL participation isn’t really their goal, they do nurture a love of the sport. Within Lakewood, there is another company that offers a basketball and baseball league, so RZF is sticking to football and soccer. They continue to evaluate what the community wants and what is popular and have recently launched a trampoline dodgeball league. “Within the sports world, we look for opportunities.”

Fighting Antisemitism With Kindness & Other Orthodox Jews in the News