My Grandfather Lost Everything in the Holocaust, Then Spent His Life Building Up Others 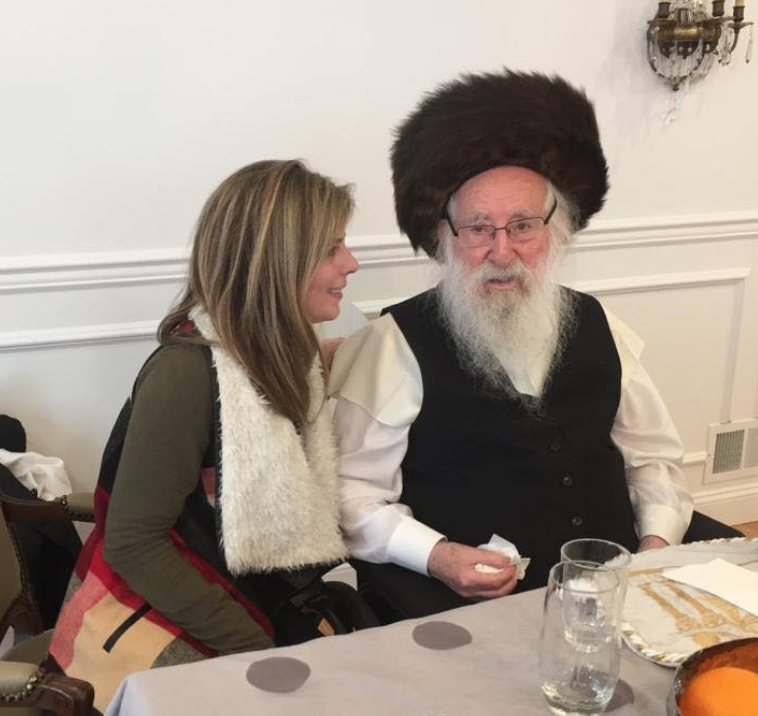 Zaidy didn’t talk much of the war, but we knew that what he went through was horrid. As a child, he would look at me and cry. He cried easily: when he prayed for the sick, when he said the blessing of Shecheyianu, and when he would bless us on Erev Yom Kippur.

I always wished I could have known what was in his heart. What he was thinking and feeling. I saw tears, and I wanted to know him more. He had so much depth, but he probably felt I’d never understand. And that would be right. I would never be able to understand what he went through.

Zaidy, who was raised Hasidic, was 14 years old when his parents and 3 siblings were brutally ripped away from their home in Romania by the Nazi’s and viciously dropped at a ghetto. From the ghetto they were herded on to cattle cars, like animals, and brought to Auschwitz, to Mengele’s infamous line. Unexpectedly and quite miraculously, someone tapped my grandfather on the shoulder. He told my grandfather to stand on a rock and say he is 18 years old. With nothing to lose, my Zaidy did just that. He was sent to the right while the rest of his family was sent to the left. Zaidy never saw his family again.

All alone in the big, scary and then very dark world at the young age of 14, he went through what no human, let alone child, should ever have to endure.

Zaidy watched as fellow inmates and loved ones dropped dead and were mercilessly killed. He was maliciously starved and moved between multiple concentration camps. He lived through the terrors of Auschwitz, Buchenwald and finally the harrowing death march.

When the death march got close to the border of Czechoslovakia, my grandfather and a mate intentionally veered off. They walked endlessly in the darkness until they saw light. Exhausted, malnourished, traumatized and frail, my grandfather knocked on a door and was welcomed by a generous gentile family who nursed him back to health. 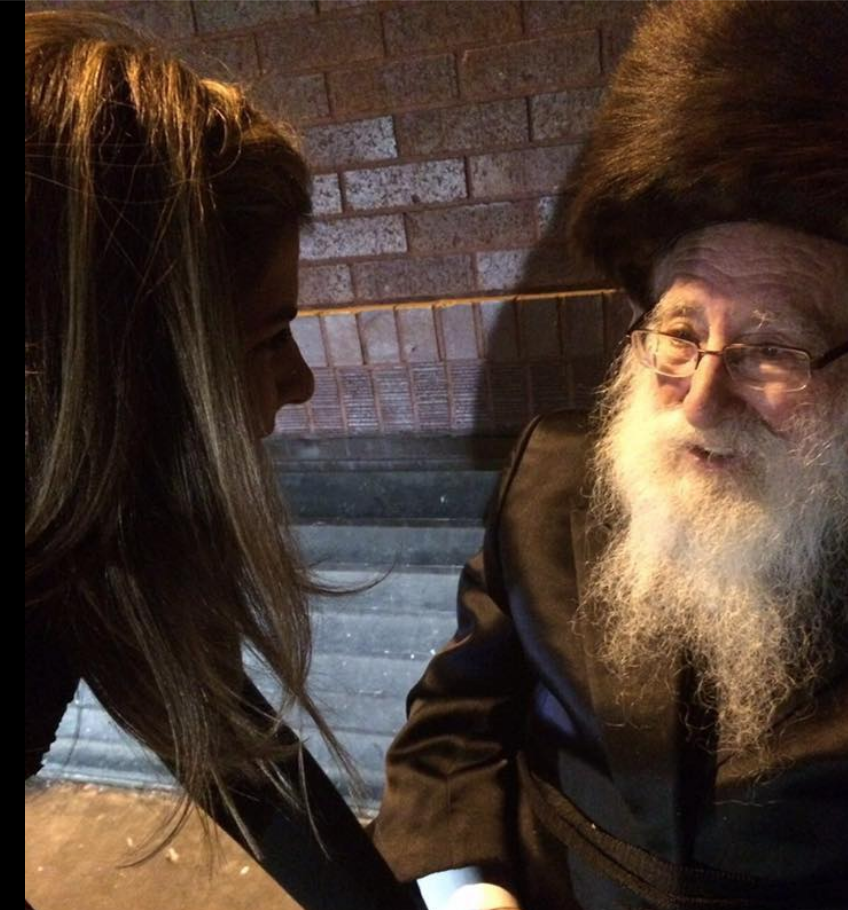 After a few weeks there, my grandfather continued his lonely but determined journey. With no money, family or anything to call his own, he made his way to learn Torah in a Yeshiva in Switzerland and eventually, Israel.

A few years ago, when my Zaidy was crying as I was leaving, I asked him “Zaidy why are you crying?” I still don’t know. But what I do know is that my grandfather’s heart was indescribably huge.

When he met someone, he saw a soul. He didn’t see what they were wearing or how they represented, he saw a soul that is worthy of love and kindness. And that’s what he did. He loved. He loved and loved, endlessly.

A few months before he passed away, I got a message on Facebook from a gentleman who went to the Yeshiva that was in my grandfather’s Shul. The Yeshiva was for teenagers that didn’t fit into mainstream yeshivas. Many would call them “teens at risk,” “difficult” or “problem kids.” This gentleman told me how my grandfather would go walking with him and pinch his cheeks. My grandfather did that to me! I knew I was precious to him but this boy too? I couldn’t believe that that same gesture of genuine love was given to others outside of the family as well! I’m still amazed when I think about it. When my grandfather pinched my cheeks not only did his eyes shine, it felt like he was bestowing worthiness and love onto me. He must have really seen another child’s inherent worth to deliver that same gesture of genuine love.

He also gave. His time, money, wisdom and resources. Whatever he could, to help another out.

I always knew my grandfather helped people, but never knew quite how much. At his funeral my uncle told of a time when my grandfather asked him to bring someone from the community to my grandfather’s house. This was a local man who was going through a tough time. When the man sat down in my grandfather’s study, he cried and cried. My uncle waiting on the other side of the door, heard my grandfather ask how he can help. The man said, “I was about to take a pill to end it all when you called.”

My grandmother tells of a phone call she received one year before Passover asking for the man who sells eggs for cheap. Being the wife of my grandfather, she quickly put the pieces together and offered to provide the same service as the previous year.

Zaidy didn’t necessarily say much but his face spoke volumes. His eyes beamed with understanding and compassion.

When I was going through my Jewish divorce, Zaidy called me and simply cried. He didn’t ask questions, didn’t make any suggestions, just truly felt with me.

There’s not enough to say about a man who lost his entire family and childhood by the hands of evil and came out shining like a light of love of a person. How?

Zaidy taught me that life is not to meant to be lived alone and even more so, to be the one that is there for other people on their journey. He even said the purpose of life is to help others!

To him the world was an endless to-do list. There were always people to call, people to love and people to care for.

In memory of the most loving human I’ve known. 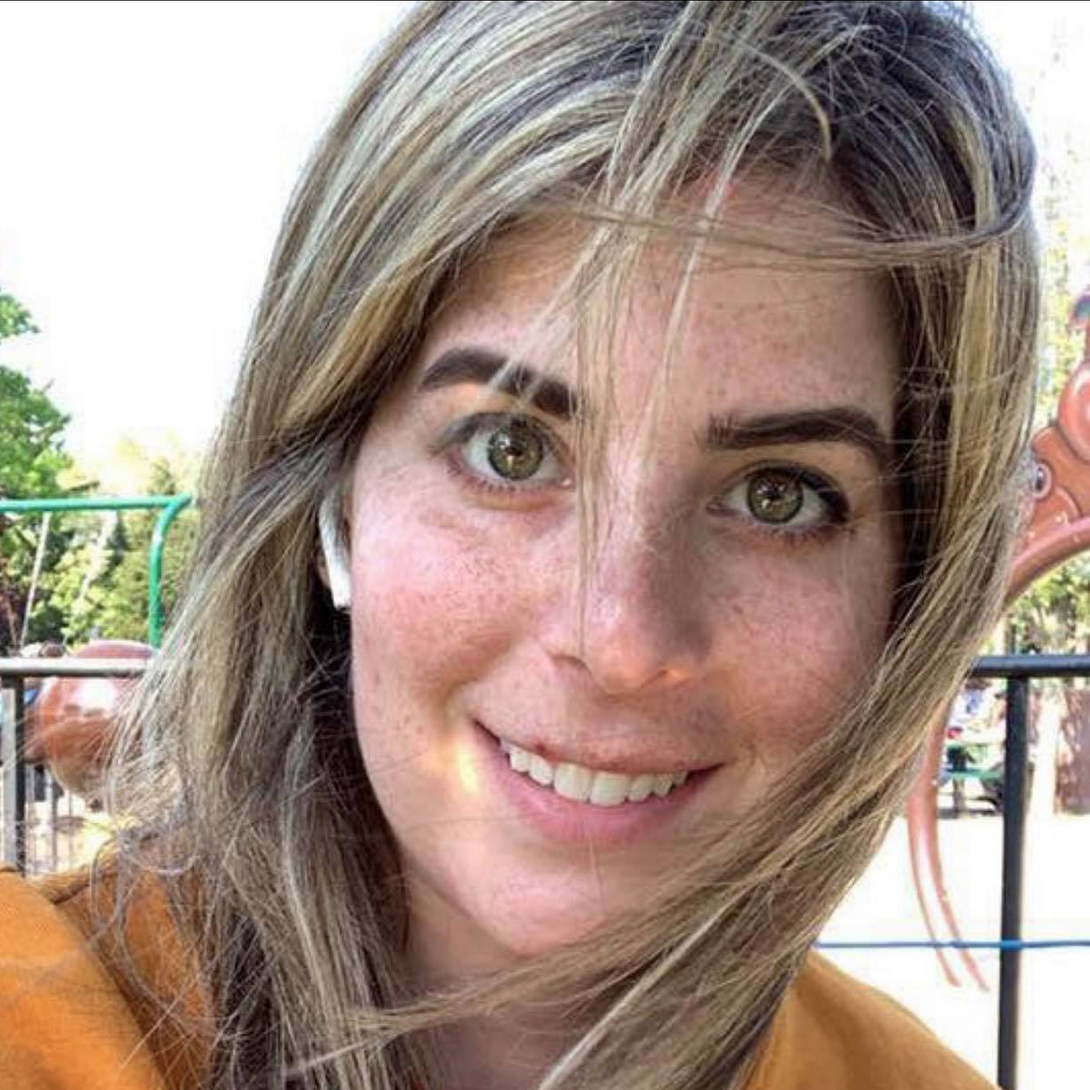 Rivky Adler grew up in Toronto close by to her grandfather. Eventually both Rivky and her grandparents relocated to the USA, where Rabbi Adler passed with his children by his side. Rivky currently lives in New Jersey, is a website manager by trade, and loves to write and sing.

Can a Tzadik Make a Mistake?