While Akiva Shtisel may technically not be Hasidic (as Yerushalmim look the part, but have different customs than Hasidim) and Zalmen Glauber is not angst-ridden like the fictionalized TV character, seeing a traditionally-dressed Jewish man from a close-knit community creating art that captivates the outside world, naturally reminds any Shtisel fan of the show’s protagonist.

Glauber was born and raised in the Hasidic part of Williamsburg, Brooklyn. “It was a different world [then,]” he says, comparing it to the gentrified artists’ enclave that hipster Williamsburg has become. “I’m Satmar. It doesn’t get more Hasidish than that.” 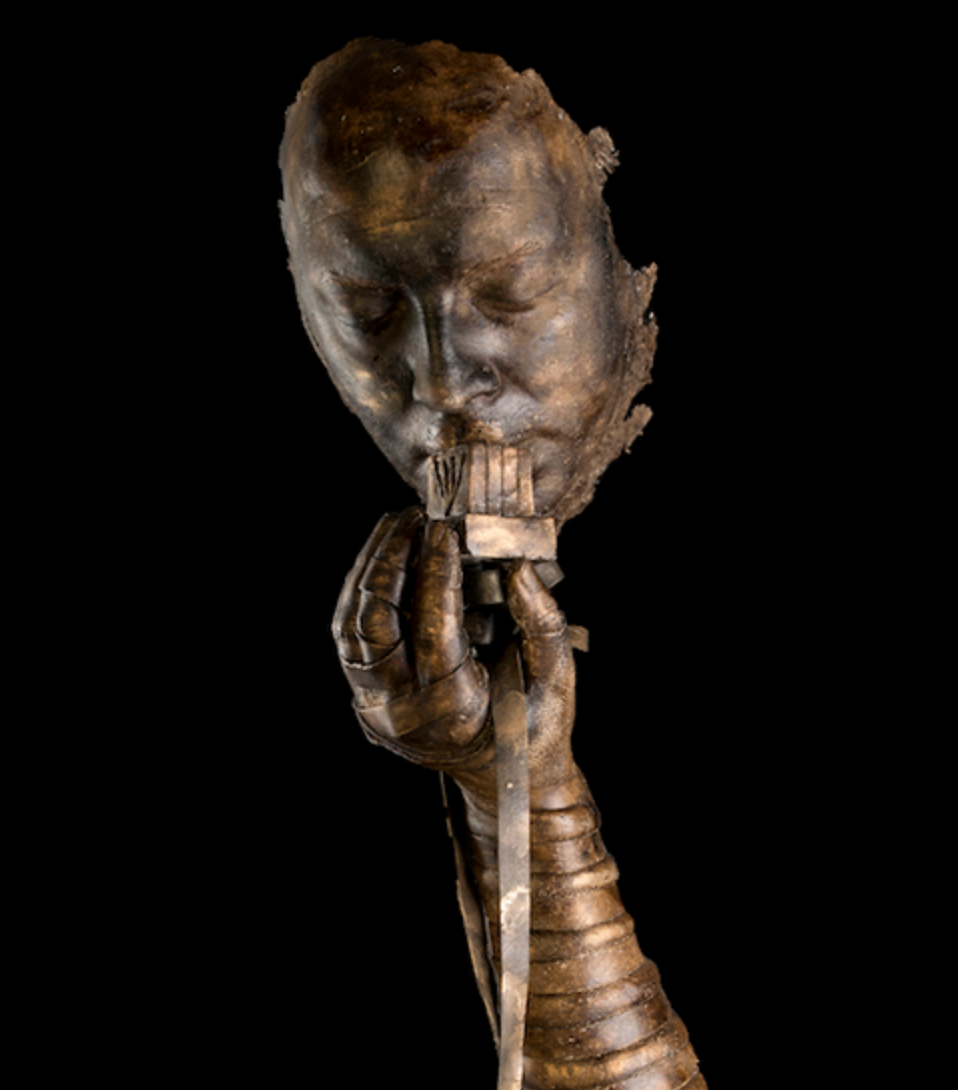 After attending Satmar Cheder, he went to local yeshivas and then a kollel. “As far back as I can remember, as a child, I was pretty fascinated by the capabilities of people just to scribble down a few lines and have a picture emerge.” At around nine-years-old, he saw a friend who could work magic with a pencil and it inspired him. “I never knew that art could be learned.” A cousin of his used to make diorama miniatures as a sukkah decoration featuring the Ushpizin and a tiny insight into their worlds. “I would peek in and get lost into that world. At first, I was hesitant, but then I asked my cousin if I could try it.” He taught Glauber the ropes. He would buy the pieces from tiny train sets and look forward to this every year. His mother was supportive and gave him advice. “I never stopped playing around.” 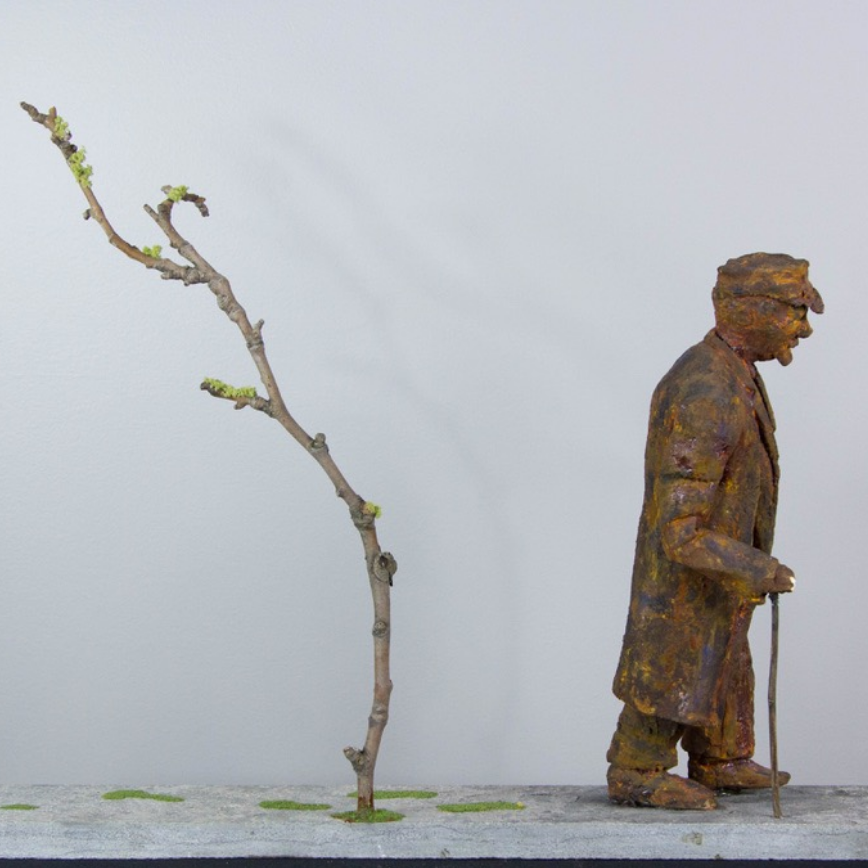 When Glauber got married, his wife worked at a center for mentally challenged patients. He spoke to a doctor there, who handed him a children’s book. “The child in the book’s parents went through a divorce, other kids were teasing him, and I was blown away by the idea of someone writing a book about a problem a kid has and then a kid reads the book and can relate to it. I was flabbergasted.”

The doctor told Glauber he would make a good psychologist. So Glauber decided to consult a Rav about it, but the rabbi didn’t know about college enough to comment, so he sent him to another Rav, who asked Glauber to read something in English. He did so poorly, the rabbi thought it was a going to be a fruitless endeavor, so he dissuaded him from even trying.

The next day, Glauber enrolled in college to become a psychologist, despite dyslexia and being unable to write in English. After four years, he had a bachelors’ degree, but ended up getting into real estate development. He was about to go back to school after a decade to get a masters’ degree, but had a few months until classes began. “Okay, let me take an art lesson.” Eight years later, he is a successful artist. 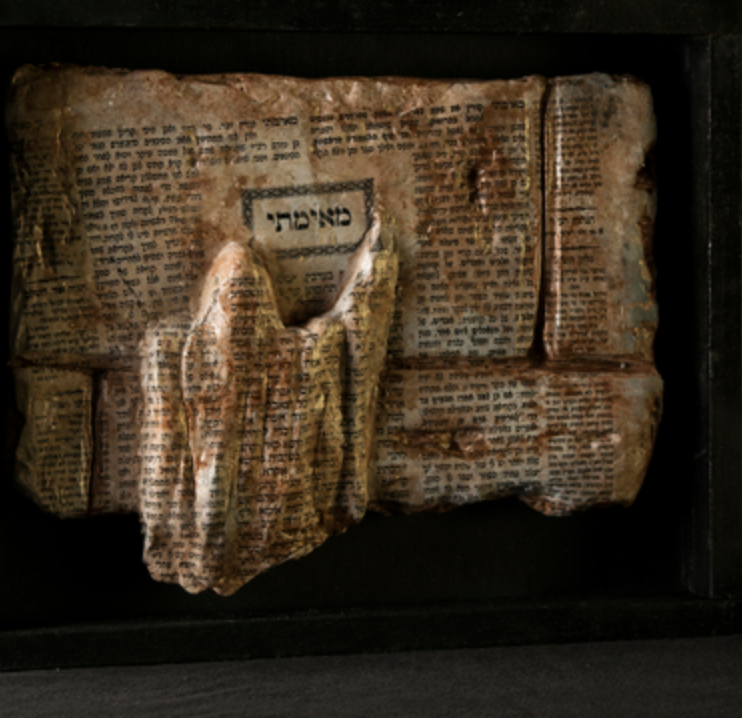 His first art class was a six-month course in sculpture. “It wasn’t easy, but I really enjoyed it. I took sculpting ever since.” He learned how to manipulate different kinds of clay and wax molds for bronze, in addition to drawing and painting. “My first sculpture I did, I threw away. Now I think… that I should have kept it.” As the years went by, his confidence grew. He finally opened his own studio in Williamsburg. He takes a lot of inspiration from Tanach, Jewish history and daily frum living.

The Hasidic community has been very supportive, especially his wife, family and friends. “I’ve gotten very good feedback. A while ago a family member asked me if I could do a tea party…to raise money for a cause.” He made an art show in his house, including paintings that his mother had done, photographs he took and more. “One of my cousins, a very holy person was there and he said ‘Isn’t this idolatry?’” Glauber responded that he has taken it to a few rabbeim and dayanim and it was no problem.

The impressions he received from fellow artists was one of surprise. “In school, I met a few [non-observant] Jewish people and some [eldery] people. They called me the baby…I brought one of them matzahs for Pesach.” That man grouped Glauber together with other Hasidim he had met in Israel but realized that he was different. Glauber was glad to shatter that stereotype. 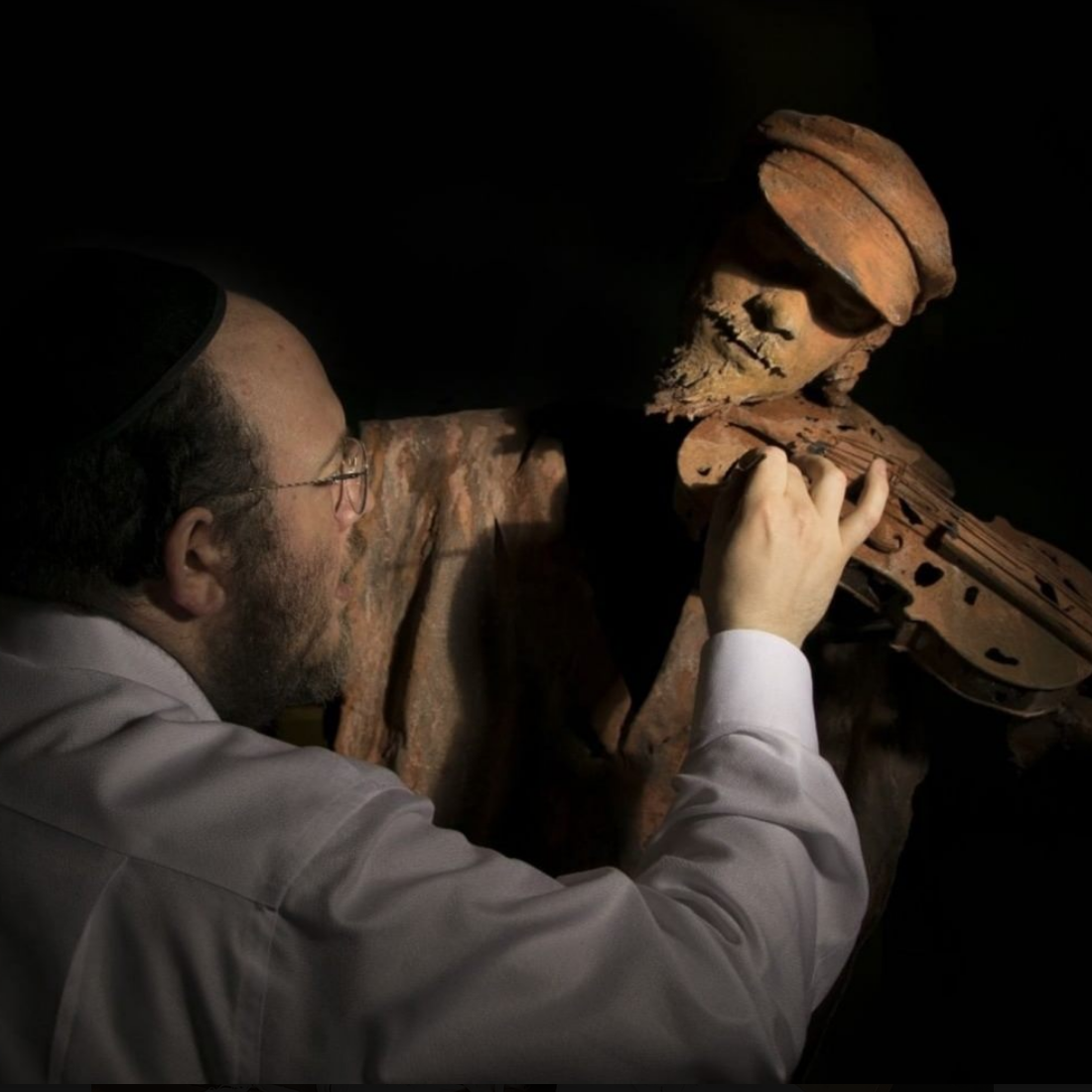 As for other young Hasidic Jews who might want to pursue art, he encourages their parents to be supportive and encouraging. “When you’re little, you don’t know if you’re capable of [something]…so if you’re father, your mother and your rebbe tell you ‘Yes, you can do this. You’re good at it. You’ll [get] better at it.’ I think that’s the first step.” Glauber believes this wholeheartedly. “Encouragement is the doorway to growth, to have a meaningful life.” He advises kids, “if you have a dream, just go for it and don’t give up.” As a teacher once told him regarding sculpting, “enjoy the journey…Life is a journey.”

To see more of Glauber’s art or his studio, visit www.zalmenglauber.com.

How I Explained Agunahs to My 10 Year Old Orthodox Son