Did Yitzchak Love One of His Children More Than The Other?

The story of Yaakov’s surreptitious acquisition of the blessings his father intended for Esav is well known. This episode, coupled with the Torah’s declaration of Yitzchak’s love for Esav, leads many readers to misinterpret Yitzchak’s feelings for each of his sons. While some assume that Yitzchak loved Esav more than he loved Yaakov, the text does not bear this out. Additionally, it is incorrect to assume that Yitzchak intended to bequeath Avraham’s legacy to Esav; this is certainly not the case. Yitzchak knew exactly who Yaakov and Esav were, what their respective strengths and weaknesses were. Nonetheless, unlike his wife who possessed “inside information” regarding their destinies, Yitzchak dared to dream that his son Esav, the hunter, might yet be part of God’s plan. While Rivkah knew that the two sons would become separate nations, Yitzchak continued to believe, or at least to hope, that they would remain one family. A careful reading of the blessings he intends for each son illustrates Yitzchak’s mindset.

In Parashas Toldot, Yitzchak imparts three blessings upon his two sons. The first was intended for Esav, but was surreptitiously taken by Yaakov. The second was bestowed upon Esav; Yitzchak was fully aware that it was Esav who stood before him when he gave this blessing. The third and final blessing was given to Yaakov; Yitzchak knew he was addressing Yaakov, and he also knew that Yaakov had already taken the first blessing by guile.

The first blessing, intended for Esav but taken by Yaakov, is certainly a beautiful one.

May God give you from the dew of the heavens and the fat of the earth, and the fullness of grain and wine. Nations will be subservient to you, and peoples will bow to you. You will be your brother’s master, and the sons of your mother will bow to you. Those you curse shall be accursed and those you bless shall be blessed. (Bereishit 27:28–29)

The blessing intended for Esav but taken by Yaakov speaks of wealth and power. What it neglects to mention is a spiritual mission or message. It was never Yitzchak’s intention to leave these spiritual gifts to his elder son. This becomes even more obvious when Yaakov is about to leave home, and Yitzchak summons him and blesses him:

The Almighty God will bless you and make you fruitful and numerous, and you will become a great nation. He will grant you the blessing of Avraham, for you and your descendants, to inherit the land of your sojournings which the Almighty gave to Avraham. (Bereishit 28:3–4)

Evidently, Yitzchak did have another blessing to give. This “blessing of Avraham,” which included the inheritance of the Land of Israel, was a spiritual blessing, and it was always intended for Yaakov; Yitzchak could not and would not give it to Esav. The blessing of power and wealth which Yaakov took had always been intended for Esav; only through Rivkah’s intervention, Yaakov received both the spiritual and the physical blessings.

Yitzchak apparently felt that the son who was devoted to spiritual pursuits should receive only spiritual blessings, while the son who was was devoted to physical pursuits should only be given blessings involving the physical realm. Rivkah’s understanding was quite different; she felt that her spiritual son would not survive without the physical blessing as well. Apparently, God agreed with Rivkah.

Perhaps Yitzchak pitied Esav; perhaps he felt that if Esav would be a hunter, dedicating his life to physical pursuits, he would be better off prospering by God’s hand than by utilizing his own unsavory tactics to succeed. Whatever his rationale might have been, it is clear from the text that Yitzchak’s love for Esav was, indeed, conditional, and therefore limited. It seems, though, that Yitzchak was fully aware of the different capabilities of his two sons: Yaakov reminded him of his own father, and Esav reminded him of his father’s adversary and would-be executioner, Nimrod. Esav is described as a hunter; the only other person described in this way was Nimrod. Yitzchak had no doubt about Yaakov’s capabilities; he knew that his younger son would live a life imbued with spirituality. The other child, Esav, was far more challenging: Yitzchak loved him for his hunting, and was intrigued with the idea of bringing those capabilities under control, of harnessing Esav’s wild power and bringing him in as a partner for Yaakov. In his mind’s eye, Yitzchak imagined what might have been if Avraham and Nimrod had joined forces: Perhaps their combined talents could have ushered in the Messianic Age. Now, Yitzchak hoped to realize this potential through Esav and Yaakov, and sought to engineer this historic union.

Yitzchak knew that Esav was a hunter; by commanding him to bring him food, he turned the hunt into a mitzvah. Yitzchak’s goal was to bring spirituality to the son who immersed himself in physical pursuits. If we listen carefully we can hear Yitzchak’s excitement when his son comes to him for his blessing:

He went to his father and said, “Father.” And he said, “Yes, which of my sons are you?” Yaakov said to his father, “I am Esav, your firstborn; I have done as you told me. Pray sit up and eat of my game, that you may give me your heartfelt blessing.” Yitzchak said to his son, “How did you succeed so quickly, my son?” And he said, “Because the Almighty your God granted me good fortune.” Yitzchak said to Yaakov, “Come closer that I may feel you, my son—whether you are really my son Esav or not.” So Yaakov drew close to his father Yitzchak, who felt him, and declared: “The voice is the voice of Yaakov, yet the hands are the hands of Esav.” (Bereishit 27:18-22)

Yitzchak was elated by what he heard: Esav had begun to speak like Yaakov! The voice—the kindness, the gentleness, the respect, and the reference to God’s involvement in his successful hunting expedition—all of these were the voice of Yaakov. Yitzchak was not confused or wary; he did not wonder why he heard “the voice of the voice of Yaakov” coupled with “the hands of Esav;” had he been in doubt, he would have stopped to investigate further before bestowing the blessing on his son. No, Yitzchak was not confused, he was overjoyed; he believed that his plan to unite his two sons had come to fruition. He heard precisely what he had always hoped to hear—the fusion of the very different capabilities of each of his sons. Little did he realize that in fact it was Yaakov who had taken on Esav’s hands, and not Esav who had taken on Yaakov’s voice.

Yitzchak envisioned a partnership between his two sons, and he invested his parenting in teaching them to join forces—Esav in the field and Yaakov in the tents—as Yissachar and Zevulun would later do. Yaakov and Esav were groomed to be team players. Esav, the fearless hunter, would be in charge of the physical world, while Yaakov’s domain would be the spiritual world. Rivkah, however, encouraged Yaakov to abandon his father’s fantasy. She had always known that this was not the way things would unfold. God had spoken to her, and she knew that only her younger son would achieve greatness.

Yitzchak’s dream was that his two sons work together to mend the world. The dream was not realized by Yitzchak’s children, for Esav did not accept the responsibility of serving God. Only in future generations do Yaakov’s children bring their grandfather’s dream to its fruition. 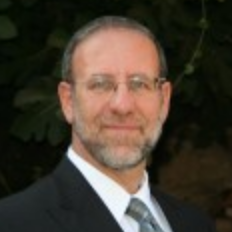 Rabbi Ari Kahn received his rabbinic ordination from Yeshiva University’s Rabbi Isaac Elchanan Theological Seminary where he studied with Rabbi Yosef Dov Soloveitchik. He graduated Yeshiva University with a BA in psychology and an MS degree in Talmud. He is Director of Foreign Student Programs at Bar-Ilan University in Israel, where he also is a senior lecturer in Jewish studies. Rabbi Kahn has published three books with Kodesh Press: Explorations Expanded (Bereishit), A Taste of Eden, and A River Flowed from Eden (all available at kodeshpress.com). He is also the author of Echoes of Eden and Emanations. Rabbi Kahn lives in Givat Ze’ev, Israel, with his wife Naomi and five children.

What is the Torah View of Marijuana Use?