Rozenberg is co-founder of Lost Tribe Beverage Company (and theological research institute), the head a of a technology start-up/ecological village in the Galil, and co-founder of the I-tribe. He is also a rabbi and mentor to NBA star, Amare Stoudemire, and helped inspire Amare’s Orthodox conversion. (More on that in a future article.) Rozenberg is a descendent of the Vilna Gaon via Rabbi Eliyahu Kramer. He learned that the Vilna Gaon had students who handled letters of the lost tribes of Israel. Rozenberg believes that his interest in the lost tribes is something “genetic in [his] blood” due to his ancestor’s connection.

Rozenberg was born in Queens and brought up in a Conservative Jewish home. He attended public school until the age of 13 and was then switched into yeshiva. From then on, he independently adopted a religious lifestyle, and as he grew up he started to “get interested in things a little bit more,” which directed him to study in yeshiva in Israel for his gap year after high school. Although Orthodoxy was no foreign matter, it didn’t occur to him that his rabbis’ teachings would make much of a tangible difference in his life. It was only after he returned to the U.S. to study at Queens College that he experienced a major awakening after hitting a spiritual rock bottom. He recalls “missing something crucial, a vital link lost which connected him to his roots and that’s when he concluded “we’re missing the Torah.”

Once Rozenberg made these realizations, he had a personal calling to go back to Israel, buy land, and learn Torah. Those were “the voices in my head for a period of time.” While there, he and his friends with whom he was working had a difficult time finding land and gaining people’s support. Once he heard about two lost tribes that immigrated to Israel with beer recipes, he and his friends researched further. Rozenberg contacted members from these groups, asking for their ancient wine and beer recipes, which originate from Ethiopia and India. They set up a meeting and were then introduced to the brew masters, the elderly ladies of the village, who taught them their secrets and methods of preservation. With these recipes, he and his friends launched their business in New York, as Israeli bureaucracy was too difficult to deal with.

Pashtuns of Afghanistan and Pakistan

As Rozenberg delved deeper into learning about the lost tribes, he discovered how many groups of people living in the world today have a national narrative of originating from the Children of Israel. There is a tradition among the Pashtuns of Afghanistan and Pakistan (population approximately 40 million) of being descended from the exiled lost tribes of Israel. (Incidentally, this is the ethnic group of the Taliban.) The Pashtuns refer to themselves as “Banay Israel.” Their tribes’ names have Hebrew origins, like Yusufzai, meaning sons of Joseph and Afridi, which some believe is connected to Ephraim. The similarities don’t end there. They have traditions and customs very similar to Judaism, including: dietary restrictions, wedding canopy, lighting Sabbath candles, and more.

The Igbo Tribe of Africa

Rozenberg also learned about the Igbo tribe of Africa. While there are only a few thousand of them left in Africa today, they were the main group of Africans that were brought to the U.S. during the slave trade. Rozenberg believes that a large number of today’s African Americans have Igbo ancestry and therefore Jewish ancestry. This group also practices Jewish rituals, including circumcision of boys on the eighth day, separation of husband and wife during the women’s menstrual cycle, dietary laws very similar to kosher, and more. It was through this Igbo connection that Rozenberg and Stoudemire met.

In Japan, on the island of Honshu, there is a a mountain called “Mount Moriya.” This is the same name in the Torah where Abraham performed the binding of Isaac and is the place of the Holy of Holies in Jewish tradition. For the local people on Honshu, their Mount Moriya is also associated with God. In fact, they even reenact the binding of Isaac each year as part of their Shinto tradition and go through the entire story, including sacrificing an animal in the place of a boy. The festival is called “Mi-isaku-chi,” which some believe originated from the Hebrew “Yitzchak.” 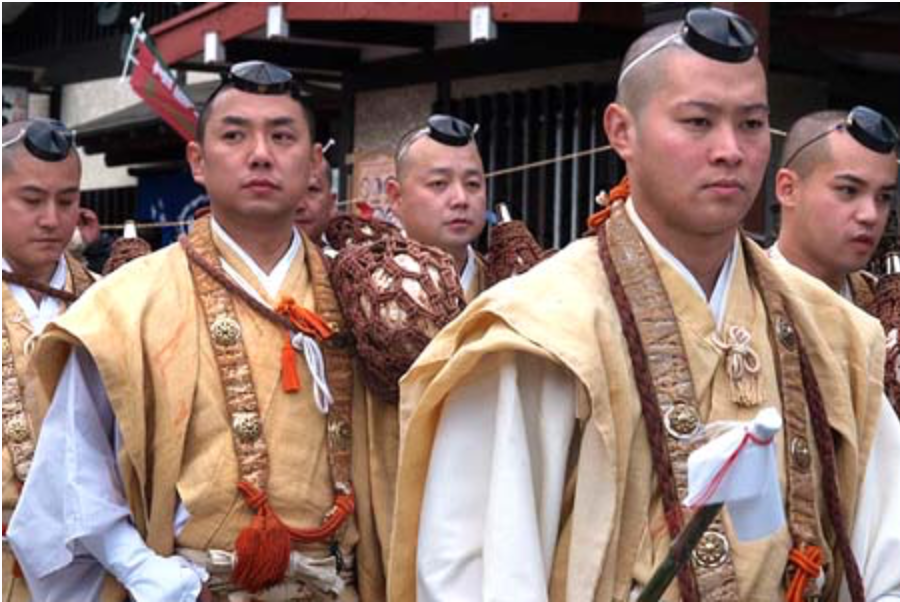 There is also a practice of the holy men of the island wearing black boxes, called “Tokin” and have a very clear resemblance to tefillin.

Lost Tribe Beverage Company ended up becoming a huge success in the U.S. and the plan was to have all profits go towards buying and settling land in the Galil. At first, Rozenberg and his partners catered an event organized by singer Matisyahu, which snowballed into more requests for the product. An investor approached them. Soon enough, Rozenberg received an official license to make and distribute beer commercially in upstate New York and then all over New York. They used the value of the beer company to get a large plot of land in Israel.

Rozenberg believes that his own return to the land of our forefathers as well as these lost tribes of Israel finding their way home is all part of millennia old prophecies unfolding before our eyes.

What's the Meaning of Blowing the Shofar?

Avinu, Malkeinu: What If You Hate Your Father And Are Terrified Of Your King?