Yes, Women Can Be Witnesses In Jewish Courts

While there are numerous challenges when it comes to Orthodox Judaism comporting with modern mores, one of the most common issues that people struggle with is the prohibition of women being witnesses in Jewish courts. There is no official reason given for this limitation, it is simply based on verses in Devarim 16:6 and 19:15, where the male gender (as opposed to the female gender) is used when describing witnesses: And they shall stand the two men, who have them the conflict, before God. Before the priests, and the judges, that will be, in those days. Through a gazeirah shava [an inference from the Biblical text], the Gemara in Shavuot 30a explains that only men are witnesses in court.

Except that’s not actually how things work in many instances, and fascinatingly enough, these exceptions started coming about 1000 years ago. We recently sat down with Professor Michael Avi Helfand, the Associate Director of the Glazer Institute for Jewish Studies, a board members of the Beis Din of America, and a consultant on rabbinical arbitration agreements and awards in U.S. Courts, to discuss this topic. 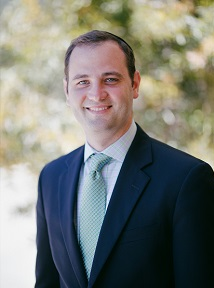 Helfand learned that women are acting as witnesses in Jewish courts by accident. “I got a call one day from a lawyer…’what happens if a Beit Din refuses to accept a women’s testimony and then creates a psak din?'” For a decision of a Beit Din to be enforceable, they can’t just discount evidence. It got Helfand wondering if this was an isolated incident. “It turned out that there were no cases in which this has ever come up…I could not figure out why.” Helfand researched the halachic evolution of the topic and saw that ever since the Rishonim (around 1000 years ago), Chazal had come up with many exceptions to the law that women couldn’t testify. “By the time you get to the 21st Century, the exceptions are so broad and so significant, that it [women not testifying] doesn’t come up in commercial cases and court.”

Helfand explored the historical ramifications of these exceptions, starting in ‘Talmudic Maternity Wards,’ where a midwife, moms who had just given birth, and a bunch of kids were together, all without the identifying bracelets used today. “The Gemara says ‘you can trust the Midwife to know that this kid goes with this mom.’ Here, a woman is testifying in an instance that has commercial applications.” Even if a woman is not a supposed to be witness she is still allowed to testify. The Gemara knows that men don’t pay attention to women’s clothing, but women do, so they can testify as to possession. This also comes up in cases where a woman is more likely to reveal information, such as abuse. “Rabbeinu Tam enacts a taken [decree] that in any circumstance where something instantaneous happens, whoever you have on hand as a witness, allows them to testify. This applies in a lot more cases.”

We asked Helfand how an unchanging Torah could change. He explained that “Certain forms of injustice are not going to be tolerated. Halacha evolved with respect to rules of evidence in order to account for those dynamics.” A Dayan has the authority to accept any evidence they feel is necessary to the case. Even the Orech HaShulchan says so. “The people who are doing that kind of judging have the authority to look out into the world, see what they think is true and accurate and incorporate that into a decision that applies God’s law.”

Although change can come about in certain instances, it is always a slow process, and for good reason. “The thing that makes law useful as part of the life of humans is that it is orderly and predictable. People know what the rules are and conform their conduct accordingly, and therefore they know what the outcome will be. That’s law’s purpose. This is a 1000 year long story I told you about.” Because of this, Helfand posits that law hates change. “This is why law is inherently conservative.”

So what about the hot button issues of today which seem unjust – is there room for slow change there? Helfand explains that for certain matters, we haven’t been able to change the fundamental halachic rules that bind us. Commercial matters inherently have more flexibility in them.

Our final question to Professor Helfand was why does no one seem to know that women are acting as witnesses if this process has been taking place for 1000 years? Helfand’s guess is that for many Orthodox Jews, this topic is not part of school curriculum and they haven’t given a lot of thought to how to how halachic obligations and commercial lives work together. “If we’re going to be whole Jews, by which the entirety of our human existence is going to be about living out God’s law in all spheres of our lives, then commerce shouldn’t be put off in a corner and [we] say ‘no, that’s just how we do business.’ The long term question is how do we change that?”

The Cover Up Is A Worse Chillul Hashem Than The Crime