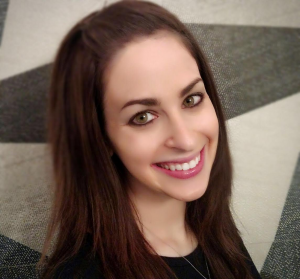 As we hear more about women in STEM in the secular world, so too, parts of the Orthodox world are putting more of a focus on this in recent years. For Estie Rose, genetics is the perfect place for her to combine her interest in medicine with her compassion for people. A resident of the Five Towns, Rose is a Genetic Counselor for JScreen, a national nonprofit organization based out of Emory University that provides low-cost saliva-based genetic testing and counseling for Jewish individuals of all ethnic backgrounds. With a Masters of Genetic Counseling from the Icahn School of Medicine at Mount Sinai, Rose also goes to high schools and speaks about this as a viable career to the next generation, providing a great role model for the future of frum women in STEM.

There are 37 programs in the US, and the acceptance rate is about 8-10%. However, there is a high demand for counselors and existing programs have expanded. A number of new graduate programs are in development to accommodate this need. The number of Certified Genetic Counselors has increased 88% since 2006. “My job is to explain the risks of having certain genetic diseases based on test results.” A good portion of Rose’s patients are in the process of family planning and look to her expertise in reproductive genetics. “Pediatrics, Cancer and reproductive genetics are all specific specialties within genetic counseling.” Some patients may have a family history of certain kinds of cancers, such as the BRCA gene mutation, which is common in the Ashkenazi community. Some genetic counselors might also work in labs or specialty clinics such as a cystic fibrosis center. Rose works exclusively with JScreen, asking patients clinical questions and walking them through the testing process, as well as consulting with them after the results come in, so that they can discuss all available options. “We supervise the case from start-to-finish, discussing what the results actually mean.”

Rose grew up in a modern Orthodox household, where both her father and brother are doctors. “Medicine and helping people prevent disease is what I’ve always wanted [to do.]” After attending Stern College on a pre-med track, she watched her brother working hard doing his residency. “At that point, I realized it might not be right for me. I ended up shadowing a genetic counselor at NYU in the cancer division. I had no clue that was even a career.” Rose fell in love with it immediately. “I saw that [the counselor] was taking very complicated concepts into meaningful and understandable components for her patients. This is a very anxious time in their lives. This woman was able to be there for them in their stressful time of need.”

Because JScreen’s testing process is supervised by a genetic counselor, “We don’t just say ‘carrier or not carrier.’ When people get tested for anything: blood pressure, biopsy, it should be interpreted by a professional and results should be relayed in a responsible way.” Rose also speaks to the fact that they provide robust services for all Jews, not just Ashkenazim. “Some conditions are specific to Sephardi and Mizrachi communities. There is a misconception about that and not enough press about them.” It used to be that genetic screening organizations didn’t test for Sephardi diseases because the panels to check for them didn’t exist. “Our lab has developed very large panels that help Sephardi, Mizrachi, and Ashkenazi.” The reason for this is that the genetics of Sephardi Jews aren’t as homogenous as Ashkenazi Jews and is dependent on country of origin. “We ask patients to tell us what country [their] family is from because we want to make sure that we test for specific conditions accordingly.”

Rose appreciates that she is able to be there for her patients, while creating a work-life balance. When JScreen patients receive their results, Rose gives them time, information and a listening ear. “I say ‘Here’s what we’re gonna do. We’re gonna discuss what options you have (if there are options [available]).'” At the same time, the job is a 9-5 job and Rose loves that she is there for her kids. “I’m also able to help my community and I’m a resource for them.” She is also part of a wider community of frum genetic counselors. “We all know each other.” Rose is also helpful in working with rabbis as well as doctors to help patients make the best medical and halachic decisions they can.

“I once had a frum female patient who turned out to be a BRCA carrier. One of the options we discussed for breast cancer risk reduction is a prophylactic mastectomy. She asked if she was halachically allowed to do surgery if there was no cancer diagnosis. Nobody had ever asked me this before, as I’ve never heard a psak otherwise. It is pikuach nefesh.” The woman had the surgery and is cancer free. “Orthodox Judaism is [all about] venishmartem me’od l’nafshotechem, [guarding one’s health]…doing preventitive things is very much encouraged. This is what we do in our culture. We try to safeguard our health as much as possible.”

Rose relates that Rav Moshe Feinstein issued a response about genetic testing that holds great meaning for all in her line of work. “He said, ‘not doing the testing is like crossing the street with your eyes closed.’ Who would ever do that? Who would go into a pregnancy without opening their eyes? It feels good to know that I’m doing the right thing.”

How Do I Explain That I Can't Date Non-Jews?

8 Amazing Getaways With No Kosher Food, Now Available to The Kosher Traveler!