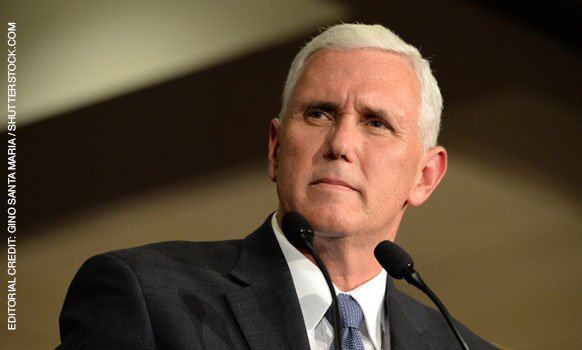 I read the Mike Pence doesn’t have meals alone with women who are not his wife or drink in mixed company. What’s the Orthodox Jewish approach to this topic?

That’s a very good question. Vice President Pence has been the object of a lot of derision for this but, anecdotally, I’ve seen people on Facebook who miss no opportunity to deride Trump give Pence a pass on this. That’s because, in certain communities, such behavior is normal. The Orthodox Jewish community is an extremely broad spectrum, so the details are going to vary a lot among different populations but even if it’s not one’s personal practice, it’s a behavior that is not considered extremist or crazy.

There is lots of Biblical precedent for separating the genders. Perhaps the best known occurs in Exodus chapter 15, following the salvation at the Red Sea. The first 19 verses of the chapter describe Moses leading the Jews in song. Then verse 20 tells us, “Miriam the prophetess, sister of Aaron, took a tambourine in her hand and all the women went out after her with tambourines and drums.” The men and women sang and danced separately.

Another passage that suggests this practice is Psalms 148:12-13: “Young men and also maidens, the elderly with the young, let them praise the name of God….” You’ll note that the young praise God “with” the old, but it says young men “and also” maidens – i.e., separately. While there’s no reason that people of different ages shouldn’t praise God together, the Psalmist deems it appropriate for the sexes to participate separately even in this lofty activity.

The Talmud in Succah (51a-b) uses the verse in Zechariah to suggest that, if gender segregation is appropriate in a time of mourning, it is certainly appropriate in situations that are potentially conducive to frivolity and flirting. It goes on to discuss how the Women’s Court was established in the Temple:

This, of course, is the source of our practice to have separate sections in a synagogue, typically separated by a mechitzah (partition).

The mechitzah is pretty universal in Orthodoxy but from there, things can diverge pretty widely. Many weddings and other affairs have separate seating for the genders, though not all do. (The Talmud in Kiddushin 81a tells us that Abaye and Rava used to set up partitions at coed gatherings.) Many communities have separate schools for boys and girls, though others are coed. (Yeshiva University, the archetype for Modern Orthodoxy, has the separate schools of Yeshiva College and Stern College for Women.) There are communities where men only call married women “Mrs. So-and-so” rather than using their first names. (A certain rabbi that my wife had as a teacher in high school insisted on calling her by “Mrs.” after we were married.) There are a very few communities where men and women walk on different sides of the street. (Even most Orthodox Jews would consider this degree of separation to be extreme.)

There are too many details to get into it here in any depth, but there’s also a body of laws called yichud, which is a prohibition against men and women being secluded together. For example, my current office has a door with a window but in my previous office, if I was meeting privately with a woman, the laws of yichud would require that the door remain unlocked so that others could enter.

So, even if a Jewish family doesn’t have separate seating at their own party, they’ve been to many affairs that do, and they get it. Even if they send their own children to coed schools, they know people who send their kids to separate schools even from the youngest ages, and this is normal. So when Mike Pence says he won’t dine alone with another woman, it doesn’t have to be my own practice to understand and appreciate the sentiment behind it.