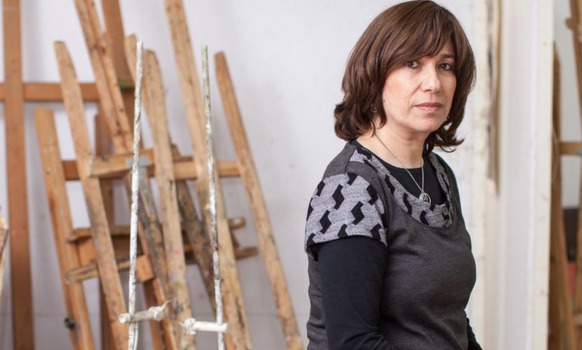 Jerusalem’s Haredi Art Gallery & Other Orthodox Jews in the News

In a public bomb shelter is the Art Shelter Gallery, the only gallery in Israel, and presumably in the world, that operates in a Haredi neighborhood and that is deemed appropriate for that public. Meet the artists and curators seeking to vitalize Haredi art world, and if possible, see fewer paintings of challahs and rabbis.

Former Chief Rabbi: What’s Happening in Syria is a Holocaust

Women, Fashion Has You Covered

The defining sartorial style of the 2010s has begun to emerge: sleeves and long skirts are in demand. While not mentioned by name, the inspiration of Brooklyn’s women who cover up include among them scores of Orthodox Jews.

Meet The Moguls, a group of top Jewish investors who make up BizTank, a New York City-based series that’s a less glamorous version of ABC’s “Shark Tank,” and more accessible to entrepreneurs seeking money and business advice fast. This group of Orthodox Jews evaluate a wide range of food, fashion, technology and business-related pitches, firing off tough, hard-hitting sales questions to the presenters, just as self-made multi-millionaire sharks like Lori Greiner and Mark Cuban do.

Jewish Thought and the ‘Pence Rule’

Nobody can stop talking about a recent Washington Post profile of Karen Pence, the wife of US Vice President Mike Pence, with many angry at what they considered the outdated and damaging beliefs and others admiring his safeguarding of his marriage. Many commentators also pointed out the parallels between Pence’s purported rules and Jewish law, in particular the laws of yichud, “seclusion.”

Public relations at the expense of the ultra-Orthodox community is too tempting for shameless advertisers to resist, as with the recent campaign for the Smurfs movie in Bnei Brak. The PR team created a poster for that neighborhood which no one requested in which Smurfette was removed, and consequently created a globally-viral story.

Why Don't We Have Miracles Like the Plagues Anymore?

The Most Unkosher Passover Pizza Ever