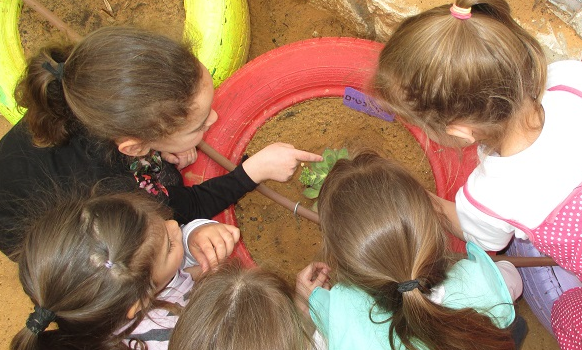 Not wasting and protecting Hashem’s earth and creations are foundational Jewish ideas. We even have a “birthday for the trees,” i.e. Tu B’Shvat, which begins tomorrow night. Quite shockingly though, there are too many members of the Orthodox Jewish world who regularly litter and have not embodied these Torah values. While no one knows exactly why certain parts of the Orthodox world are less conscientious about disposing of garbage, one theory is that disposable products only came into existence 50 years ago, and while secular audiences were privy to marketing campaigns to teach about the ill effects of litter, the most insular parts of the Orthodox Jewish world never got such messaging. Thankfully, some wonderful people within the Orthodox Jewish community decided to step up and make a difference. By educating children, the plan is for change to come about in the communities at large. LeShomra is a new organization in Israel which is educating charedi children in schools about nature and the environment for a greener and cleaner Israel.

Naomi Elbinger is the Director of LeShomra’s English program. The non-profit is working to bring a fundamental shift in the attitudes and awareness of nature in the charedi community. Having developed a Torah-based green education curriculum, they have run the program in more than 85 schools, have reached 10,000 students, trained 20 ecology experts and more than 200 charedi teachers in just one year. Founder Avishai Himmelfarb started the organization in response to the demands of the community. “It’s all a matter of education. Nobody is born knowing that this is the right thing to do.” A therapeutic gardener, he was requested to give over his knowledge to a larger audience. During the last shemitta cycle, he invited rabbis, schools and students to educational farm tours, teaching them about the mitzvos associated with agriculture, farming and the environment. According to Elbinger, “Over 7,000 people came to those tours in jut a few months. They loved it and wanted more.”

“[Our] Torah-based green curriculum has never been done before…the green initiatives that are out there are not really appropriate for a charedi audience.” But Himmelfarb and his team found a way to translate the material for the ultra-orthodox audience. A popular program is “Our Little Farm,” where children between 5-8-years-old spend 25 weeks in and outdoors learning not to litter, recycle, and appreciate the herbs and flowers all around us. They then get to watch their mini projects blossom in a hands-on lab. “They do everything. They care for it. Water it. Weed it. It becomes a part of their everyday classroom experience.”

The amount of trash generated by frum families can become astronomical, with Bal Taschis (wastefulness) being a concern. “Niflaos HaBoreh is the idea is that its very hard for us human beings to get close to Hashem. But one of the ways we can achieve it is to appreciate…the unfathomable complexity and beauty of His creation.” While this is a lofty ideal, it is not as easy for most Orthodox Jews in their day-to-day lives. “The reality is that many human beings today live in a way that is cut off from that reality. One of the ways that expresses itself is by not understanding what’s wrong with littering, which is really just a matter of education.” There are solid Torah sources that say that littering is absolutely prohibited, such as the Ben Ish Chai, who teaches that the angels who accompany a person home from shul on Friday night will not come home with someone who litters. Rav Yitzchok Silbershtein of Bnei Brak takes this a step further: a litterer doesn’t understand the mitzvah of Bein Adam l’Chaveiro (consideration of your fellow). This comes down to the most basic tenet in the Torah: not to do to another that which you hate.

On the one hand, this could seem depressing that so many religious Jews fail to understand such an important piece of observance, but Elbinger views it with great positivity. “Here’s the good news…because we are a Torah-based program and we work with a population that is so receptive to any Torah ideas, we find that the children, teachers and families are [ready for it]. It’s amazing how quickly it can spread.” Despite limited funding, schools come up with the money themselves. “The teachers and students want it. We can’t even measure the impact, but in a few years on the streets of Jerusalem, we’re all going to see [the difference].”

But the impact isn’t just on the streets. “I recently spoke to one of the teachers running the program in Modiin Illit. One [student] would never tell her [mother] what was going on at kindergarten. Since they started Leshomra’s program, the girl began to talk more and more about what they were learning – plants, birds, seasons. She became the little queen of her classes’ mini farm, always running to see if the plants have grown new leaves. The girl has become generally more lively and confident as a result. The teacher thinks this program should be in every classroom as the kids benefit so much, especially the shy, withdrawn ones.”

What Does "Resting" On Shabbat Mean?