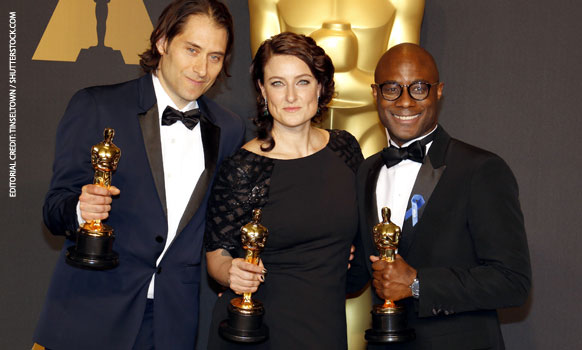 Having been voted New York’s hippest rabbi (an honor which along with a Metro Card may get me to Midtown) and serving as the rabbi to Brooklyn’s trendsetting Pratt Institute, I find myself in a constant search to remain hip with the ‘kids.’ So when it came to planning this year’s perfect Purim party, I searched around for a theme. I finally found a slam-dunk idea, one that would resonate with those pesky millennials who are always so hard to please…”Purim in La La Land.”

The perfect cholent of old-timey Hollywood glamour mixed with an indie-film art-house sensibility, the movie was destined to sweep the Oscars, which would coincide perfectly with the beginning of my Purim party campaign. Everything was perfectly aligned. I was in hipster heaven. As the ‘kids’ would say it was “LIT.”

Yet as the old Yiddish proverb goes, “Man plans and God laughs.” I thought my crafty plan had come to fruition when La La Land was announced as the Best Picture of the 89th Annual Academy Awards on Sunday night, only for an inconvenient truth to be surprisingly revealed.

As La La Land’s producers began delivering their acceptance speeches and I began rubbing my hands, delighted with my brilliantly-chosen Purim theme, chaos erupted on stage. We learned (alongside the celebrities in attendance) that Warren Beatty, presenter of the Best Picture award, had been handed the wrong envelope. This led Faye Dunaway to erroneously announce that La La Land had won; Moonlight was in fact the winner.

This nightmarish moment was handled with surprising grace by everyone involved…everyone except me!

Yet like the award it almost won, the movie itself ends in a twist. MAJOR Spoiler alert…. the dancing couple (adorning the poster) break up, in glorious Technicolor.

La La Land is fashioned after Old Hollywood musicals, yet in a thoroughly-modern interpretation, its closing number side steps and doesn’t follow the script of a happily-ever-after resolution. Life rarely falls into neat bows and movie-worthy endings, at least as far as we can see. No matter what Hollywood may tells us, we don’t always get the picture-perfect, ride-off-into-the-sunset fade-to-black from our vantage point.

When listening to the megillah being read on Purim, we are commanded to hear every word. Perhaps that’s because we are supposed to remember that the miracle of Purim does not occur at one specific point in the megillah. It’s in the totality of the details that the salvation comes about. Our past infuses our present and future with meaning. Rarely do we get to appreciate the entirety of our story in our lifetime, but that makes it no less perfect and no less miraculous.

So maybe my “Purim in La La Land” theme will work after all. The Oscar snafu was not a mistake. In fact, maybe for once, Hollywood (& I) got it right.