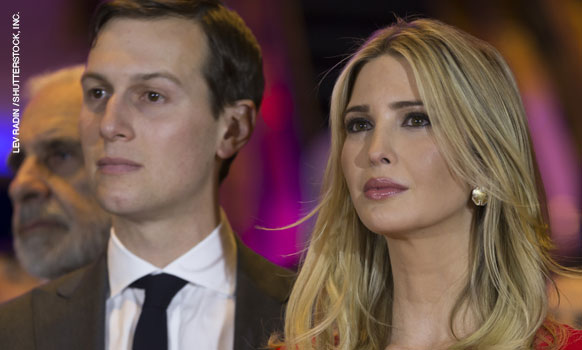 The SNL writer who called Barron Trump a “homeschool shooter” was just permanently suspended over her remarks, and as a kid I remember hearing how Chelsea Clinton was mocked on Saturday Night Live for being an awkward teen. Thankfully, in both cases, people on both sides of the aisle spoke out, saying that making fun of children goes too far. And when photos from Melania Trump’s past were released a few months ago, so too, we heard Trump supporters and opponents argue that a person should not be judged for something they did decades earlier, before they knew they’d be stepping into public political life. Well, I’d like to add one more category to the list of things we need to lay off even when we consider someone our political opponent: their religion.

All people should actually lay off of all people’s religious observance and choices in all times: When my family was visiting Amish Country a few years ago, my daughter saw what she thought was an Amish man talking on a phone (turns out he was Mennonite), she whispered in my ear, “Mommy, why is he on the phone? Isn’t he not allowed to DO that?” I explained to her, “Just like we don’t judge another Jew’s Jewishness, so too, we don’t judge an Amish man’s Amishness.”

It’s frankly comical to see articles from writers who have no idea how halacha (Jewish law) works pontificating if the psak (halachic ruling) that Jared and Ivanka got to be driven to the inaugural ball on shabbos was valid or not or claiming that Jared, attending an emergency meeting during the campaign which took place on Shabbos, meant he violated Shabbos (i.e. he could have walked there).

But who really, really, really needs to lay off of religious judgementalism are Orthodox Jews. Because people already think we’re super judgy about religion, and the more you post on social media that you don’t like what Ivanka wore or that you doubt the validity of her conversion or the way she observed Shabbos, not only do you show your lack of religiousity when it comes to the mitzvos of: “Don’t judge another man until you have stood in his place;” “He who publicly shames his neighbour is as though he shed blood;” and “love and don’t verbally harass the convert,” you also reinforce the stereotype that we are judgmental people. We spend all day long fighting stereotypes about Orthodox Jews here at Jew in the City, and your snarky comments involving religion make our jobs harder.

We got off to a rocky start, but love it or hate it, we have at least four more years with several observant Jews in the spotlight. So we have at least four more to do better. Imagine if in the next four years, we took advantage of the chance to show people how much we value the mitzvah of giving others the benefit of the doubt. Disagree on policy, protest rhetoric, and organize your base to win the midterm elections and beyond. But please, please, PLEASE leave religion out of it.

The Luxury Year-Round Kosher Hotel You MUST Visit!