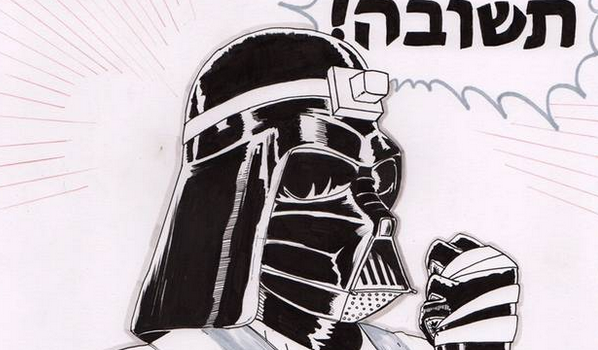 Sarah Hofstetter: The Orthodox Marketing CEO With a Heart of Gold
Sarah Hofstetter balances being CEO of a top ad agency with clients like Coca Cola with being an observant wife and mother. She combines her love of chesed with her know-how by providing fundraising education to non-profits and tzedakas.

Ultra-Orthodox Filmmaker Takes Viewers Through The Wall
Orthodox Jewish All Star Rama Burshtein won critical acclaim with her film Into the Void. Now she is back with Through The Wall and critics like what they see.

The Religious Men Who Dance Like Heroes
Ka’et Ensemble is an Israeli modern dance troupe composed of only Ultra-Orthodox men. While their moves may be avant garde, their mitzvah observance is old school; they will bring both to a dance competition in Jerusalem this week.

Jewish Comic Con Celebrates American Comic Book Roots
Niche Comic Cons are a becoming a hot trend in the world of comic books, and the first-ever Jewish Comic Con was held this week in Brooklyn. Held at an Orthodox shul complete with minyanim, this comic con honored both the roots of the genre’s most beloved characters and its Jewish future.

Meet a Couple Who Turned $100 Into a Blessing for the Homeless
Henry Bernstein from Woodmere, NY and Deena Buelcher from West Orange, NJ were each given $100 from the Rachael Ray show with the instruction to “pay it forward.” They made care packages for the homeless which have inspired them to continue the tradition monthly with their own money.

Advertisers Look to an Era of Increased Data and Fewer Facts
With Trump’s surprise win throwing the country into shock, top marketing experts were asked how the polls and the outcome could differ so greatly. Orthodox Jewish All Star Sarah Hofstetter was one of the select to weigh in on the topic.

Author Events Around Asheville and a Tasty New Anthology
Poet Yehoshua November is getting more press on his new book of poetry, as recently featured in the New York Times. Speaking in North Carolina, he is continuing to receive acclaim even amongst non-Jewish audiences.

As Israel’s Orthodox Enter the Workforce, High-Tech Beckons
Israel’s High Tech Sector is touted as only second in the world to Silicon Valley. The surprising new demographic that is shaking up the Israeli Tech world? Ultra-Orthodox Jews.

Chocolate Hummus And Some of the Coolest New Kosher Foods

Is Celebrating Thanksgiving Kosher, According to Jewish Law?