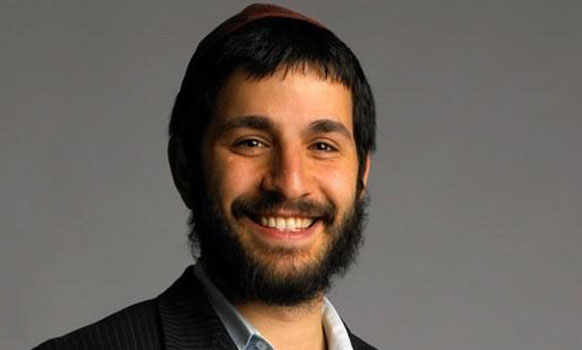 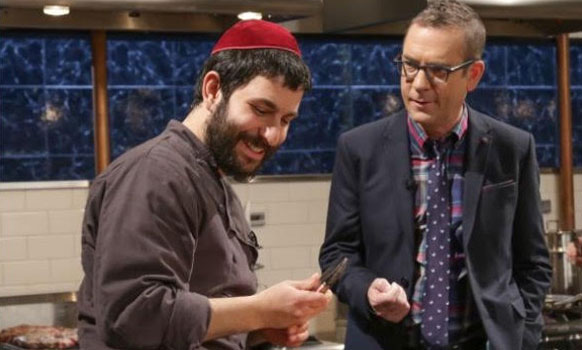 While Orthodox women are often thought of as the ones who are stuck in the kitchen, for Rabbi Hanoch Hecht, who hails from a large and renowned rabbinic family, this has never been the case. “My father went into the kitchen [to cook] from time to time, and I grew up with that as a reality. Today men are taking on many different roles and one of those roles is helping around the house. My wife doesn’t let me do all the cooking because my cooking is typically very spicy. I think it’s a little therapeutic to get into the kitchen and cook for a little bit.”

Besides being helpful to his wife and doing something he enjoys, Rabbi Hecht sees another benefit to his culinary involvement. “I’d like to think that I’m helping out the family and creating a more peaceful home with being in the kitchen.”

The Chabad emissary to Rhinebeck, New York, Hecht began his love of cooking in childhood and today incorporates it into his mission of spreading Judaism and his passion for and excitement in teaching the world about keeping kosher.

As the shluchim to Dutchess County, NY, the Hechts reached out to the local colleges there. But the one that intrigued Rabbi Hecht the most was The Culinary Institute of the Arts, or CIA. There, he began to create programming for the Jewish students and was invited as a guest lecturer to speak about how the laws of keeping kosher impact cuisine. Already having had a passion for food, gardening and cooking, it was only natural that Rabbi Hecht turned more seriously towards his hobby.

Knowing what a fascinating intersection of worlds the rabbi represented, a student at CIA had told him that the Food Network was looking for clergy members for their show “Chopped.” Rabbi Hecht was amused. “I don’t have a television and I’m not really on my computer so much so I don’t really watch cooking shows. I’ve now come to learn that ‘Chopped’ is the most popular show on the network.”

The Rabbi voiced his interest and got in touch. Soon after he was interviewed by them, but not before he downloaded three episodes to familiarize himself with the format. “They wanted to know if I was capable of the challenge.” Rabbi Hecht explained to them that for every Jewish holiday there is a special food: hamentaschen, blintzes, and other Jewish traditional foods require a range of both baking and cooking. This impressed the judges, who went on to accept him as a contestant on the show as part of their amateur series, where they have firemen, policemen and other civilian chefs compete.

“This show is called ‘Leap of Faith.’ It has a young woman who is going to become a nun, a minister, a pastor and a rabbi.” It was a fascinating experience for Rabbi Hecht, who was able to work alongside other clergy who discussed food in terms of the laws of their religions as well as the more mystical level. He explains that according to Judaism, “Food is one of the categories that distinguishes man from beast. The way that we prepare food is very different than all other species in the world. We transform it. A kabbalistic concept is that when you eat food, you’re taking it and elevating it.”

The difference in how we eat isn’t just mystical, but practical too. “Jewish people, when we eat, we have to make sure that we have the proper sanctity. We don’t eat whenever we want. There are certain times when you’re allowed to eat, certain times when you’re not allowed to eat. We make blessings on our food, we wash our hands properly. When you sit down and have a meal it’s a wonderful thing, but you have to make sure that you’re having it in a Godly way.”

Rabbi Hecht is thrilled that “Chopped” has become such a great platform to bring awareness about keeping kosher and about the Jewish approach to food in general to the public. The world of cooking might be exciting, but to Rabbi Hecht, the laws of kashrus will always come first. (And if you’re wondering how he handled kashrus on the show, you’ll just have to watch to find out!)

For further details, and to find out how Rabbi Hecht fares against the competition, tune in to “Chopped” on the Food Network, Tuesday June 21 at 10pm.

A Kiddush Hashem In A Most Unexpected Place