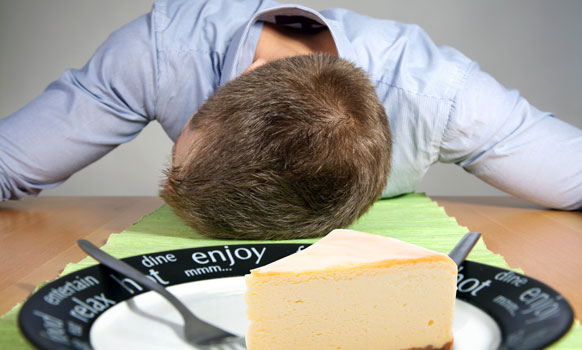 Do I Have to Stay up All Night Long on Shavuos?

As I get older, it gets hard to stay up all night long on Shavuos to learn. So am I obligated to? And where does this idea come from?

Shavuos is in many ways an atypical holiday. There are three Festivals in the Torah: Pesach, Succos and Shavuos. Pesach and Succos each last a week or so, with intermediate quasi-holidays that we call Chol HaMoed; Shavuos is just one day (two outside of Israel). The Torah is explicit about why we celebrate Pesach and Succos – to commemorate that G-d took us out of Egypt and caused us to dwell in huts, respectively – but it does not tell us outright that Shavuos commemorates the giving of the Torah at Mount Sinai. Even the date of Shavuos is obscured. Rather than just telling us the date as it does for other holidays, the Torah instructs us to count seven weeks from Passover.

Seeing how different Shavuos is from the other Festivals, it should not surprise us that it differs in another way. Pesach and Succos each have unique mitzvos. On Passover, we recount the Exodus from Egypt, and we eat matzah and maror. On Succos, we eat in a succah and wave the four species. But the practice to stay up all night learning Torah on Shavuos? That’s not of Biblical origin, nor is it an obligation.

The practice to stay up all night learning Torah is attributed to Rav Yosef Karo, the 16th-century codifier of the Shulchan Aruch, though its roots are much older. The Zohar speaks of Rabbi Shimon bar Yochai, who lived in the second century, staying up all night. His reason for doing so is compared to an attendant helping to prepare a bride prior to her wedding. (A wedding between God and the Jewish people is the common metaphor for the giving of the Torah at Sinai.) The ultimate basis for the tradition is a Midrash in Shir HaShirim Rabbah that describes how the Jews overslept on the morning when God was to give them the Torah, which showed a lack of enthusiasm. Throughout the generations, we rectify this national flaw through the many enthusiastic volunteers who spend the entire night engaged in study to show their appreciation to G-d for the gift of His Torah.

No particular course of study is prescribed. The Medieval Kabbalist known as the Arizal organized a selection of Biblical and Talmudic passages into a text called the Tikkun Leil Shavuot (“Order for the Night of Shavuot”). Some have colloquially come to refer to the all-night study session itself as “tikkun leil Shavuot.” While not technically accurate, it is not inappropriate. The word “tikkun” in Hebrew can also mean a repair or a correction. While such was not the intention of the Arizal, it is perhaps a fitting way to refer to the night’s activities, seeing as they are intended to make up for the oversight of our ancestors.

The custom was originally to stay up learning the Tikkun Leil Shavuot, which contains excerpts from the various books of Tanach, as a means of preparing to receive the Torah in the morning. Nowadays, the practice in most modern American synagogues is to hear speakers and/or to study in small groups. This is a completely voluntary practice. It is much to be praised but it’s definitely not for everyone. In fact, it’s preferable that some people do sleep. The recitation of the morning blessings is complicated by not sleeping, so one who has slept typically serves as leader for that portion of the morning service.

On Shavuos morning, when we read about the revelation at Sinai, we re-enact in microcosm the transmission of the Torah to the Jewish people. By studying Torah all night the night before, we prepare ourselves, emotionally and intellectually, to appreciate this gift. But if one doesn’t want to stay up for whatever reason – whether because one lacks the physical stamina, has children to watch in the morning, or will just feel lousy without a good night’s sleep – then there’s no reason to feel bad because this practice is completely optional.