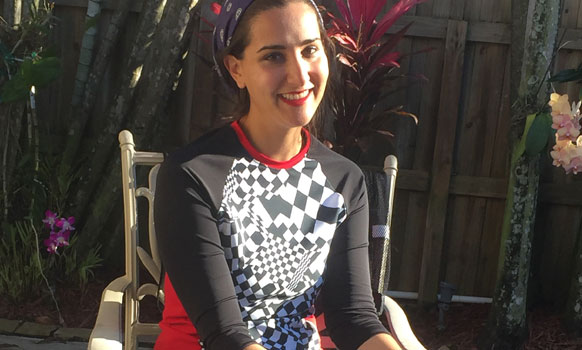 For our fifteenth anniversary, my husband and I did something we’ve never done since we started having kids a dozen years ago: get away for more than one night without a fetus or nursing baby. My in-laws were kind enough to offer to take our kids for several days, and we decided that Sunday to Thursday was a good amount of time to be away. We started doing research a few months beforehand about a tropical place with kosher food that wasn’t too far away. We considered Puerto Rico, the Dominican Republic, and Cancun.

We chose Cancun because it had the most kosher options. Growing up not religious, to me a vacation is when someone else does the cooking! We arrived in Cancun around lunchtime and were famished. We headed straight to an amazing 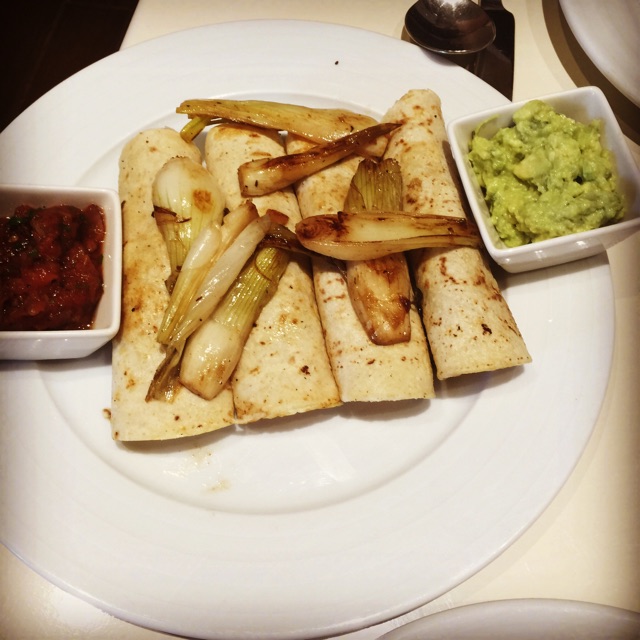 Mexican (duh!) meat restaurant called Kosher and Luxus. This place is so good, it would be a hit in New York City, which I noted to my husband is a pretty big deal since once you’re in the middle of nowhere (kosher-wise) you are kind of at the mercy of the kosher food provider. For our first meal there, we got a bunch of appetizers including steak tacos (pictured here), and my husband got a Mojito. We’re not big drinkers, but it was pretty fun to get something native to our location which was kosher. We ate there again at the end of the trip and got many more delicious dishes, including a steak fajita, a glass of wine (from a very impressive wine list), and Sangria (another one of those native drinks – but maybe by now we do sound like big drinkers!). (Now that I think about it, we also picked up two bottles of Kahlua in Duty free on the way out – but ONLY because “Made in Mexico Kahlua” is the only way to get kosher Kahlua.)

Mainland Cancun normally has three kosher places: Kosher and Luxus, Chabad (which sends fresh and tasty meals to your hotel – we did this for our last lunch and took a second meal on the plane), and a dairy fish place called Dag Dag, which was closed when we got there. It was opening up again the day after we left which was so soon, yet so completely useless to us!

As if Cancun didn’t have a large kosher selection itself (you can also buy some kosher products in the supermarkets), the island we escaped to (Isla Mujeres – a twenty minute ferry ride from the mainland) has THREE more kosher plac 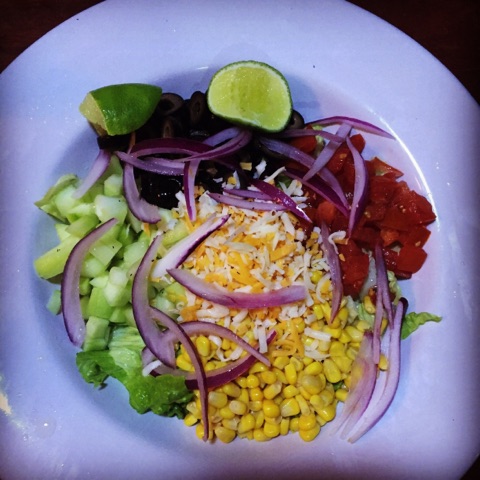 es: a falafel joint, which has nothing but falafel (though, they are very good at it!) another Chabad, which has basic but yummy meat Israeli style food (schnitzel, rice, etc.) and this adorable dairy restaurant – Cafe Maya – which has delicious salads (P.S. Greek salad in Mexico has corn, because Mexico), pizzas, and fruit smoothies which became my dessert everyday. 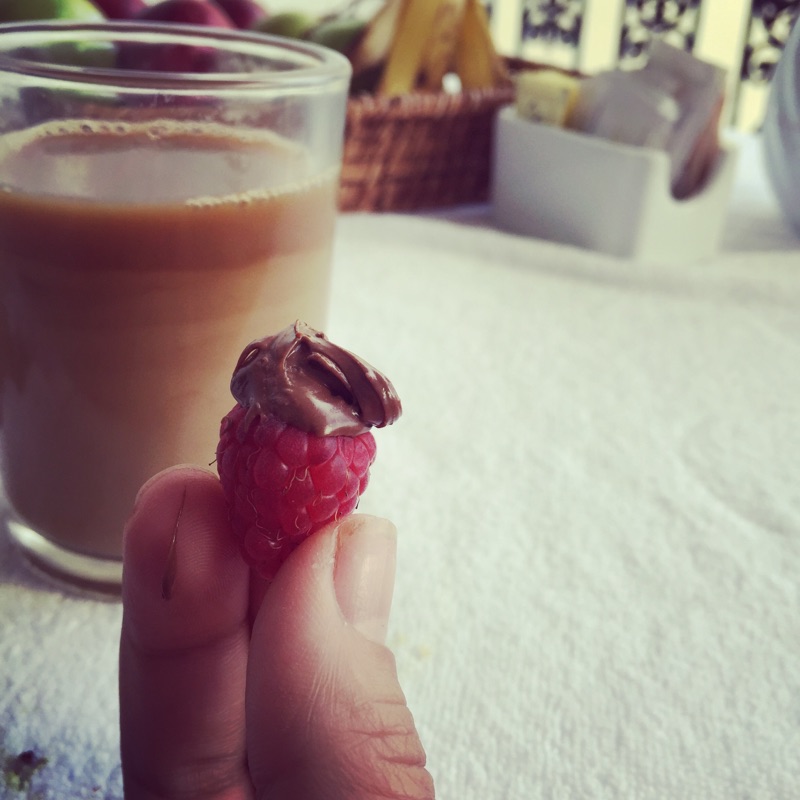 Much to my chagrin, Cafe Maya did not have the pastries they listed on the menu available any day we were there (hence smoothies for dessert!). Since desperate times call for chocolate, I found a creative fix and had our hotel bring me Nutella chocolate hazelnut spread which I dolloped on my fruit for breakfast many a morning. Then, I had a party for my mouth!

Besides kosher food, there are plenty of kosher activities to do while in Mexico. The island we visited (Isla Mujeres) is so small, people literally drive golf carts to get from place to place (we even saw a couple men driving pink barbie cars!), so something as simple as driving around in the cart to see sunsets and Mayan ruins was a fun outing. The hotel had bikes, which my husband managed to drag me on and kept me on until we reached a hill (then I told him I was quitting!) We got to do a bit of snorkeling and swimming. (Undercover Waterwear  has adorable modest 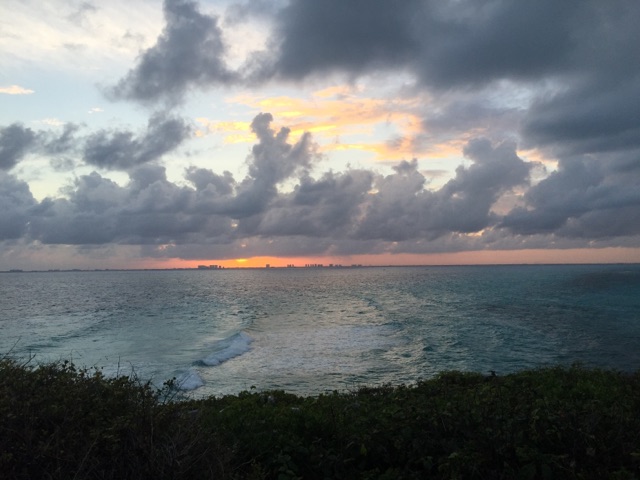 outfits perfect for swimming and exercising, like the one I’m wearing at the top of the post.) There are also apparently adventure parks near Cancun with off-roading and zip lines, but we called too late, because we were on vacation(!), and were not able to get a reservation. It will be at the top of our list for our next trip there.

While modest active and swimwear is great for mixed activities, for someone like me, who didn’t grow up religious, nothing can beat suntanning in a regular bathing suit on a beach with the sun, sand, and cool ocean breeze on your skin. Even this, my friends, is possible with some effort. When we arrived at the hotel, we asked one of the workers if they knew of any private beaches. In fact he did – a spot they’d go to in high school when they were ditching class. It was only a short walk away, totally secluded and it even had Facebook! A real slice of heaven for a kosher gal like me 🙂 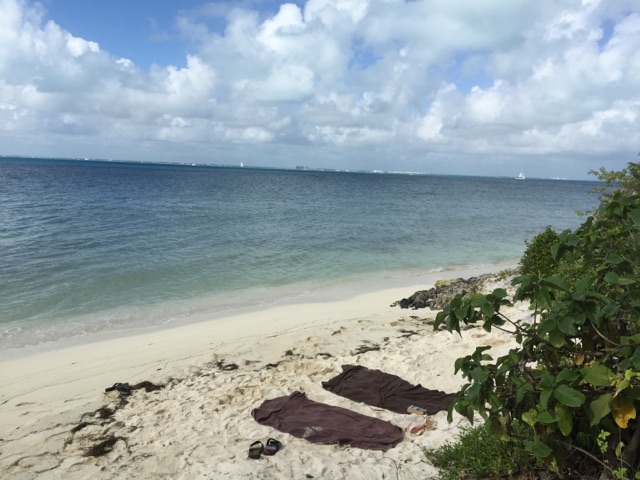 The Orthodox Jewish Doctor Who Saved a Life At 35,000 Feet

How Dressing Modestly Gave Me More Confidence About My Body