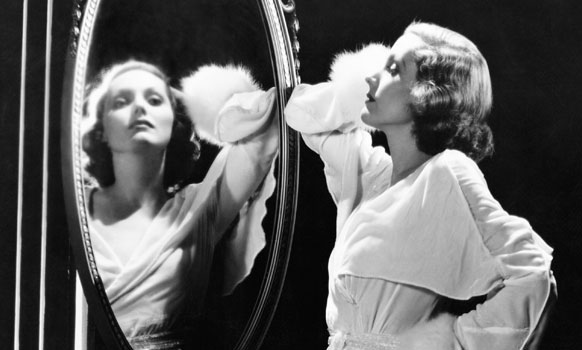 How Dressing Modestly Gave Me More Confidence About My Body

I was recently talking to a reporter from a major women’s magazine who’s working on a story about Orthodox women and modest dress, and as I was giving her the lowdown, she commented that I seem so confident about my body. Did dressing modestly help me with that, she wanted to know.

It was weird, because I had never considered it in those terms before, but suddenly, I found myself recalling feelings from my teenaged years (and pre-modest days) that I had never processed or verbalized to anyone in this way. This is what I said to her: for as long as I can remember, I was told that I was thin and beautiful. It became known to me at some point during childhood that thin and beautiful girls are supposed to show off their bodies. The purpose? So that guys will think you’re “hot” and give you attention. Attention from guys seemed to be one of the greatest things a woman could achieve.

In my mid-teens, I was regularly wearing short cut-off shorts (which earned me the nickname “Daisy Duke” on a summer teen tour), and I had a collection of (padded) bikinis (I was a late bloomer) which I loved to throw on and admire how mature and “hot” I looked. But then something troubling would always happen on the beach when I was wearing my bikini: a random guy would pass by and give me the “up down” and walk on.

I always felt so gross after such an encounter. As if he had taken a piece of me to enjoy for his own purposes without bothering to get to know or care about the person inside the body. But thoughts like these had no place in the world I lived in, so I’d push them aside, just push them aside and keep on dressing the same way, because I was thin and young and this was what I was supposed to do.

The crazy thing is, until this conversation with the reporter, I had never thought of myself as a naturally modest person. I was the “bikini/short-shorts” gal who, in the summer before college, started covering up, not because she cared about modesty or because she thought dressing immodestly was wrong or detrimental, but rather because she was adopting an observant Jewish life and modest dress was part of halacha. Just as the Jewish nation accepted the Torah saying “naaseh v’nishmah” (first we’ll do and then we’ll understand) I took on modesty in a similar way.

But then something happened – I remember so clearly the first day I wore a long skirt to the mall at seventeen years old. A guy passed me by and gave me the old “up down,” but my “up” and my “down” were covered up, and I actually let out a quiet “yes!” when I realized that I was able to retain ownership of my body that he couldn’t gain access to. Which makes me understand that I have always been a modest person who was conditioned by societal values to behave in a way that conflicted with my innate values and left me feeling violated on a regular basis.

We hear time and time again of women who are forced by ultra-conservative communities (across many religions) to cover up, and, that is wrong. Human beings should be free agents who live self-actualized lives. But what about when girls from the youngest of age don’t realize that they are being coerced to uncover and show off? Who is voicing opposition to that?

It’s one thing to fight an opponent you’re aware of. How much more insidious is the opponent who is so cleverly hidden?