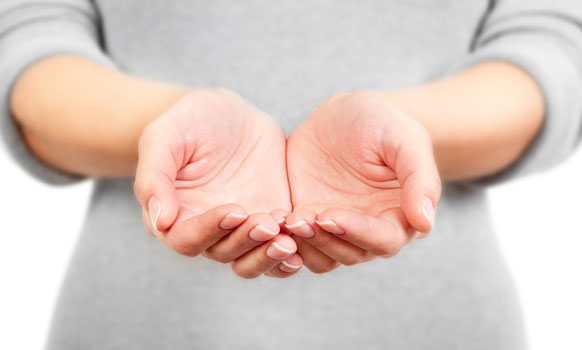 The Get Story You Never Heard

*Author’s name has been changed to protect anonymity.

When I finally came to terms with the fact that I was going to have to go through with a get (Jewish divorce), I did some research and quickly learned that there isn’t a lot of information out there apart from some awful films and some sites which explain basic protocol. I hope that my story will help someone who has to go through this, though I pray that no one else will ever need this knowledge.

The first meeting with the dayan (judge) in charge of my case was a few weeks after my husband said he wanted a divorce. The dayan had already spoken to me on the phone a few times, and now I sat and talked and cried, he listened, then closed the folder in front of him and said I wasn’t ready for a get.

He said no one can force a get on a woman who doesn’t want one and he was going to push my husband for a few months of patience.

The next time I met with the dayan, it was after a few months when I had realized that the get was probably the best thing for me, and even if it wasn’t, G-d had given me enough signs to say that He wasn’t giving me a lot of choice. He opened that folder again, took my names and address, my father’s name and asked me if my father was known by any other name or nickname. Since he used to be, I had to check with my dad to make sure no one was actively calling him that nickname now.

The dayan said unequivocally that I would not have to receive the get directly from my ex-husband. I was very relieved to hear this, as I had no conceivable way of handling seeing him there that day. My ex made a meeting with the bais din (rabbinic court) where he appointed a shaliach (messenger) and the get was written. I then made an appointment with an extremely caring administrator who was totally understanding when my voice broke on the phone. I arranged for a friend to come with me who would cry with me. No strength was needed, I needed to mourn. I was told that a get-helper would be there too.

The night before my appointment, I took myself out with a friend and my brother and sister-in-law. We had cocktails and a laugh. I was in a surreal world and wasn’t even sure who was looking out of my eyes, a feeling that has happened since and probably will again and again. How did this happen? How am I here?

The next morning I couldn’t get out of bed. I delayed the inevitable by reading and watching some cooking show on my phone. Eventually I texted my friend that she was going to have to drag me out of bed, but when she said she was coming I managed to get in the shower which was when the tears started.

I greeted her puffy-eyed and more tears came throughout the morning. She supplied me with hugs and tears and chocolate. She drove me to the bais din and was sweet enough to have remembered my choice in music to make sure the radio was set to my style on the way – she was awesome. I didn’t realize she’d done that until the way home.

After a short wait where the get-helper, a lovely woman with caring eyes, explained briefly what was going to happen, we were ushered into the actual chamber of the bais din, which I’d seen before but was still a bit daunting. A medium-sized room with books lining the walls, a large table at one end with one large impressive chair in the middle and two more formal chairs at either side. There were also tables in front, facing each other, for opposing parties to sit at when monetary judgements took place.

My friend and I sat in front of the large table. I grabbed her hand and held on tight. There was a box of tissues in front and I took some. The dayan (not the same one I had been dealing with) explained the procedure. I asked him if I could interrupt with questions at any point. I wanted to know if there were any points in the process that needed to proceed without break. He said only the reading out of various formalities, and I would know them as they were in Aramaic.

The shaliach sat on the left, two rabbi witnesses sat on my right. They looked elderly and kindly. One I recognized but wasn’t sure from where. The get-helper sat at the back of the room. It was wonderful having a third woman in the room. Then the shaliach read out the formal statement that he had been assigned by my ex to give me the get. I was asked, in front of the two witnesses, if I was receiving the get of my own free will, without coercion of any kind.

Then the dayan read out the text of the get. The Aramaic was familiar to me and it felt like the reading of the ketubah (Jewish marriage contract) under the chuppah. Abruptly, I remembered standing there with my husband years ago with so much hope and excitement. I turned the memory grey, then faded it out. I started to chant tehillim (Psalms) to myself in my head “From out of the depths I call to You….We are like those waiting for the dawn….” Tears flowed and my eyes were closed. I imagined how, to an abused woman, this get would sometimes be hard fought and so wonderful, but to me it was so painful.

Then he translated the get and I was struck by one line: “now you are free to follow your own destiny.” I didn’t want to be free, but now I was. MY destiny. My choices, my decisions. No need to ask or check with anyone, no need to conform to what anyone else might want from me. The translation was a little off – the true is “to have authority over yourself” but it works. Either works. That line gave me hope.

Then I was asked to stand and the elderly shaliach stood in front of me. Two more dayanim entered the room. This may have been before the reading of the get, I don’t remember now. My friend was asked to move to the back, but I knew she was there. I was asked to hold my hands out cupped. One dayan asked me to open them a little more. The shaliach dropped the folded get into my hands. I was asked to close my hands over the get, then raise them up to my shoulder. Then to put the get under my arm, and walk a few steps towards the door. This was to show my acceptance of the get and that it was mine to have if I wanted.

I then returned the get to the dayan who said it would be kept on file at the bais din and I would be issued a certificate attesting that my marriage was ended according to halacha once the Decree Absolut – the final stage of the civil divorce – was through. One of the dayanim who had entered the room to witness the receiving of the get then spoke to me, telling me he had nothing good to say except how much he hoped that this would be a good thing, that I would be strong and find happiness.

We discussed the peculiarities of my case briefly and again I was overwhelmed with the empathy that rolled off him in waves. I felt that he wanted to just pluck my pain away. I asked him some technical questions about the status of my ex now. The laws of separation were stronger – it wouldn’t be appropriate for my ex to be in my house – to put the kids to bed etc., if I was there. This was to prevent the familiarity that we were used to before to cause us to be intimate which would now be forbidden unless we remarried. The dayan noted it also wouldn’t be helpful for the children as they would think we were getting back together.

We left the chamber as I received blessings from the dayan, then checked a few details with the clerk before leaving. I hugged my friend, told her what I was thinking during the process, shed a few more tears then … It was done! It was like waiting for surgery. The anticipation was worse than the event and then came the relief. We went out for lunch.

Afterwards, I went home to my kids and we built a sukkah. From one Jewish ritual that I hope becomes increasingly rare, to one filled with joy and excitement. Sukkos is about reminding oneself that G-d is really protecting us at every step, looking after us and watching us, but right then I didn’t need reminding. I had felt G-d’s hand in the strength of my friend, in the empathy of the dayan, in the relief I felt after, as well as the sadness I felt during. It was a cleansing and it was done. Onwards and upwards. To my own destiny.

Esther is a mother of four and a teacher in the UK. (The name of the author has been changed to maintain privacy)