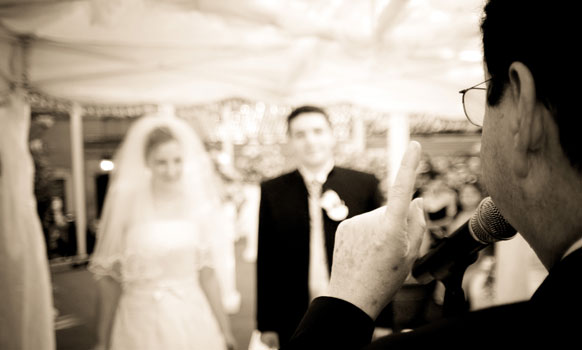 The Day I Resolved To Stop Criticizing My Husband

Last month my husband and I celebrated our fifteenth wedding anniversary. It made me wonder if I had any wisdom to impart – any lessons based on Jewish philosophy I had discovered over the years which help us keep our marriage strong and recover from challenging times when they arise. Was there something to say about giving? Good communication? Trust?

Nothing was jumping out at me, but then I remembered reading about a psychologist named John Gottman who is famous for the “love lab” – an experiment in which hundreds of couples were screened, interviewed, and observed over the course of two decades. As a result of the research, Gottman could predict in less than five minutes of seeing a couple interact, with 90 percent accuracy, if they were going to stay together or divorce.

What I read next shocked me. There are four communication styles which Gottman looked for to “predict” divorce: criticism, contempt, defensiveness, and stonewalling. One dysfunctional communication style paves the road to the next. The reason I was shocked was because at the time, my husband had been complaining a fair amount about my being hypercritical. It wasn’t a regular occurrence, but every so often I’d wake up in the morning and nearly everything he did seemed wrong. My criticism would lead to his defensiveness – the whole thing would just escalate. And thankfully, while we were always able to recover from this cycle of negativity, it certainly wasn’t a positive aspect of our marriage, whenever it would begin.

The day I read that study, though, I resolved to never be that hypercritical wife again. But what I realized is that there is one more piece to the puzzle which Gottman doesn’t mention, but that I had to incorporate first. There is a certain state of mind which must be in place before the negative communication begins: judging one’s spouse unfavorably. Before the negavity would come out my mouth, it was always in my head. I was viewing his actions in a harsh way. Which brings me to the Jewish part.

There is an idea brought down in the Talmud that “One who judges his friend favorably will be judged favorably by Hashem.” (Shabbos 127b) I had always thought that the meaning of this teaching was rather obvious: God acts according to “mida k’neged mida” – (measure for measure), so in other words, however we act, He responds in a similar manner.

Thinking about Gottman’s discovery, however, showed me a deeper insight into this saying. Hashem doesn’t simply judge us favorably because we judge others that way. It is through our efforts to see our spouse (or friends or family) with an ayin tov (in a positive light) which prevents us from starting down the road of relationship destruction. How could Hashem not view such a person favorably?

As we approach the end of the eseres y’mei teshuva (ten days of repentance), may we strive to be more generous in how we view all those with whom we interact and may we merit for Hashem to do the same with us. G’mar tov.

The Forward's Screed On Rabbinic Court, We Respond