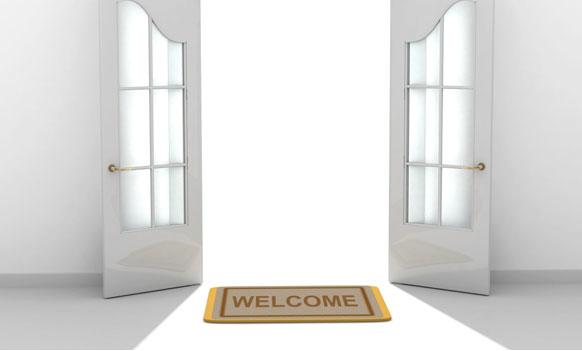 There is a story told about the late rabbi and physicist Aryeh Kaplan: As a teenager he began to explore Orthodox Judaism and spent a short time in yeshiva. After his brief stint, he wasn’t so convinced that observant life was for him, so he decided to leave. But he was a bit nervous as to how his peers would react when he told them the news. However, when he informed his roommate about his decision, his roommate didn’t argue with him or try to sway him at all. Instead, he offered to wake up early the next morning to help him carry his bags to the bus stop.

When Rabbi Kaplan saw his roommate’s magnanimous reaction, he was deeply touched and decided that maybe there was something to this Torah way of life after all. He decided to stay in yeshiva and went on to become a prolific writer and world class Torah educator and scholar. The story of Aryeh Kaplan’s roommate exemplifies how religious Jews ought to conduct themselves. Unfortunately, not all of us always live up to these standards.

A couple years ago, I was contacted by an ex-Orthodox man who had both witnessed sex abuse and had been molested himself, but his community was in denial about the issue and kept trying to sweep his claims under the rug. One day he decided he had had enough. He threw his black hat in the garbage and moved far away, leaving observance behind.

A few years later, he felt a pull to come back and give mitzvos a try again. So he went to his local modern Orthodox shul for Shabbos. He figured they’d have more progressive views on how to handle abuse than the community which he had come from (a seclusive part of the ultra-Orthodox world). He also hoped that by just showing up he’d get a “Good Shabbos” and a “Do you have anywhere to eat?” from his fellow congregants. But instead everyone ignored him for several weeks in a row until eventually he stopped going to shul again.

And as much as he resented his own community for their shortcomings on abuse handling, he told me they’d never just leave a single guy alone at shul. They’d invite him both for meals AND insist he stay over to sleep. Despite his anger, he couldn’t deny how exemplary his Haredi community was in terms of heimisheness (warmth) and hachnasis orchim (hospitality).

His story was so distressing to me because each group had failed him in a different way. In truth every single Orthodox Jewish community has unique areas where they excel and unique areas where they fall short, and ideally we should all try to learn from each other communities’ strengths and do our best to minimize our own communities’ weaknesses while living peacefully and respectfully with one another.

I met such a couple over a year ago when I spoke in Rockland county. This couple had been raised in one of the strictest Hasidic sects and did not feel that they could remain in it anymore. Unfortunately, their families had rejected them when they expressed their desire to move to a less strict Orthodox community. They came up to me at the end of my talk and said “We still want to be frum, we just don’t know how to outside of our old community. We don’t know who to follow.”

I once again was deeply troubled – both by how they had been rejected by their families and with how they were stuck religiously with no where to go. They left before I could get their contact info and despite my attempts to locate them, no one was able to put me in touch with them. So I started making calls on my way home from the talk – contacting people in different leadership positions of major Jewish organizations. I told them we need some sort of resource for people in this situation. (I have no idea, by the way, if the Hasidic or Haredi world has any resources for modern Orthodox Jews who transition into their community, but if there’s a need and nothing exists, then someone should start something!)

Over the course of the year, a lot of conversations on this topic have been had with many different people, but nothing concrete has been done because no one was ready to partner with me on this and I’m already insanely busy running Jew in the City and taking care of my family. But then yesterday I got yet another reminder that we must do SOMETHING. I read an account of an ex-Hasidic woman who wanted to stay observant after she left her Hasidic community, but every non-Hasidic school she checked out didn’t want her kid. After enough rejections she got fed up and just left all together. Today she is no longer observant.

So here is my modest attempt to do more than just talk. We have a big network here. We need you guys to speak up. If you’re in the Centrist or Modern Orthodox world and are willing to host someone (who has left the Haredi or Hasidic world) for a Shabbos and/or if you will help advocate for them to get a place in your school, then please comment below (scroll down past the Facebook comment section). Please give a first name only and a city. We’ll have your email address recorded privately. If someone from the Haredi or Hasidic world wants to be matched up with someone in the Centrist or Modern world, please email us at info@jewinthecitydotcom and we’ll see who we have in your area.

This is not a perfect solution to the problem, but this is my attempt to be like Aryeh Kaplan’s dear roommate and do some lifting when someone out there needs help.

An Ethiopian Jew's Journey To Israel

The Orthodox Man Who Saved A Life With His Yarmulke