Why Are There Orthodox Jews Dressed To The Nines On Welfare? 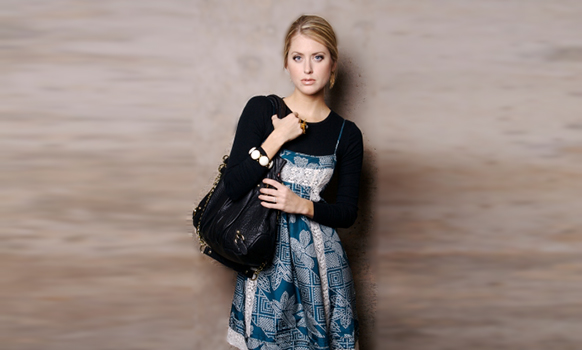 So I have a question that I have been pondering a great while. I am not Jewish but I live in a city with a large Orthodox population and I happen to live in this neighborhood and I truly love it. I do however find myself at times seeing one thing that perplexes me. Many of the families utilize Access cards-the equivalent of food stamps-because it appears they have large families. Yet, they carry expensive purses and although modestly dressed, still do so with expense. I ask myself why must they utilize public assistance meant for the poor and impoverished if they are making a religious choice to have many children and possibly live without an income or two incomes? I know many other “populations” get flack for utilizing the system or even using it, but it doesn’t seem like this causes any unrest. Is there a reason why those families cannot go and work and support their families as I need to support mine?

Thank you for your question. The answer is complicated in that there’s no “one size fits all” answer that suits everyone. This family may have real hardships, the likes of which are not evident from observing them on the surface. That family may be receiving assistance from family members, so they have nicer clothes than they might otherwise be able to afford. Another family may have had parents unsuccessfully looking for work for months. (The economy is still bouncing back and many places are only hiring part-time to avoid having to give benefits.) Still another family may indeed be cheating the system. That’s not cool, but I don’t have any reason to believe that it’s happening en masse.

The fact that people have large families for religious reasons is immaterial. Is that better, worse or the same as a single mother who has numerous children from different fathers? How or why one has children is really irrelevant: the issue is that they’re here. So you really can’t tell what’s going on. I know a family (single mom) that gets government assistance and the woman of the house always looks like a million bucks. They work but their income is too little to survive on. She’s mastered the art of thrift store shopping. We have a religious principle to judge others favorably. While I am sure there are many who take aid unnecessarily, I know of many, many cases where that is not the situation. Surface appearances, however, are often very misleading.

Now, there’s one thing that the woman writing did not specifically ask, so I did not address it, but readers here may be wondering, and that’s about kollel. Kollel is when the man of the family studies Torah for a living. The yeshiva in which he is learning generally pays a stipend but it’s not big money. The woman of the house often works in such cases but she may be pregnant and/or caring for small children, or the family may have a larger number of children, so she may not be able to work continuously or her income plus his stipend may not be sufficient for the size of the family. Accordingly, some people look down upon kollel students as “leeches on society.” As is the case with generalizations, such characterization is too broad and unfair.

On the one hand, we have the concept of a “Yissachar-Zevulun” relationship. In ancient Israel, the Tribe of Zevulun (Zebulon) would engage in commerce and they supported the members of the Tribe of Yissachar (Issachar), who studied Torah full-time. The members of Zevulun shared the merit of the Torah study they supported. This is in part the model for the modern-day kollel: business people support those who engage in Torah study and earn merit through it.

But there is also an obligation to teach one’s children a trade. In fact, one who does not teach his son a trade is considered as if he taught him how to rob (Talmud Kiddushin 30b). Similarly, the Talmud in Shabbos (118a) tells us that one should make his Shabbos like a weekday rather than accept charity. [Let’s contextualize that last statement. That certainly does NOT mean to work on Shabbos! It means to eat two meals as one does on weekdays rather than the three meals one would normally eat on Shabbos.]

All of this addresses the one who may or may not be working. There is also an obligation to give others charity in a respectable fashion. Anonymity is preferred and we are meant to help people maintain their standard of living, not just help them squeak by. The highest level of charity, however, is helping someone to get a job and become self-sufficient. (Teaching a man to fish instead of giving him a fish, as the saying goes.)

So the kollel situation is multifaceted. It’s necessary for our people in order to produce Torah scholars – we’d be in sorry shape without it! – but that’s not to say that it’s a choice for everyone. Some people do it for a year or two after marriage before entering the business world, while others do it long-term. By and large, however, most people do choose to pursue other forms of employment and those who learn in kollel are not so numerous as to drain a community’s resources.

Announcing Jew in the City's 2013 Orthodox Jewish All Stars!!