Why Do So Many People Hate Orthodox Jews? 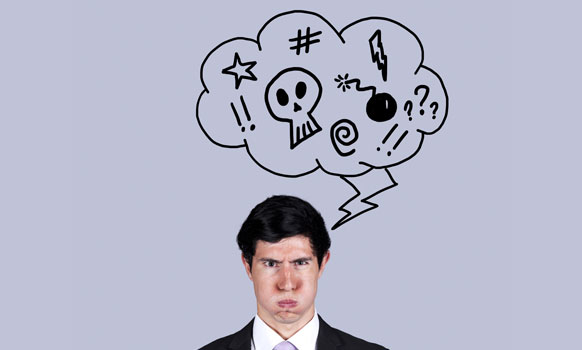 Why is there such hatred towards Orthodox and Chasidic Jews? As I pursue becoming observant, I have received many negative comments about the Orthodox, especially the Chasidic, from fellow Jews in particular. Why is this? I don’t understand. Can you shed some light on this.

It’s a great question. It’s one of the things that motivated me to start JewintheCity.com and attempt to re-brand the public perception of Orthodox Jews. While I’m neither a sociologist, nor have I conducted any formal studies on the matter, I’ll share with you my best guesses as to the root of these negative feelings.

1) People don’t like what they don’t understand: Orthodox Jews, ultra-Orthodox in particular (which includes Chassidim as well as non-Chassidic “Yeshivish” Jews) live in rather insular communities, wear clothing that makes us look different, eat in our own (kosher) restaurants, and every so often can be seen praying in public spaces (like airports) wrapped in prayer shawls (tallisim) and tefillin, while fervently shuckling (swaying). All in all, to an outsider, we seem weird! The thing is, your average person, if given the chance to hear the meaning behind many of our customs and practices, would probably see a beauty to them. Since most people don’t get the a chance to hear the explanations when they observe us on the street, all they’re left with is the first impressions which are negative.

3) There are some bad apples in the bunch: Even though Orthodox Jews are supposed to live according to high moral standards, unfortunately not all of us do.  Though most people will never personally meet an Orthodox Jew (as we tend to live in only specific cities and there are entire states and countries that are basically uninhabited by us) people that do have negative experiences will share their stories with others. And because we’re supposed to be living up to higher standards, we’re not only looked down upon as regular wronger-doers but as hypocrites to boot.

4) The media portrays Orthodox Jews very negatively: Negative interactions that occur one by one can only spread so far. The real way that the bad apples hurt the Orthodox community is when their misdeeds make headlines. Our community only seems to get news coverage when one of us does something bad. (Which unfortunately seems to happen all too often.) Maybe it’s because the media loves to hate us, maybe it’s because many of the everyday good acts that most of us are doing aren’t interesting enough to make headlines. Whatever the case, when people read about us in the papers, it’s almost always due to something negative. If the only “religious” Jews that make the news are the liars, cheaters, and molesters, the entire community gets reflected in that light.

In additon to news media, we’re generally portrayed negatively in books, movies, television, and plays. These portrayals could be based on the lack of understanding, the fear that we’re judging, and/or the negative headlines we make. But there’s one other factor that could be causing writers and authors to depict us negatively – the personal experience reason (again). We Jews tend to be a creative bunch and are disproportionately represented in many creative industries including t.v., movie, book, and play writing. I have a feeling that there’s a certain percentage of writers out there that either used to be Orthodox or have had negative encounters with the Orthodox.

When dealing with a creative story telling medium, all you need is one person who grew up with a strict Orthodox father or who got cheated by an Orthodox business partner and suddenly the mistakes of one person can be depicted in some form of entertainment seen or read by many. The majority of viewers/ readers, probably don’t have personal experiences with Orthodox Jews (since we tend to be more insular and live in select cities, as mentioned before) to tell them that what they’re watching/reading does not apply to everyone.

5) People think that our values are old-fashioned: The general moral code for the secular world is that any behavior that doesn’t harm another person is permissible. Orthodox Jews, among other religious groups, believe that God has expectations of people that go beyond the golden rule. Even if most Orthodox Jews don’t try to impose their values on others, the fact that we simply have them is offensive enough to many people.

Solutions to these problems will not come quickly or easily, but I’ll keep doing my part to get the word out to the world about who we really are and what we really believe. Then, maybe one day, people outside of our community will judge us based on reality rather than perception.

Jew in the City Season One Bloopers