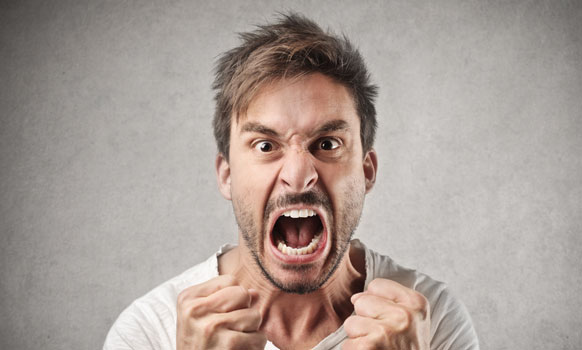 I call it a “food mood.” I don’t know what it is exactly – we’ve never consulted a doctor for a technical term – but there is something very real and disturbing that happens to my husband’s blood sugar when he gets hungry. It makes him faint, dizzy, and downright iRrAtiONal. It runs in his family, and now it runs in mine. (Aren’t genes the best?)

It starts with a look in his eyes and a desperation in his voice. Then come the baseless accusations about my moodiness. If I’m smart, I’ll quickly find him some food – then run for the hills until he’s eaten it, lest he bite off my head first. (Did I mention that my husband is normally one of the sweetest guys around?)

My daughters have it too, oh boy, do they have it! (The verdict’s still not in yet with the baby boy, though I pray that at least one member of my family will be able to get hungry without getting nasty.)  Sometimes, I find myself alone with all three kids in the late afternoon, too early for dinner, too late for a snack when it hits. One of them will say something mean to the other, but nothing really too mean. Then the other one will get hurt in some way, though nothing really too serious.

Minor triggers such as these with a food mood lurking are enough to send my girls into a tizzy like you’ve never seen: screaming, hitting, unintelligible noises — once I even got bananas smashed into my boots by a rude-dude in a food-mood, aka one of my daughters, as I was trying to feed the mood out of her.

Food moods don’t run in my family, but we have our triggers too. Whoever said “there’s no use crying over spilled milk” never saw milk spilled at my house. We think crying and screaming over anything that spills is quite useful, and apparently it’s been this way for generations.

I don’t know why seeing a glass of water tip over makes me want to flip out, but such a reaction just seems so natural to me. Any stress that involves messes, broken dishes, and/or whining children is the sort of thing that pushes certain members of my family over the edge. And because I was raised to snap when something breaks, the urge for me to do the same is VERY great.

Many people resign themselves to their temper – it’s just who they are or how they were raised – but Jewish wisdom tells us we must fight against it. For nearly all character traits, the rabbi and philosopher Maimonides instructs us to find a balance – the “golden mean” as he calls it. Be generous, but not to the point that you have nothing left for yourself. Be honest, but not to the point that you offend people.

When it comes to anger, though, Maimonides warns us to completely obliterate it from our being. The Talmud explains that giving in to our anger, whether it’s due to a food mood or a spill mood, is equivalent to worshipping idols.  That’s because normally our actions are guided by the wisdom of the Torah, but when we become angry, we let the anger itself hijack our free will, and in a sense, we worship it instead of God.

(For any relatives who were specifically or unspecifically implicated in this piece, please know that I love you dearly. Please also know that I hope you read this on a full stomach, far from any spills or whining. If this doesn’t appease you, please stay tuned for my upcoming article on the importance of forgiveness.)

Why Don't Women Read From the Torah in Orthodox Synagogues?

This One Secret Will Keep You From Burning Your Food